In the wake of the Arab Spring in 2011, the King instituted constitutional reforms in response to demands for more citizen-centered governance. The task now is implementation. IRI is thus on the ground, helping Morocco put into practice reforms that empower local government to tackle the development needs of their own communities.

This is an excellent opportunity as local government bodies now have an increased autonomy to engage citizens and create well-informed policies. On a wider scale, responsive governance has shown to build more stable societies that are less vulnerable to extremism. This is no easy task, however, and the process to expand the powers of local government and promote inclusive politics needs substantial support to succeed.

The key to success here, IRI believes, is to support both current and future leaders, particularly those underrepresented in politics – such as women and youth. One way IRI is doing so is through an internship program IRI launched earlier this year. Through the program, IRI placed four female college graduates – Hanane, Mariam A., Asma and Mariam S. – at the regional council of Guelmim-Oued Noun, an underdeveloped region in southern Morocco.

During the three-month internship, IRI provided monthly technical trainings, civic education and mentorship to the interns so that they could, in turn, better understand how government should work and provide administrative support to the council’s female elected officials.

Training topics ran the gamut from how to write clear emails, memos and reports to how to consider the differential impact decision-making may have on various segments of the population. The regional council’s vice president, Mohamed, shared that “the training topics were very important for a councilor’s work.” Armed with these practical skills and knowledge, he further noted, “the interns were hard workers and ready to help with anything [the councilors] needed.”

At the launch of the program, the four interns had little to no political background or experience; IRI selected them due to their high level of motivation and commitment to the program. Though IRI developed this internship opportunity with an eye towards supporting female councilors, the impact on the four young interns has been particularly significant.

A Window into Government

During the internship, the interns had the unique opportunity to view the day-to-day workings of local government. Interns saw both the opportunity and challenges that women in politics face – even once they have been elected to public office. For example, the interns came face-to-face with the persistent problem of male councilors not valuing female councilors’ presence or opinion, demonstrating the lingering gap between the 2011 constitution’s calls to increase women’s substantive engagement in politics and the extent to which such reforms have actually been put into practice – particularly in more remote areas of Morocco. Asma, for instance, expressed her concern that female councilors are “controlled by men, just like an object.”

Faced with these challenges, the interns also gained practical experience in working around obstacles. As female councilors, for instance, had limited access to council proceedings, the interns had to adapt to the situation and ensure that the councilors they supported were well situated to respond to pressing needs. Through interactions with the councilors, the program showed Hanane, for instance, that women don’t attend council sessions due to factors “other than simple motivation.” Despite all of this, Hanane told IRI that the program taught the group a “spirit of initiative.” She and the other interns demonstrated their willingness to use this skill by developing a qualitative needs assessment survey and traveling to each of the councilors’ homes to learn more about skills they lack and difficulties of being a counselor.

Another major takeaway from the internship, according to Hanane, was an understanding that women must support one another rather than succumb to inter-party divisions in order to advocate effectively for their constituents’ needs and priorities. She suggested that a regional network, similar to IRI’s Women’s Support Network, specifically focused on increasing women’s representation in elected bodies, would alleviate the difficulty of being a female elected official in Morocco. Through continued support for women elected to subnational bodies across Morocco, IRI is working to ensure that women who are interested in politics have the confidence, skills and opportunity to play an active role in Moroccan politics. 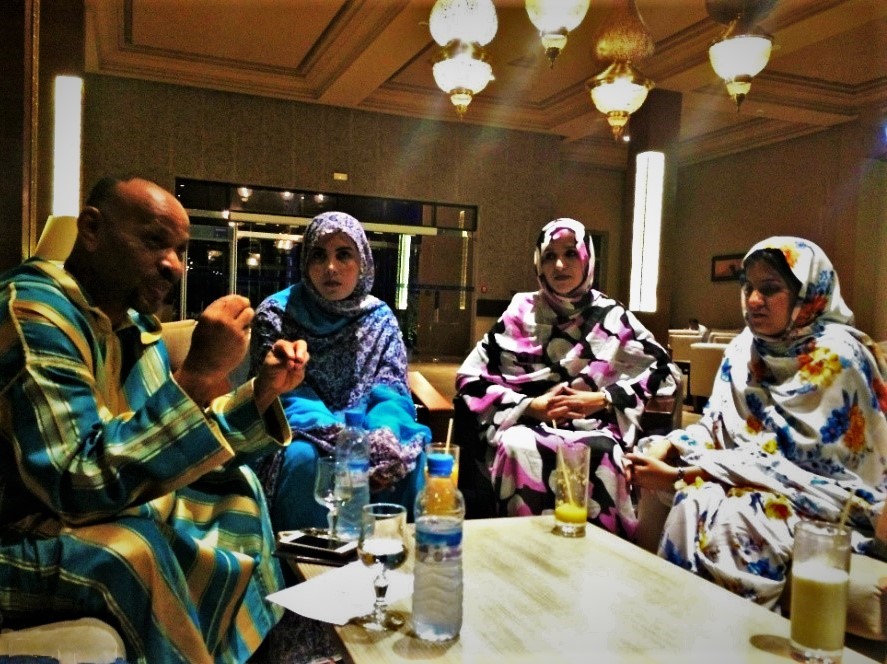