With more than 630,000 registered Syrian refugees out of a population of 6.5 million, Jordan faces inevitable tensions between its own citizens and the people it has sheltered from the civil war tearing apart its northern neighbor.

Most of the Syrian refugees live in cities near the border, not in camps. Populations of Jordanian towns have doubled and even tripled. Syrians and Jordanians compete for housing, jobs, water, electricity, waste disposal, health and education in a country whose economic performance has been middling at best. Local governments and the services they provide are overwhelmed. For the Syrians, a seemingly temporary emergency is turning into a long-term nightmare.

Jordanians and IRI staff concerned about this situation and its longer term risks met recently in Amman to consider possible solutions. Their energetic brainstorming session identified six goals that, if realized, would significantly reduce the risks involved and promote coexistence between Syrian refugees and Jordanians:

Little is being done along these lines yet. Few Jordanians and Syrians are prepared to manage local conflicts. Local governments have limited resources and little interest in meeting the needs of Syrians, who Jordanians sometimes view as privileged by international donors. Rights are ignored and responsibilities neglected. The Syrian and Jordanian communities are largely segregated from each other and enjoy little communication or mutual exchange. Economic opportunities are limited for both communities in a country that has a high fixed exchange rate with the dollar and little appetite for economic reform. Donors are neither transparent nor accountable from the local community perspective.

A far more intense focus on these issues is required. Training in conflict management of key people in both communities, perhaps to work in tandem, would provide a quick response capability as well as a longer-term capacity to reduce tensions. Overwhelmed local governments need help, including from local civil society organizations, in analyzing and responding to needs. More integration in win/win economic enterprises and social services would reduce tensions. Donor transparency and accountability would give both Jordanians and Syrians confidence that they are being treated fairly.

This dialogue among Jordanians was just the start of a much broader process of consultation. Syrian refugees should meet to brainstorm their own goals, which are likely to be different from those the Jordanians outlined. Then they will together need to look for ways in which both groups can cooperate to turn their difficult challenges into opportunities. Syrians may be in Jordan for a long time, like the Palestinians and Iraqis who preceded them. Both countries can ultimately gain from the talents and enterprise Syrians have to offer. 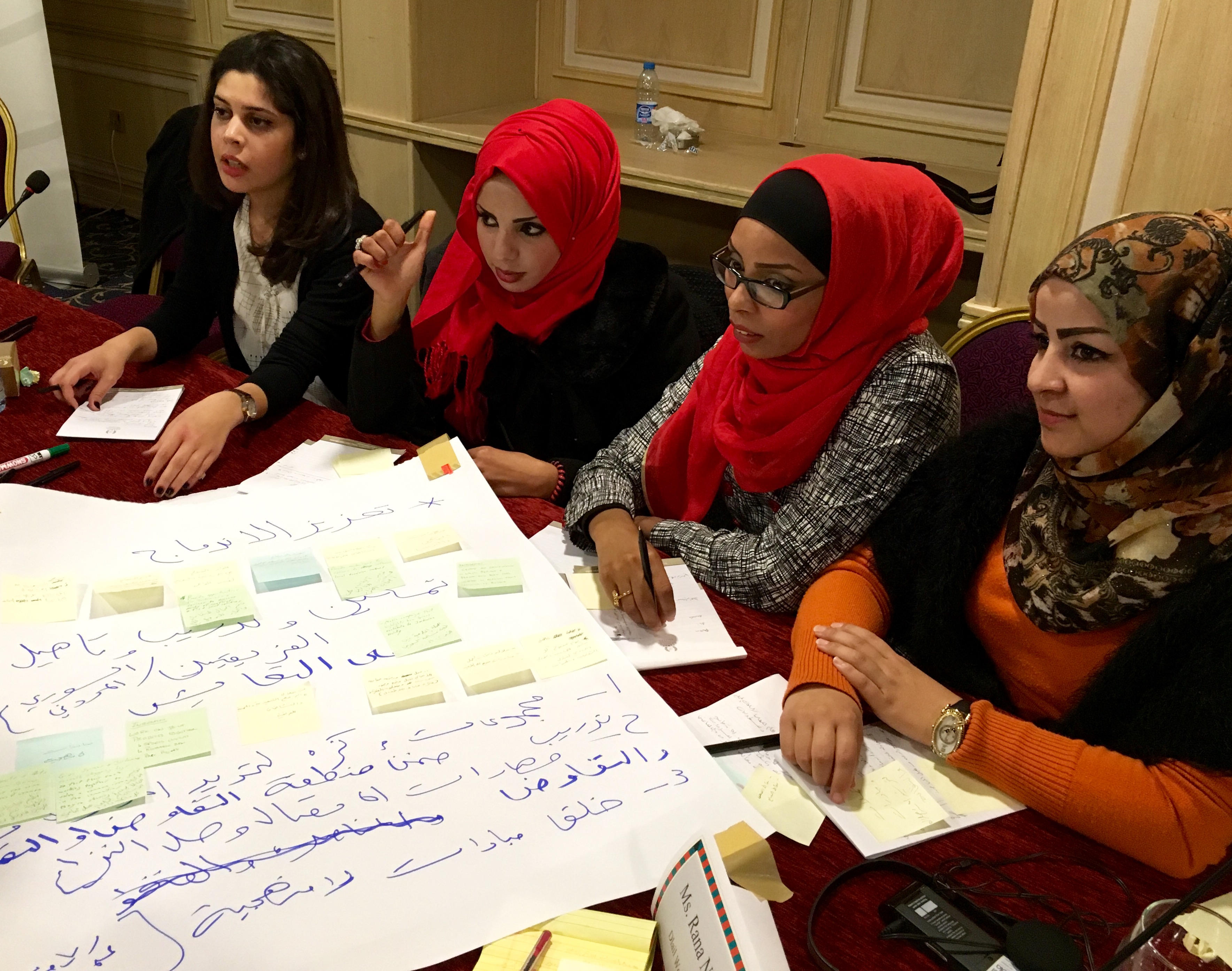