Reaching Out to Lao Villagers about Women’s Rights

IRI’s Civil Society Community of Practice (CoP) is conducting a series of interviews with current and former civil society partners to highlight their work. Through IRI’s partnerships with civil society groups throughout the world, we empower citizens to find solutions to community problems and be the voice of society’s most vulnerable. This is the second blog post in the series. You can read the first one HERE.

The following is a condensed and edited version of the CoP’s interview with Inthana Bouphasavanh, the director of the Association for Development of Women and Legal Education (ADWLE), based in Vientiane, Laos. Through IRI support, ADWLE’s trainings have reached over 6,000 rural Lao villagers on women’s rights, gender equality and civic inclusion in Laos.

IRI: What drew you into civil society work?

Bouphasavanh: I entered into this line of work in 2005 when I became a member of the Lao Convention on the Elimination of all Forms of Discrimination Against Women (CEDAW) Resource pool, a group of 12 individuals including people from non-governmental organizations (NGOs), government and researchers aimed at promoting women’s rights in Laos. After joining the resource pool, group members saw how passionate and committed I was to advancing gender equality and encouraged me to start my own organization.

Upon the passage of the 2009 Non-Profit Association (NPA) Decree, I submitted an application to launch my own organization – ADWLE. Starting with just two staff members, ADWLE began working in 2010 with the Law and Political Science faculty at the University of Laos. With the University, ADWLE raised awareness of gender equality to combat human trafficking in six villages.

IRI: What is your long-term vision for ADWLE?

Bouphasavanh: There are a lot of things that I hope will happen in ADWLE’s future.

I want ADWLE to be seen as a leading training center on Lao women’s rights and to be a model for other organizations looking to provide legal services to vulnerable women. I want to increase ADWLE’s capacity to provide legal and personal assistance to women who are victims of domestic violence. I also would like ADWLE to be a place for champions of gender equality to conduct research. For five years, ADWLE has conducted research on laws that affect Lao women. I want to continue our research so we can help people understand that women are equal to men, even in Laos. Right now, we are doing research on sexual harassment in the workplace.

IRI: What sort of work do you think people need to do more of in Laos?

Bouphasavanh: We need to work with teachers so they understand women’s rights and the importance of gender equality in the classroom. By educating teachers, they will be able to integrate these concepts into their curriculums. It is difficult to change the views of the older generation, but through education we can shape the perception of how Lao youth see women’s rights. My strongest aspiration for ADWLE is that we can help more people respect gender equality. This sort of project would not cost a lot, but could make a significant impact on the lives of young people.

IRI: Do you have any advice for other Lao women?

Bouphasavanh: Know you rights! The Lao government has laws in place that ensure women have equal rights. Women need to make the decision to learn about the laws that protect them and vigilantly defend their rights in the community and in the workplace. You can only succeed if you keep developing yourself and never think that because you are women, you have less power. If women can change their attitudes, I am confident that they can be leaders in Laos’ political, social and economic development.

IRI: What words do you live by?

Bouphasavanh: When I returned to Laos after attending university in Australia, I did not know if I was ready to dedicate my career to educating Lao people on gender equality. However, my experience abroad showed me that as long as women work hard to improve their skills and deepen their knowledge, they can be educated, employed and productive members of the community—just like men. I realized I was ready to take the leap and I would do my part in changing the perception women have of themselves in Laos.

If you have a dream, make it happen. Speak up in your community about what you believe in. Do not be silent. 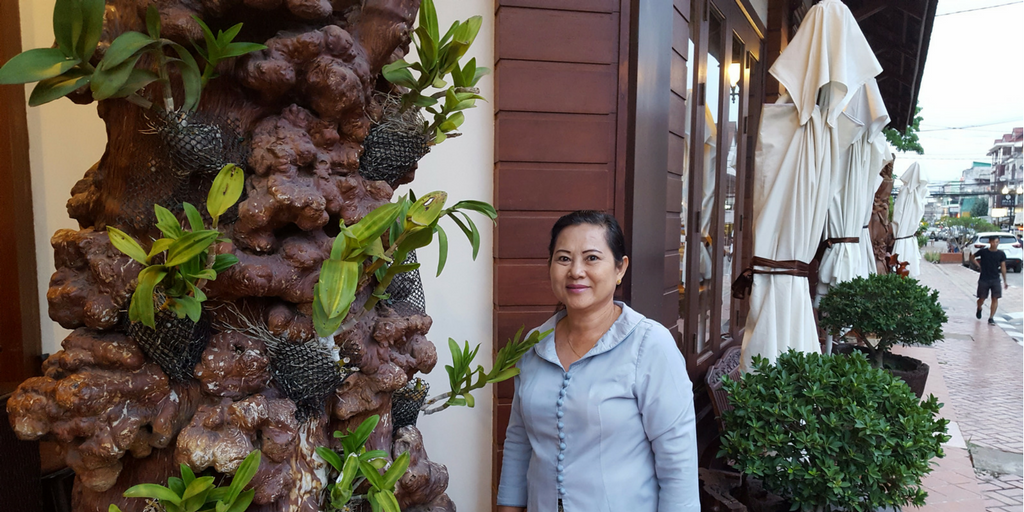 This content is based on an interview conducted by Darin Bielecki, IRI’s Resident Program Officer for Laos. Interview content was adapted by Meryl Ertelt, IRI’s Laos Senior Program Associate.