Thirty years ago, President Reagan, a hero to many, stood up in front of the West Berlin audience, with the monumental Brandenburg gate behind his back, and spoke these unforgettable words: “We welcome change and openness; for we believe that freedom and security go together, that the advance of human liberty can only strengthen the cause of world peace. General Secretary Gorbachev, if you seek peace, if you seek prosperity for the Soviet Union and Eastern Europe, if you seek liberalization, come here to this gate. Mr. Gorbachev, open this gate. Mr. Gorbachev, tear down this wall!”

His powerful words were like thunder and shook the bases of the Soviet Bloc. A fear was seeded in the minds of communist oppressors, for they knew that people who lived under their thralldom wanted to be free. Nearly three years after the famous speech the will for freedom prevailed. The Berlin Wall was dismantled and people of the East, after long decades of oppression, could finally decide on their own how they wanted to live. This is where the story of Europe whole and free started.

The journey continues until these very days. Many of those countries who were forced to live under the yoke of the Soviets are now proud and equal members of the most successful peace project in the history of Europe – the European Union. Empowered citizens of the EU can enjoy unprecedented levels of freedom, welfare, security, and stability. People of countries like Slovenia, Estonia or Czech Republic are living lives that their ancestors were not able to imagine.

That is why IRI still works in this part of the world. We know that there are plenty of people who, with just a little help from outside, might achieve great things and help to better lives of millions in their countries. IRI’s Europe Whole and Free Leadership Academy (EWFLA) is just about that. For the past year, we have worked with a group of 21 highly talented and promising young leaders from countries of Western Balkans, Georgia and Ukraine.

With help of our great trainers who are top-league leaders in their own countries, we were able to show them the newest trends in politics in the U.S. and Europe. This drew the young participant’s attention to main problems that Europe faces and offer ways how to solve them. Simply put, we tried to make them stronger and better prepared for their future roles as their respective countries’ leaders.

And to be totally honest, personally, it was a wonderful experience. I was humbled in front of their willingness to change the world. To see their passion for learning new things, discussing and analyzing difficult problems and looking for viable solutions, it was an inspirational journey.

But all journeys have an end, and this one was no different. But what an end it was! The last installment of EWFLA series took place in the city of Berlin. We could not choose a better place. The German capital, full of history, both great and tragic, a monument to the power of man’s will, offered a special place for the big finale. Having a chance to feel the greatness of the old Reichstag, a home of the present-day German parliament, to walk under the grand Brandenburg Gate, to see the last remains of the Berlin wall, all of this made me see what people are capable of achieving if they decide to.

EWFLA participants decided to be active and to be fully involved for they knew that no one else will make their dreams come true for them. And when the end of the Academy was drawing near they felt the need to come together. They realized were not alone in their efforts, that there are many of them, united in their vision of Europe whole and free. And so, united as one, these young leaders of Europe prepared a document, a common declaration, with their ideals and vision for Europe. To see them sign the declaration, one by one, I felt that we accomplished something real.

And long after the Academy ended, when they were back in their homes, they knew that if they decide to, they can achieve anything, that the sky’s the limit. And words of great President Reagan were echoing in their ears: “Beliefs become reality.” 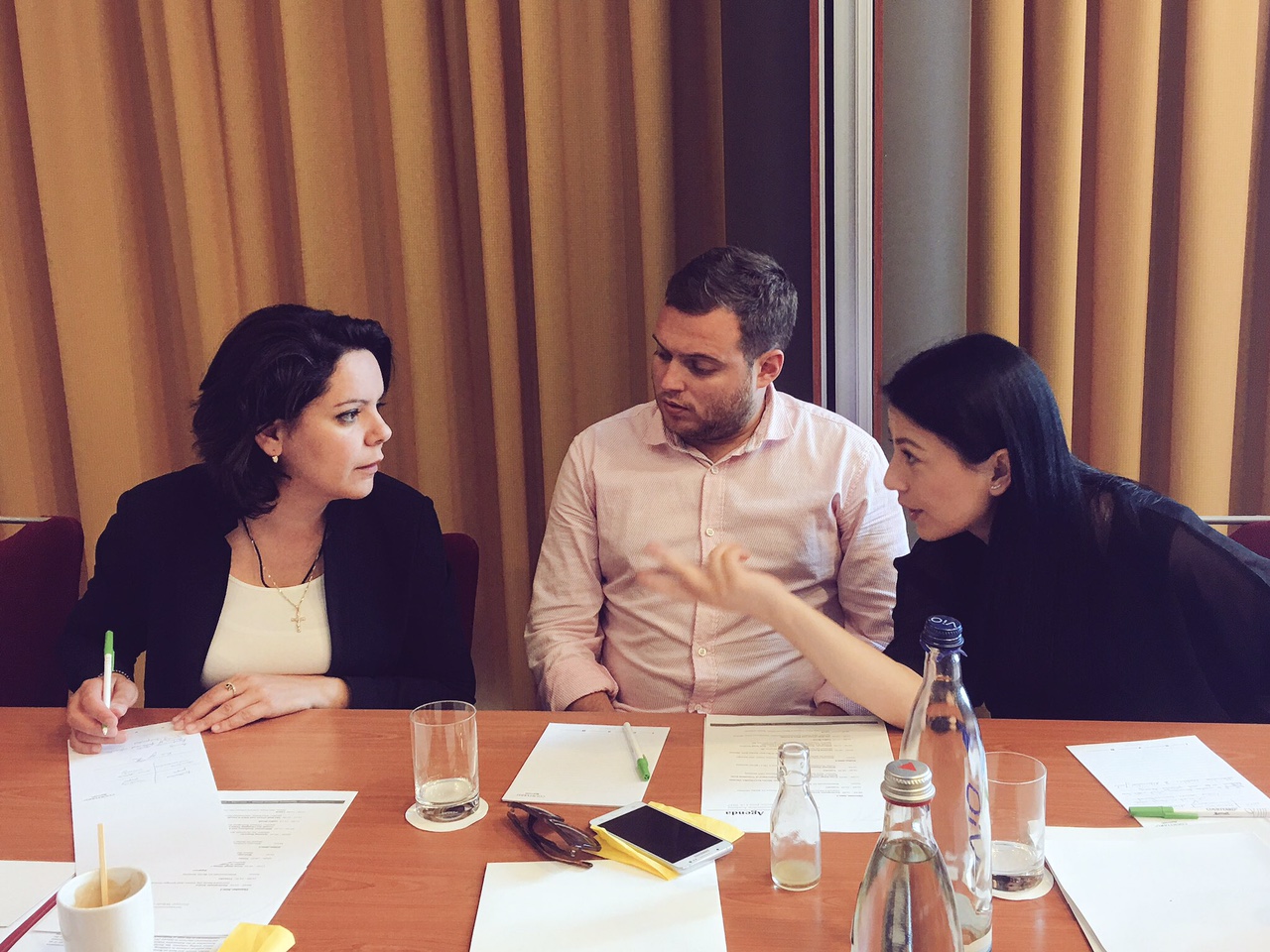