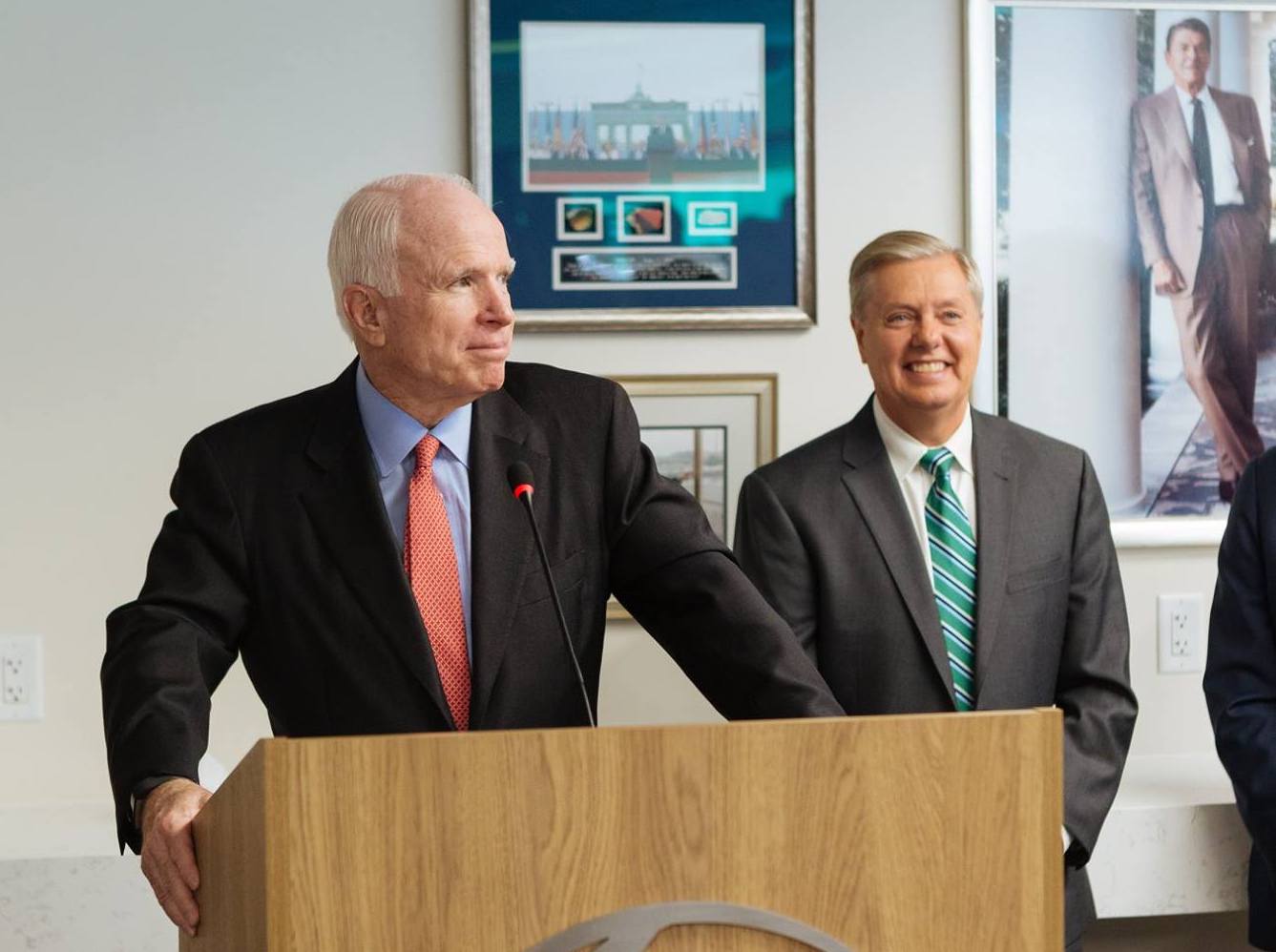 Washington, D.C.—The International Republican Institute (IRI) issued the following statement in response to the announcement that IRI Board Chairman Senator John McCain has been diagnosed with cancer.

“IRI sends its thoughts and prayers to Senator McCain and his family at this difficult time,” said IRI Board Vice Chairman Jim Kolbe. “We all know John McCain as a senator and a statesman, but more than anything as an American hero who has worked tirelessly to advance the cause of freedom and democracy around the world. We can say with confidence that no one will fight harder or more bravely to defeat this illness than Senator McCain.”