Like much of the civil war-torn nation, decades of conflict have plagued Burma’s southeastern Kayin State.

Since Burma’s independence in 1948, persistent corruption and poverty have afflicted both areas of the region under the control of ethnic armed organizations (EAOs) and those controlled by the national government. A tangle of interest groups — largely domestic, but some foreign — continue to vie for influence, business opportunities and resources in the state. In the meantime, Kayin’s roughly 1.5 million civilians are left with few resources or opportunities to make a living. All too often, those in positions of power either cannot address, or do not take under consideration, the priorities of the citizens they were elected to serve.

High expectations from the international community and locals alike accompanied the transition of power through the 2015 elections, which provided the people of Kayin State with their first credible opportunity to vote since 1990, when the election results were voided. In a major swing in leadership, Daw Khin Htwe Myint, a former political prisoner and National League for Democracy (NLD) Central Executive Committee member, now serves as Kayin’s chief minister. This is her first time serving in a democratically elected government. State Speaker Saw Chit Khin comes from an education background and has no previous experience in elected government either. In fact, the majority of state members of the legislature they are serving alongside are first-time elected officials. This lack of governance experience presents immense challenges in Kayin, for both the governing and the governed. 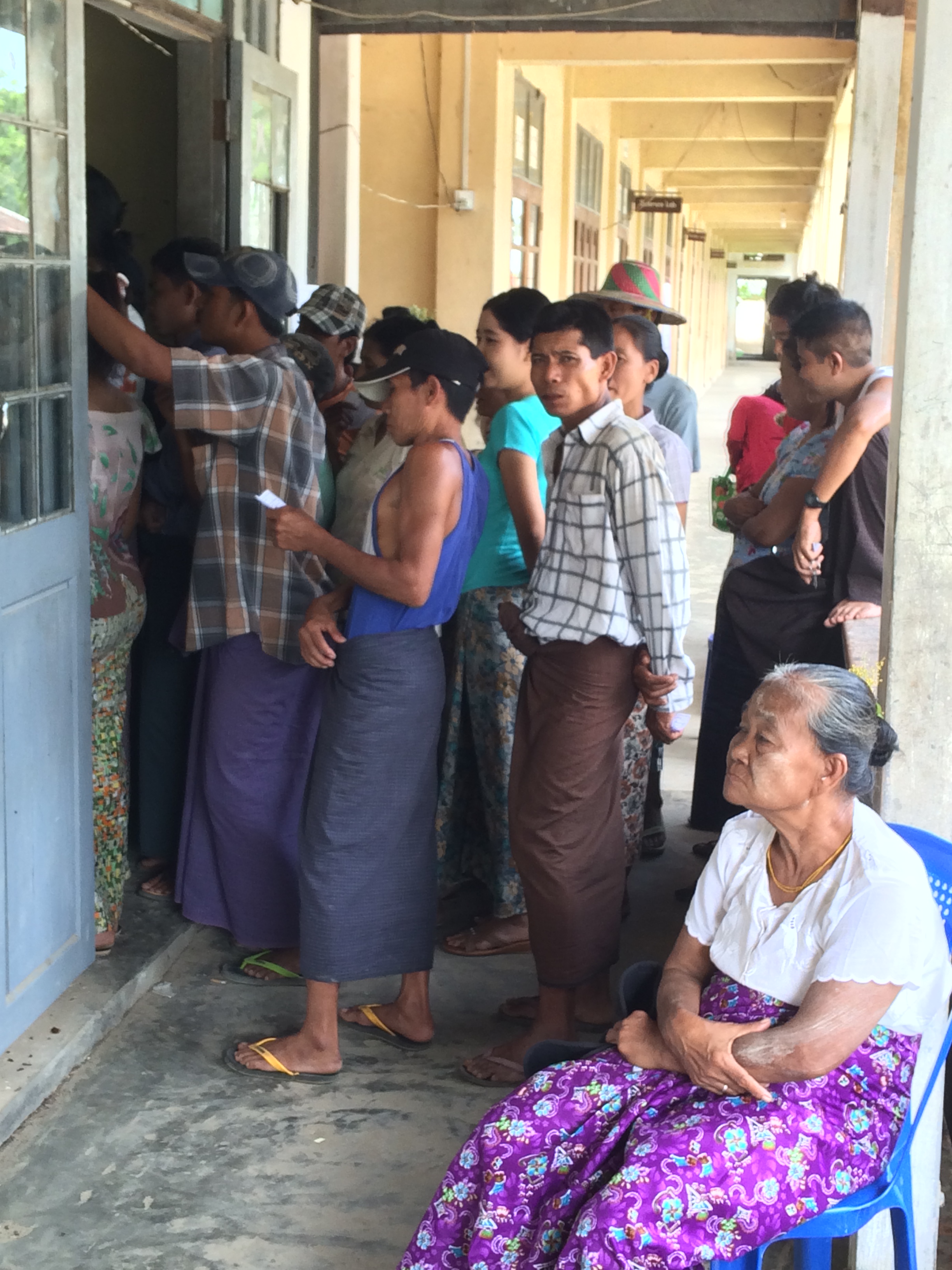 While some progress has been made and the economy grows, governance challenges, general mistrust and divided interests have stalled the implementation of important economic, legal and political reforms in Kayin and throughout the country. IRI’s programming has thus focused on improving parliament’s capacity to function as a democratic institution and helping elected officials meet constituent needs and respond to constituent interests.

When IRI began its state parliament programming in Kayin in 2017, there was little interest from state representatives in engaging with civil society, and civil society leaders were equally disinclined to engage their elected officials. As one civil society organization (CSO) leader said, “We already know what they [elected leaders] are going to say. So why should we meet?” IRI’s comprehensive, participatory approach therefore necessitated workshops on critical topics that mattered to all stakeholders and one-on-one consultations to work through decision-making options.

As IRI continues to bring elected leaders, state parliament staff, political parties, civil society organizations (CSOs), and civilian leaders closer together to help them understand their roles and how they can collaborate to improve conditions in Kayin, these stakeholders are overcoming their initial skepticism. Political leaders are taking more time to communicate with their constituents and learn about voters’ most pressing needs through outreach, civil society engagement and a curiosity about what the other thinks.

All stakeholders agree that greater economic prosperity, including through the development of the agriculture sector, and the maintenance of peace are Kayin’s most pressing priorities. IRI organized a stakeholder forum with subject matter experts who shared their expertise on economic development and agriculture in constructive, inclusive ways. This is just one of the ways IRI is creating informal opportunities for members of parliament (MPs) to engage civil society leaders. By focusing on identifying commonalities and mutual goals, instead of on ideological and other differences, such events show a collaborative path forward.

In the wake of IRI’s stakeholder forum, political and civil society leaders have requested that IRI continue to provide opportunities to engage those outside their immediate circles in the search for shared policy solutions. Longstanding mistrust among the different stakeholders will not disappear overnight, but IRI’s sustained engagement has created opportunities for dedicated government actors and civil society to bridge the gap that divides them, in order to ultimately benefit the people of Kayin State.