As most Americans were watching the returns late into the night on the most highly anticipated day of the primary season, I was up early on a Wednesday morning enjoying a coffee and counting the delegates with a group of Thai students and journalists.

I had the pleasure of being invited to speak about American party platforms at the U.S. Embassy’s Super Tuesday Watch Party in Bangkok.  Like everyone else, I too got caught up in the delegate math, and figuring out which candidate had the best night.  As the morning wound down, I found myself in a conversation with a group of Thai students who were asking me about the primary process and the general election.  They were amazed to hear that without fail every four years, Americans go to the polls not only choose the President, but also have a say in their party’s nominee.

It got me thinking that as we get caught up in the traveling circus of the primary season, with all the different candidates and the sometimes over the top positions they take, it’s hard for us to remember that countries around the world are fighting to establish a democratic system of government.  Thailand for example experienced another coup in 2014, their twelfth since 1932.  Today, Thailand is struggling through a transitional government, and Thai’s are fighting to establish a system of government with a legislature that is inclusive of citizens’ priorities and strong institutions to protect their basic rights. 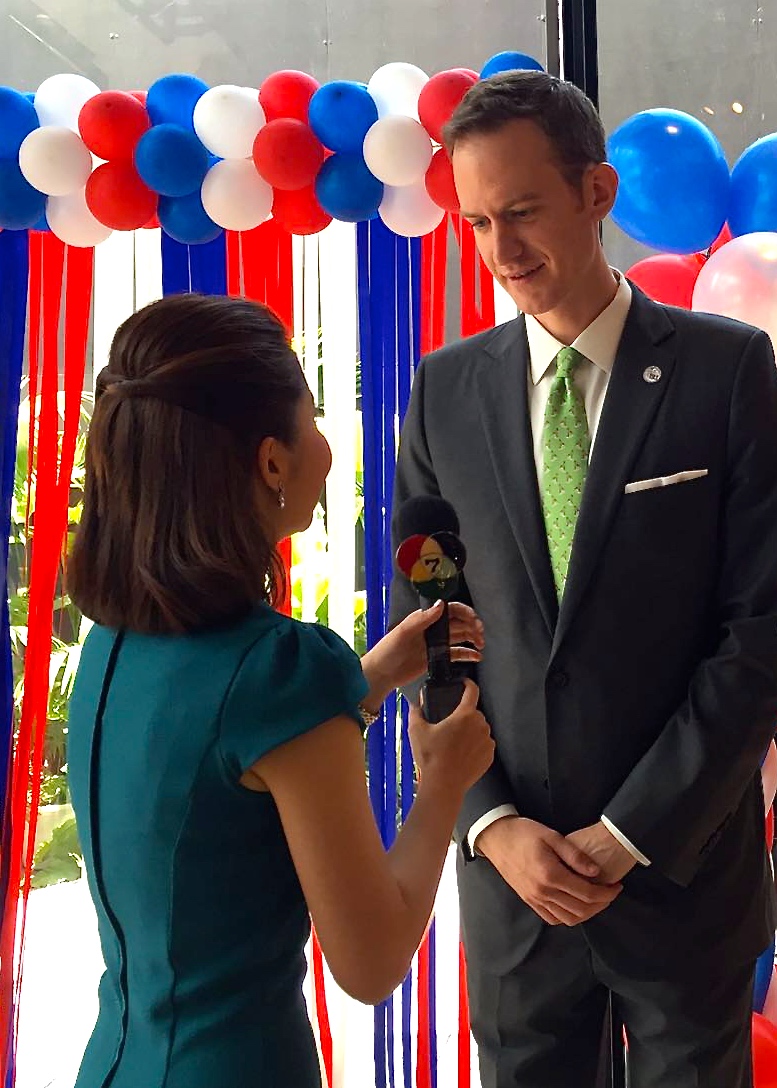 Though the process may be messy this primary season, come November we will once again be afforded our constitutional right to vote for the next President.  On January 20, 2017, after all the confetti is dropped on Pennsylvania Avenue, and all the champagne is drunk at the inaugural balls, we should remind ourselves that the peaceful transfer of power is an enduring constitutional right, and that’s something as Americans we can all be proud of and want to share with the rest of the world.