At the International Republican Institute (IRI), we are proud of the democratic advancements made through our programs, partnerships and networks around the world. None of these accomplishments would be possible, however, without our remarkable staff on the ground, many of whom are women. To highlight the work of our women resident program directors, IRI has launched a blog series showcasing their commitment to protecting political freedoms across the globe.

In the third installment of the series, IRI Resident Program Director (RPD) for The Gambia Robina Namusisi discusses her work in the country. Robina previously served as IRI’s RPD in Nigeria and Tanzania, as well as the resident program officer in South Sudan. In this blog, she describes how she has leveraged her experience advancing Uganda’s 1995 constitution to support The Gambia’s constitutional review process from 2017 until today. With the work of people like Robina, The Gambia is moving closer to becoming a country where fundamental human rights are protected and political leaders are held accountable. 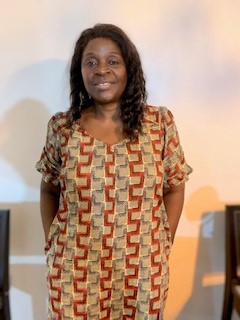 In 2016, The Gambia delivered a surprise defeat to former President Yahya Jammeh, who committed myriad human rights abuses against journalists, activists and political opponents during his 22-year reign. After more than two decades of dictatorship, The Gambia’s democratic transition depends on its ability to pass electoral, security sector and constitutional reforms. While in power, Jammeh implemented more than 50 amendments to the country’s 1997 constitution, which ultimately limited freedoms and left Gambians voiceless.

To replace the constitution with one that supports democratic change, The Gambia’s government passed the Constitutional Review Commission Act in 2017. Intended to guide the drafting of a new constitution, the review process was supposed to mark a milestone in the country’s democratic journey and earned the backing of Gambians across the country. According to a 2019 IRI poll, for instance, 58 percent of citizens supported the replacement of the 1997 constitution with a new set of laws that guarantee fundamental human rights and prevent the abuse of power by political leaders.

Supporting the formation of a democratic constitution, IRI partnered with members of The Gambia’s National Assembly (NA) in 2017 and 2019 to ensure an inclusive review process that represented the needs of all citizens. Ultimately, however, Gambian lawmakers halted the draft constitution in the fall – dealing a blow to the country’s democratic progress, but offering insights into how the constitutional review process can be strengthened.

In the early 1990s, I worked on the commission that produced Uganda’s 1995 constitution – a process that took six years to complete. Over those years, Uganda was able to facilitate extensive citizen consultations and civic education, allowing for the participation of all interest groups in the review process. The focus on incorporating all stakeholders – and taking the time needed to do so – ensured every constituent (and government representative) interest was included in the new constitution. Ultimately, prioritizing equal inclusion helped Uganda to forge the constitutional consensus that is missing in The Gambia today.

There is a lot to be learned from Uganda’s example. Behind the failure of the draft constitution was a corrosion of unity within The Gambia’s National Assembly. The government reshuffle of 2018 and 2019 saw top members of the opposition leave the cabinet, which exacerbated tensions within the coalition and broke their cohesion. Taking the time needed to include all voices in the review process and build a strong consensus is critical to creating a constitution that will stick. Understanding the importance of reaching an agreement on the constitution, The Gambia’s political elites are now engaged in discussions to settle the more contentious provisions and pass a new set of laws that will empower all Gambians. And as the constitutional review process continues to unfold, IRI remains committed to providing opportunities for stakeholder discussion and new strategies for success.