A few weeks ago I had the opportunity to work with members of IRI Empower Initiatives in Jordan.

These Initiatives help women in impoverished areas become leaders in their communities and enables them to work to change the stigmas surrounding female participation in civic life and politics. Through this program IRI provides participants opportunities for mentorship, networking and training on both professional and political skills.

With parliamentary elections scheduled for September 20, it was timely that I could meet with a few of these Initiative groups across the country to discuss the importance of campaign planning and message development.  While only a few of the women were candidates or working on campaigns, all of the women were interested in being informed and involved in the election as they viewed it as their responsibility to be involved the in the affairs of their community.

During the workshops, participants were briefed on Jordan’s new election law and provided an overview of key aspects of campaign preparation, including creating campaign plans, staffing and recruitment and voter identification approaches. We discussed the steps involved in preparing and executing a campaign plan such as conducting necessary research, voter analysis and targeting plans, developing a voter contact plan and implementing the campaign plan.  Participants were also introduced to campaign message development and communication including targeting and tailoring messages that fit in with campaign strategies, the importance of incorporating messaging throughout their campaign and the importance of “staying on message”.

While many of the techniques discussed in the workshop were new to the participants, the information will build upon the leadership and civic skills they have already gained through this program. The hope is that by exposing these women to the concepts of political campaigns, the knowledge and skills gained will empower them to become more politically engaged.

I have seen first-hand how these types of programs can encourage greater women’s participation and over time encourage more women to run for elected office. Prior to Burma’s November 2015 national elections, IRI’s support to political parties included an emphasis on empowering women to participate in the political process, equipping them with the skills they need through a Leadership Training School (LTS).  The LTS workshops focused on leadership skills and the roles and responsibilities of a candidate along with strategies to run a successful campaign.

Over a three year period nearly 200 women participated in the LTS program with 80 of them making the important decision to run for elected office.  These 80 women represented approximately 10 percent of all the women who ran as candidates in the elections.  Ten of IRI’s LTS participants are now serving as Members of Parliament at the national and local level.  Many of the participants cited IRI’s programming has being useful to their electoral campaigns. More importantly, statistically the program was successful as women who participated in the LTS were more likely than their female non-LTS counterparts to be elected (13 percent to eight percent).

During my time in Jordan I was impressed with the participants I met. Despite the significant barriers that exist for these women, I am confident that they will not only become involved in their own communities as activists and organizers, but they will also become representatives of women’s rights and civic engagement throughout their respective communities.  IRI’s Empowerment Initiatives in Jordan are inspiring greater women’s social and political empowerment. 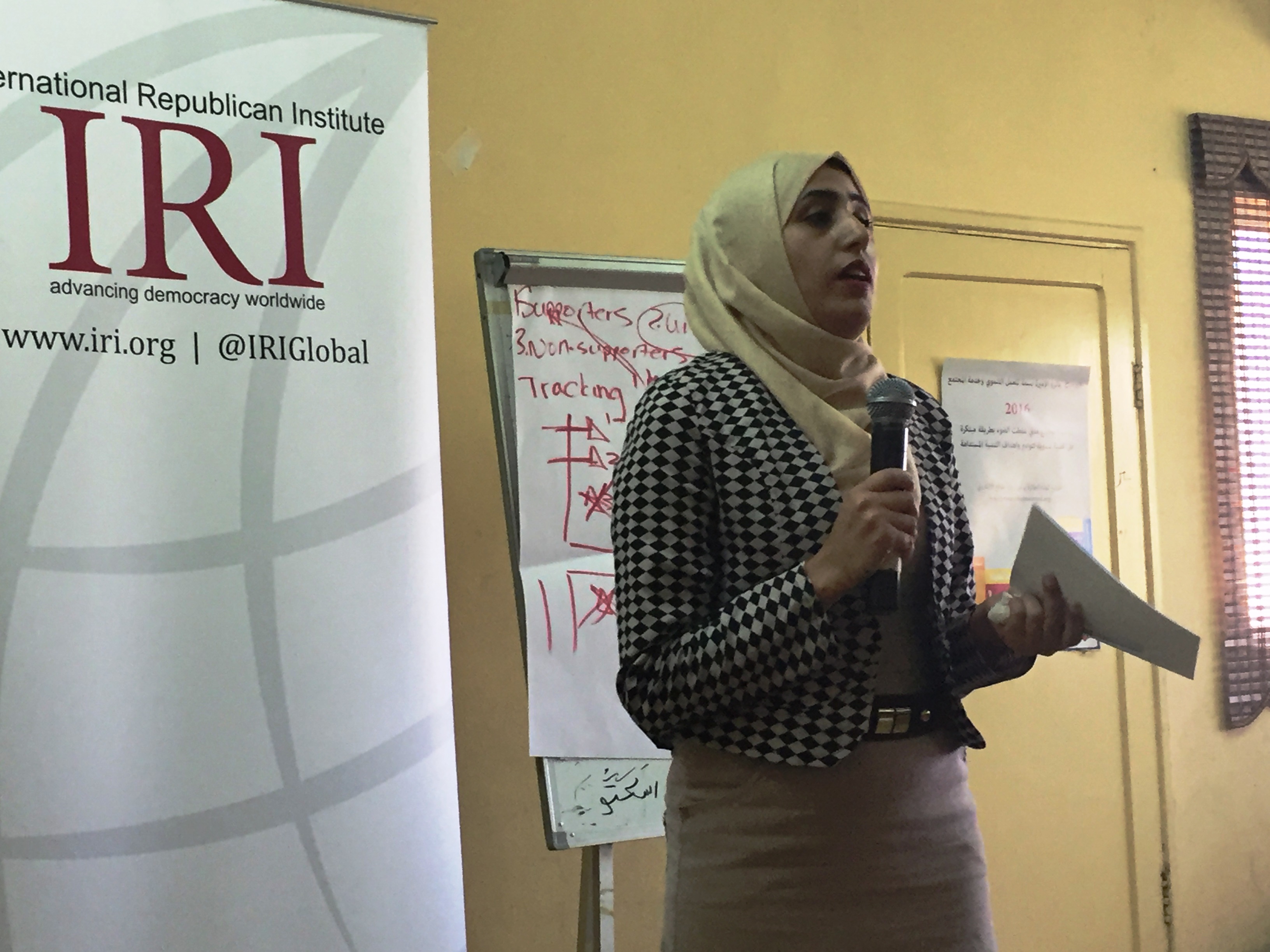