The BOL Plebiscite: A Defining Moment for the Future of Mindanao

On Monday, January 21, in the first of two plebiscite votes, citizens of the Autonomous Region in Muslim Mindanao (ARMM), Isabela City and Cotabato City will cast their votes to decide whether or not to ratify the Organic Law for the Bangsamoro Autonomous Region in Muslim Mindanao, known in short as the Bangsamoro Organic Law (BOL). The second vote will take place on Wednesday, February 6 in areas that surround the current ARMM, including six municipalities in Lanao del Norte and 39 barangays in North Cotabato.

What is the BOL?

As stated in the law, the purpose of the BOL is to secure the identity and prosperity of the Moro people, Muslim Filipinos and all indigenous cultural communities in the country’s south through the establishment of a strengthened and expanded autonomous region. The Moro people are the original inhabitants of Mindanao and, as a Muslim population, are the Philippines largest group of non-Catholics. Since Spain’s colonization of Mindanao in the 16th century, Moros have experienced a long history of conquest, including by the United States during the Spanish-American War and by Japan during World War II. Longstanding grievances derived from deleterious colonial policies and practices are central to pro-separatist groups’ quest for independence of the Moro people.

The plebiscite comes after decades of separatist violence in Mindanao and years of peace agreement efforts between the Government of the Philippines (GPH) and the Moro Islamic Liberation Front (MILF), one of the leading Muslim separatist groups in the Philippines. If ratified, the BOL will create a new self-governing Muslim region, the Bangsamoro Autonomous Region in Muslim Mindanao (BARMM), to replace the ARMM. The BARMM will encompass a larger, self-governing region within Mindanao, including what is currently known as the ARMM as well as adjacent towns and provinces that opt-in through the plebiscite. If passed, the BOL will grant the BARMM higher levels of fiscal and governing autonomy.

On July 26, 2018, President Duterte signed the BOL after its passage in Congress. However, to become ratified, citizens within the ARMM and surrounding areas need to vote to either accept or reject the ratification of the BOL.

Why Does it Matter?

What Can we Expect?

While many Mindanaoans, the GPH and international observers are hopeful that a ‘yes’ vote will bring lasting peace, critical questions remain, causing many observers to be cautiously optimistic about the BARMM’s ability to establish peace in the region. Among them include: How will the BOL be implemented in practice; what political and judicial structures will take form within the BARMM; and who will lead the new BARMM government?

Additionally, some aggrieved young Mindanaoans view the peace process between the MILF and the GPH as selling out to ‘Imperial Manila.’ VEOs such as Abu-Sayyaf Group (ASG), ISIS-Philippines and Bangsamoro Islamic Freedom Fighters (BIFF) have often exploited these tensions to increase their recruitment of youth within Mindanao. If ratified, the BARMM presents an opportunity for VEOs to challenge a new government and exploit any governance vacuums that may emerge during the transition to the BARMM. With this, it is critical that sound governance practices are implemented so that citizens can address grievances through the formal political process rather than turning to VEOs.

If ratified, the success of the new autonomous region will rely on good governance. The future leaders of the BARMM government, no matter who they are, must adopt and implement policies and practices that are responsive to the needs of BARMM constituents, if they wish to establish a functional BARMM government, establish legitimacy as new governors and, ultimately, achieve sustainable peace in Mindanao. Given the pressure they may face from opposing, malign actors, these leaders will need technical assistance to build their capacity to adopt and implement good governance successfully.

It is difficult to speculate what may transpire if the BOL is vetoed. However, if it is, years of peace negotiations will be lost and the region will have to come to grips with a new path forward to attain peace. On Friday, January 18, at a “peace assembly” in support of the BOL in Cotabato City, President Rodrigo Duterte called upon voters to vote ‘yes,’ reaffirming his long-time commitment to the law’s passage.

Despite the President Duterte’s support, Presidential Spokesman and Chief Presidential Legal Counsel Salvador Panelo stated that if the law were to be vetoed, the President would have to acknowledge the will of the voters. Ultimately, a veto vote will certainly create a very challenging political environment in Mindanao and with the ARMM’s relationship to the national government – an environment and dynamic that the region is unlikely prepared for.

The plebiscite has offered many who have lived through Mindanao’s violent past hope for a peaceful future. On Monday, cautiously optimistic observers will get a long-anticipated first glimpse into the future of the violence-prone Mindanao. 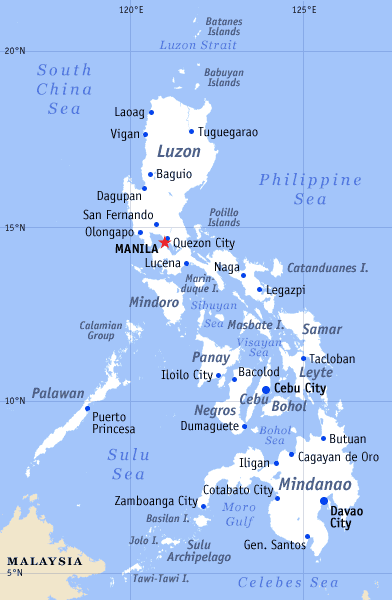