On March 15, Dutch citizens will go to the polls to vote in parliamentary elections, against a backdrop of rising populism and anti-EU sentiment. 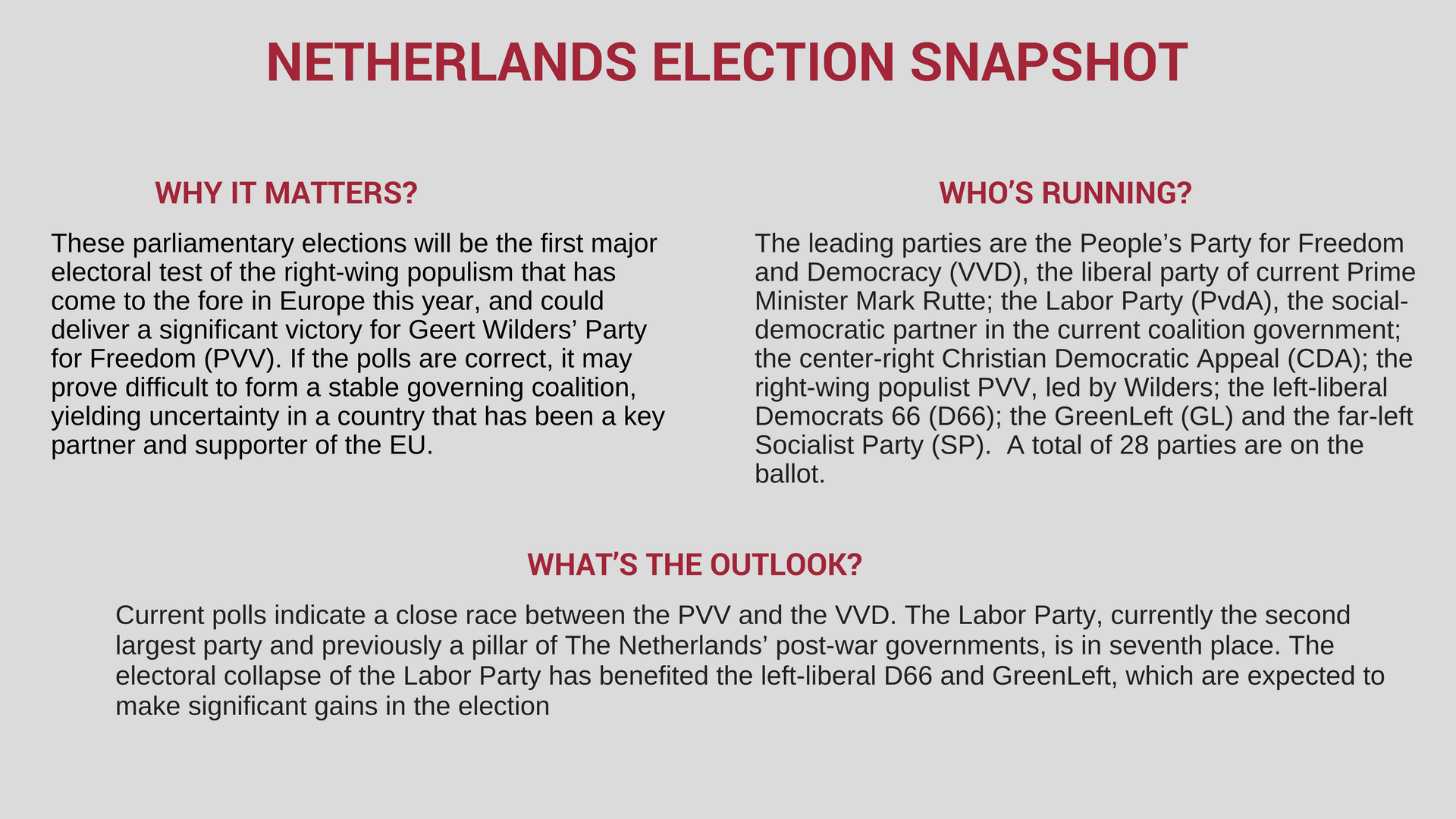 This election is taking place against a backdrop of historically high negativity and controversy over migration from Muslim countries. Populists are capitalizing on a tide of anti-elite sentiment around the world, epitomized in Europe by the British referendum vote to leave the European Union in June 2016.

The PVV has capitalized on these sentiments, and polling indicates the party is disproportionately attractive to young voters. VVD leader Rutte has attempted to court this voting bloc by calling on migrants and other minority groups to embrace Dutch values or leave the country.

Wilders has emerged as an intensely polarizing figure due to his anti-Islamic and anti-immigrant sentiment, and has struck a chord with sections of the population who feel unrepresented by mainstream politicians. Wilders suspended campaign activities in February after receiving numerous death threats. He remains under tight security but will participate in the final debate on March 13.

Polling indicates an incredibly fragmented electorate, with no single party likely to receive more than 20 percent of the vote. As a result, The Netherlands is likely to face protracted negotiations to form a coalition government. A particularly strong performance by the PVV would further complicate matters, as almost every other party has ruled out a coalition arrangement with the PVV. The only alternative would be to form a tenuous coalition of up to six parties, some of which are diametrically opposed on fundamental issues. If one of the other major parties were to relent and form a coalition with the PVV, it has the potential to disrupt Europe’s political status quo if a government resulting from such a coalition pursues the anti-EU and anti-migrant agenda Wilders has promised.