The Pen: The Greatest Defense for Democracy?

Imagine a young king standing on a barren hill in enemy territory.

His army, cold and disheveled stretch out before him. Most of these men were his friends when he was a young prince. He would drink and share bawdy jokes with them. Young Harry, standing at the fulcrum of time as he sets to roll the dice on history speaks to them, saying something very unusual:

We few, we happy few, we band of brothers;
For he to-day that sheds his blood with me
Shall be my brother; be he ne’er so vile,
This day shall gentle his condition:

This was some of the most famous words from Act IV, Scene III of Henry V by William Shakespeare. Hidden in the subtext was a nascent concept of political equality. Henry V speaks in an almost revolutionary way to his fellow soldiers. Removing the class distinctions between the commoner and king, he claimed that that they were “brothers.” He even claimed that their deeds in that war would “gentle” their condition, or that they would become gentlemen, a term usually reserved for an aristocracy.
It has always been said that art both reflects and shapes culture and these words in Henry V helped to breed democratic ideals in a culture where democracy was not yet present. These plays held at the Globe Theatre in Southwark, London reached the aristocracy and commoner alike and helped contribute to a sense of democratic political culture in the British street.

This spirit behind these words is present among many artists today who use their craft to promote a more democratic future. Over the past few months, Jordanian universities have had the pleasure of hosting performances of a new play, “Terrorism at the Door,” by Rania Isma’il and Hassan Sabaileh. The play seeks to counter the issue of youth joining violent extremist movements through art, delivering messages targeted at some of the drivers behind this challenge, such as social marginalization. While I haven’t seen it myself, this is a great example, of citizens seeking to counter violent extremism by encouraging alternative messages and open discussion in the public sphere. According to reports, the production team even holds discussions about some of these drivers that draw youth towards extremist ideologies, as well as some of the ways communities can combat these trends.

Art has always been a critical part of societies in helping to foster a discussion about the challenges that face their communities, how the society should be run and what it means to be a citizen in that society. In that role, art, be it visual, auditory, physical or performance-based, is a critical factor in democracy promotion.  Think of Victor Hugo’s Les Miserables, which in many ways was a reaction to the Napoleonic Code and dehumanizing effects of urbanization in 19th Century France. Even Michelangelo’s David, which we often think of as a symbol of physical perfection was also a democratic symbol. The David was built after the Republic of Florence drove out the tyrannical Medici family and restored their republic. He was placed at the city center with the rock of his slingshot prepared at his hip and a stern glare pointed towards Rome, where the Medici family was exiled, warning the tyrants against returning. 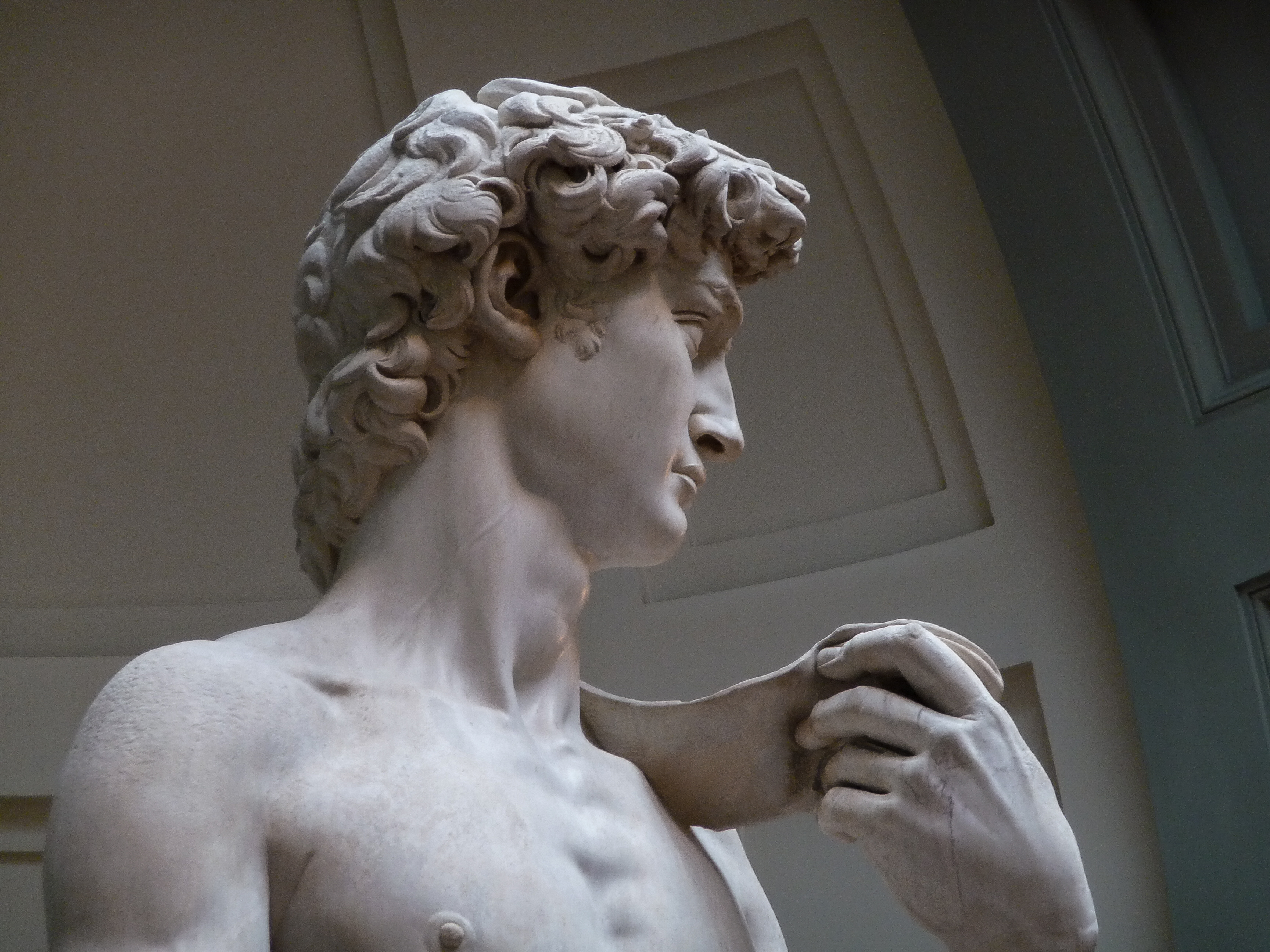 Some of IRI’s most exciting programs use art as a method of expression. This year, for example, two graduates of IRI’s Civil Society Academy, will be conducting a program with IRI support that promotes counter-extremism as an element of civic pride. The program will bring together groups from around Tunisia to an open forum for artists to exhibit various expressions of art, including art shows and short films, which promote concepts that embrace tolerance, non-violence and political freedoms (many of the essential ingredients for democracy). In Morocco, IRI will begin a program that hosts a contest for Moroccan youth to develop graphic novels about issues regarding democracy and citizenship. In Libya, IRI works with a youth organization that uses graffiti to impart messages about the civic potential and power of youth.

Returning to Shakespeare– I’m not saying that he was a democrat. But his works move in that direction – and their production helped move England towards democracy, as other works of art are seeking to do across the globe. Shakespeare lived in a time without democracy. He was a British Catholic living under the repressive James I and Elizabeth I regimes that sought to root out expressions of Catholicism. In his works he spurred hushed conversation in the community about what makes a good ruler, proper government decision making and the relationship between the citizen and the state.

One only needs to read some of his great tragedies to investigate the inherent tension between strong men and the average citizen, such as Henry V and Hamlet, or between tyrants and the public in Macbeth and Julius Caesar, facing the corrupting effect of ambition in power. In the second scene of the first act of Julius Caesar, Cassius, criticizes one-man rule so strongly one must take notice: Cassius asks why Caesar deserves to have so much power when others are just as free – when others bleed the same as he does. “I was born free as Caesar.” He continues:

The fault, dear Brutus, is not in our stars,
But in ourselves, that we are underlings.
Brutus and Caesar: what should be in that ‘Caesar’?
Why should that name be sounded more than yours?
Write them together, yours is as fair a name;
Sound them, it doth become the mouth as well;
Weigh them, it is as heavy; conjure with ’em,
Brutus will start a spirit as soon as Caesar.

These are bold words, as relevant in the Roman history Shakespeare was reflecting upon, the British context in which he was writing and today. One should take notice of the artists around the globe who are using art as a powerful tool to promote the ideals of democracy and dreams of their people. As the journalist Hussein Al-Amoush said in Al-Dustor after seeing “Terrorism at the Door,” in Jordan, “Time after time we can say that art creates politics… and effective performances of this sort can convey the message through humor, though [the topic] is a sad one.” They present an opportunity for those of us who hope to empower those promoting democracy in their society and bring these concepts to light.