The Politicization of Intolerance in Indonesia

At PeaceCon 2018, scholars, practitioners, diplomats and business leaders came together to discuss the power of collective action to build peace. Across the panels and discussions, participants agreed that individuals from all sectors and groups must work together to build a peaceful society.

IRI’s governance work does just that. Our teams work in some of the most difficult places in the world to cultivate multidisciplinary efforts to promote peace and minimize violence through improved governance and inclusive politics.

Today, threats to peace often seem insurmountable. Yet, to end violent conflict and build sustainable peace, the root causes of these threats must be addressed. Indonesia, for example, must contend with the infestation of intolerance and radicalism into the political system as national elections loom. The proliferation of fake or “hoax” news, as the Indonesian populace refers to it, magnifies this threat. And this trend shows no sign of subsiding—misinformation even spread in the wake of the recent tsunami and earthquake.

This is not the first time Indonesian elections have been marred by the dual forces of hoax news and intolerance. From memes to videos to Facebook posts, these hoaxes presented a major problem to Indonesian politics during the 2017 gubernatorial campaigns, notably targeting the former Christian and ethnic Chinese governor of Jakarta, Basuki Tjahaja Purnama, commonly referred to as Ahok. An edited version of a rally speech, in which he allegedly insulted the Quran, went viral. Millions flooded the street in protest and successfully called for his removal and imprisonment on counts of blasphemy.

The country’s intensified struggle with violent extremism (VE) complicates the rise of political intolerance. Some experts are concerned that this radicalism may spill over into VE. Radical groups—both violent and non-violent—have taken advantage of the country’s divides, fomenting intolerance and in turn softening the ground for violent extremist organizations to find footing and successfully recruit fighters and sympathizers. As intolerance continues to infiltrate politics and becomes the norm, this may continue to widen the opening for violent extremist organizations to benefit.

While these phenomena rattle the national stage, IRI’s research on VE found that these dynamics also extend to the local level, notably in West Java, a province southeast of Jakarta. To address the key vulnerabilities to VE and augment peaceful and tolerant messages in the province, IRI and its local partner, Droupadi, formed a multidisciplinary taskforce comprised of representatives from civil society, political parties, religious communities, the local government and the election oversight body.

As part of IRI’s global project on preventing violent extremism (PVE), our West Java taskforce conducted a stakeholder mapping of key PVE actors, developed an analysis of online media and produced policy recommendations. In the stakeholder mapping, the West Java taskforce identified a range of actors—from religious and community organizations, to local governments—that are resilient or vulnerable to VE. This mapping will inform subsequent programming in the country.

Building on the stakeholder mapping, the media analysis sought to examine content promoted by local media outlets and found that local media can also fuel radicalism and intolerance. For instance, the West Java taskforce identified one local media outlet as pro-radicalism based on their production of content that supports the #hijrah movement, in which Indonesian celebrities denounce their “less Islamic” ways in favor of focusing more on piety and religious learnings, as well as the 212 Movement, when millions flooded the streets to protest against Ahok. 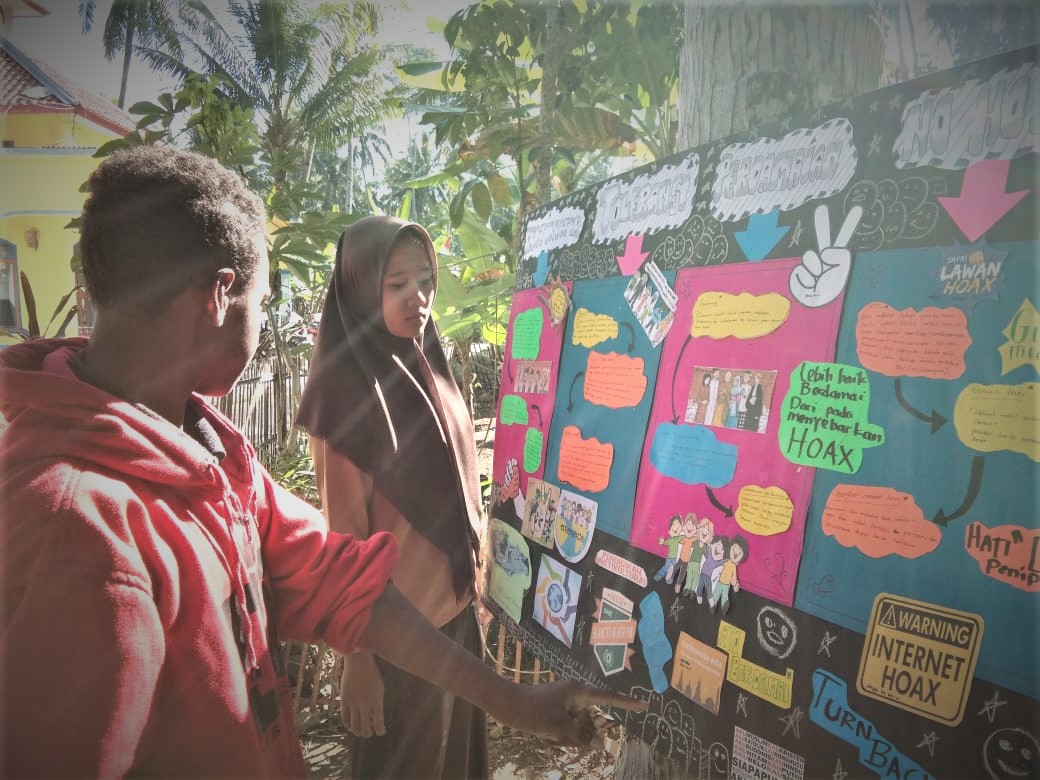 Although the West Java taskforce uncovered some troubling narratives among local media, citizens of Pangandaran City were enthusiastic and excited when discussing peace, tolerance and diversity during a youth festival and dialogue on August 18, 2018. To raise awareness about the issues of violent extremism and radicalism, 150 people from political parties, the local government, civil society and local residents participated in plays, essay-writing contests and other activities during the festival.

Notably, the major local media outlet Kabar Priangan covered the event. In its media analysis, the West Java taskforce identified the outlet as pro-tolerance due to its promotion of peaceful narratives and PVE at the provincial level. With this media coverage, positive narratives about tolerance and diversity were amplified among community members in Pangandaran City. 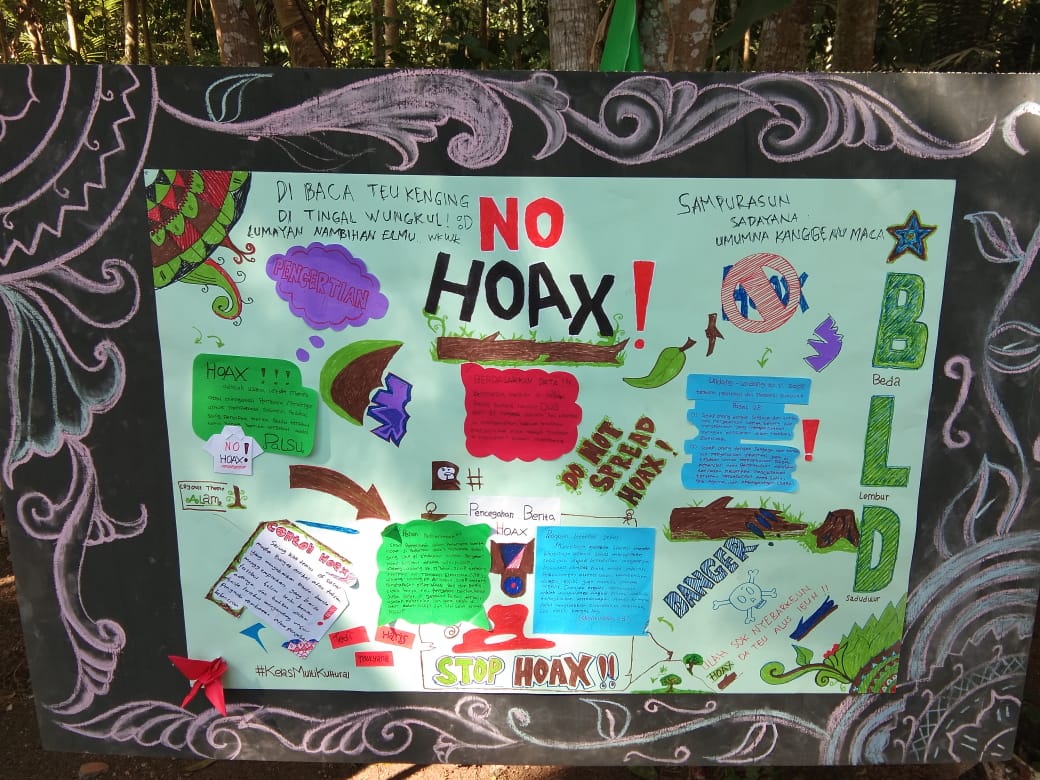 Against this troubling backdrop, the need for a whole of society approach—including the national and local government, media, civil society and other key actors—to promote tolerance and peace has never been greater. In addition to its civic education efforts and analysis, the West Java taskforce has developed policy recommendations to influence the government to adopt and encourage more peaceful policies.

For example, the taskforce proposed the creation of a code of conduct for the regional government which encourages tolerance, peace and the respect of human rights. They also recommended the involvement of civil society actors and other stakeholders, including the West Java taskforce, in the development of policies to reduce and prevent practices of religious politicization and ethnic, religious and racial issues, among other key suggestions. Through a media roadshow and public forums, the taskforce has strived to build broad-based support for these recommendations with hopes that they may influence policymakers.

Though some challenges to peace may seem intractable, our West Java taskforce and other stakeholders in Indonesia demonstrate that—little by little—progress can be made when efforts are locally-driven and evidence-based. IRI will continue its work alongside the West Java taskforce to promote peaceful and tolerant campaign messages among political party members in the run-up to the national election.

As analysts worry that the national elections will only be more contentious, intolerance and radicalism pose an existential threat to Indonesia’s democracy. To build resilience against these malign influences, we must redouble support to local actors to stem the tide of intolerance and promote campaign messages and media narratives of peace and tolerance.