A few years ago, I passed the much-feared threshold that officially separates “youth” from “grown up.” During this time, colleagues that I had trained as part of IRI’s youth programs came of age politically and were being elected into parliament and joining their national governments.

This made my “mid-thirties” life crisis turn into an evaluation of my work. During this evaluation, I noticed there was a programatic education gap. Our programs invested energy in helping youth in their early political years, but, once they turned 35 or moved to a more senior position within the party, we did not engage them as frequently.
It seemed as if these emerging leaders found themselves in an “age trap,” where they were too senior to fit into youth programs, but, too junior to be considered by party leadership to join party summits IRI organized. This group of talented mid-thirties Europeans were not receiving help during the most critical time in their career.
Taking this all into account, IRI launched the LEAD21 program on August 24-26 in Tallinn, Estonia. This program was created in order to close the political education gap for young politicians.
For a long time, IRI has invested in youth as agents of change in Europe. This generation has seen first-hand how the internet can connect people worldwide– they have been using different technologies and apps to share their message most of their life. This makes them the best-equipped generation to use technology to help get Europe out of a crisis.
How did IRI help nurture this generation? We created our LEAD21 program.
This new program brought 15 men and women together to learn from the small but influential country of Estonia. These young participants were members of parliament, party spokespeople, and think-tank directors.
For 48 hours, these emerging leaders, coming from all corners of Europe, studied first-hand how Estonia became E-stonia. They got to see in-person how a country that liberated itself from the Soviet Union became an innovation hub.
Estonia, a small country of 1.3 million, is the birthplace of music sharing application Kazaa and the home of the world famous Skype. It was the first country to allow online voting in a general election—and that was in 2007, since then much more has been achieved.
I hoped that by studying Estonia’s successful models and making contacts in the country, the LEAD21 emerging leaders could accelerate the pace of change in their country. I wanted to have them see how technology could make government more efficient and closer to the people and learn how their institutions could be prepared to face the growing threat of cyber-criminality and cyber-terrorism.
But more than that, I wanted them to exchange their experiences, and learn from those who not so long ago were young leaders and managed to climb their way up to the top.
On this trip, the LEAD21 participants met with the Republic’s President Kersti Kaljulaid, the first female president (and the youngest) in the history of the country. President Kaljulaid not only briefed us on Estonia’s strategy as it assumes the rotating presidency of the European Union, but she also told us about her experience as a politician—inspiring the LEAD21 leader’s future endeavors.
The young leaders also met with Prime Minister Taavi Rõivas, who kindly told us about his experience as the then youngest Prime Minister in Europe—he was 34 when sworn in. He also shared advice on how to make one’s country more connected and in-line with the e-economy.
This will not be the last time we work with this group of young leaders. IRI plans on organizing more seminars during parliamentary recesses—a time where they can come together in a more relaxed atmosphere. However, in the meantime, we hope that Estonia left them brainstorming new and innovative ideas on how to drive Europe to a bright future. 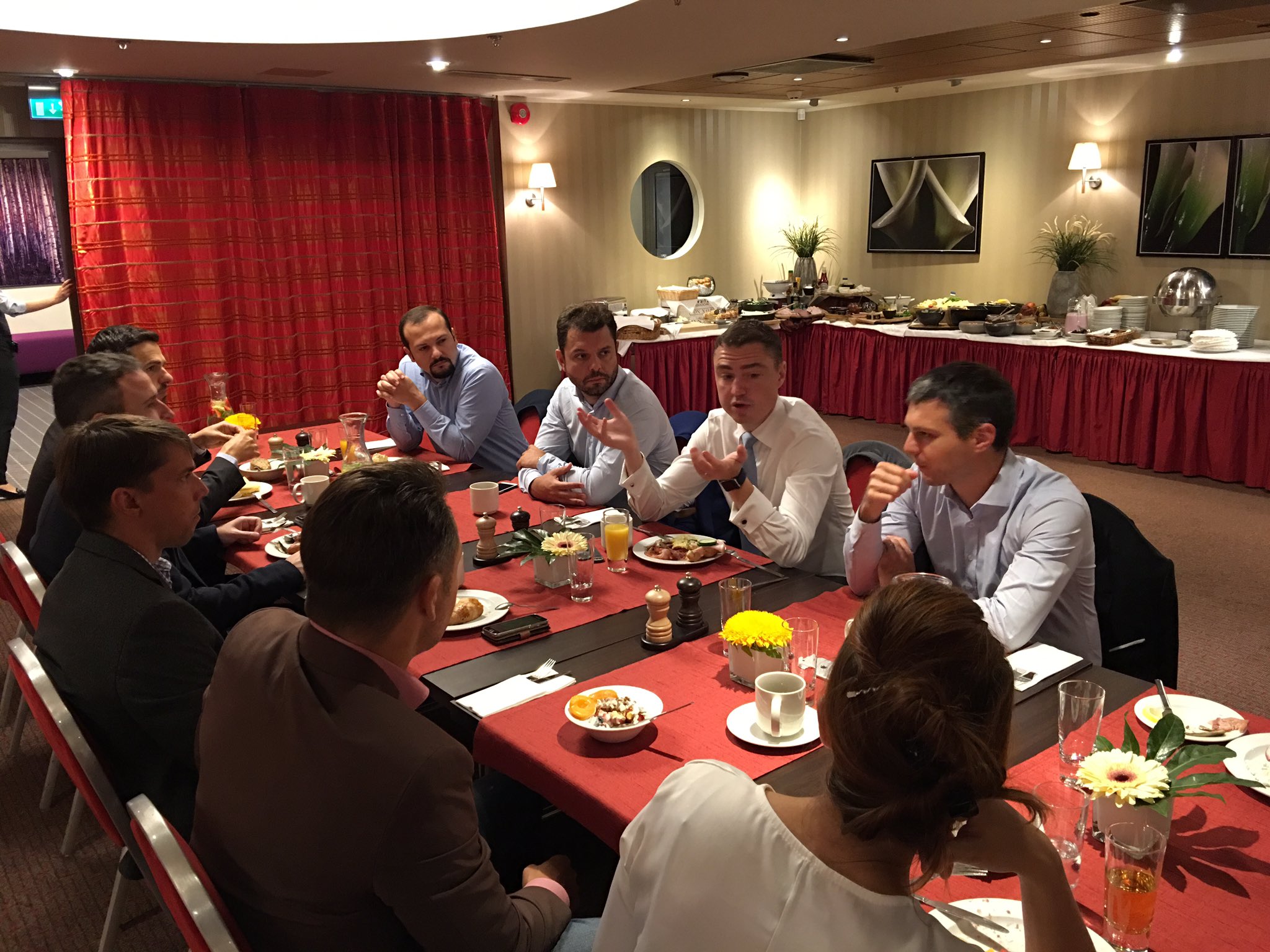