The Russian Duma Elections and Their Effect on the Future

Much has been written about the recent elections for the Russian State Duma, which took place Septemeber the 18th.

Most post-election analysis has centered on the ruling United Russia party dominating the results, noting that the party acquired enough seats for a constitutional majority, granting Vladimir Putin the ability to change the constitution at will.

However, the real story is turnout.  Election turnout was the lowest observed since the collapse of the Soviet Union.  The Central Election Commission’s “official” turnout figure was 47.8 percent of Russia’s 111.6 million eligible voters, with abysmally low turnout in the major population centers of Moscow (20 percent) and St. Petersburg (16.1 percent).  Given the central government’s ability to manipulate official turnout calculations, we believe the 47.8 percent figure to be artificially high.  IRI has access to polling data from April 2016 indicating that approximately 30 percent of eligible Russian voters considered themselves ‘likely to vote’.  The low turnout witnessed on Sunday clearly indicates Russians’ lack of faith in the integrity of electoral system and the Duma’s ability to address the economic crisis currently facing the country. 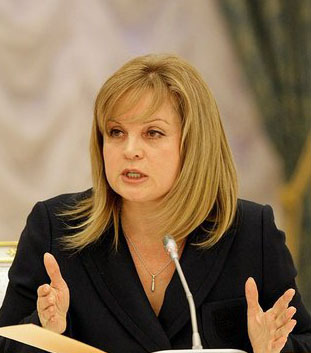 If European and American economic sanctions continue, and energy prices remain low, the Russian people’s sense of disillusionment with the political system and its leaders will only increase.  Consequently, it is very likely that one of the first acts of the new Duma will be to move the date of the Presidential election forward from March of 2018 to mid-2017.  Putin knows that the Russian people’s patience is wearing thin, and will do everything in his power to increase his chances of re-election.

In sum, the Duma elections’ results are not likely to alter the Russian government’s policies, their greatest effect may be to set the stage for the next presidential election in Russia.