This Is What Democracy Looks Like: The House Democracy Partnership in Kenya

Earlier this month, I was fortunate enough to travel to Kenya with IRI to support the House Democracy Partnership’s (HDP) exchange with Kenyan parliamentarians and parliamentary staff.

HDP is a bipartisan Congressional initiative that deploys technical assistance trainings to foster the political development of the legislative branch in partner countries that have signed on as part of HDP. Kenya joined HDP in 2006 and I was to facilitate the fifth HDP delegation coming from the States to Kenya.

Over the course of the conference, I was struck by the engagement of the Kenyan participants.  The group collaborated to resolve policy agendas, draft mock legislation to be presented to parliament on myriad topics ranging from bolstering the state energy grid to expanding gender equality at the county government level.  The participants were eager to engage in discourse about how to put a unique Kenyan spin on the lessons being shared by the American delegation.  For example, during a particular segment on constituent outreach, Hon. Ken Okoth, an MP from Kibra (a low-income suburb of Nairobi), suggested using Whatsapp to connect with voters – something that none of us had considered before.  Using a free and ubiquitous messaging app to reach out to citizens was such a simple idea, but it was innovative in its own right. A fresh perspective on an age-old conundrum, like putting four omnidirectional wheels on a suitcase instead of two unidirectional ones. Simple, yet game-changing.

As is always the case with these sorts of international exchanges, the group work sessions were most captivating for me as an observer.  The participants ran with the premise that the HDP trainers placed before them about forging a political party, creating a platform for the new party, drafting legislation in line with their platform, and building a coalition to support the initiative and get their legislation passed.

I was reminded in Kenya that democracy is not some fragile flower, but rather people working together to accomplish a mutual goal, striving to accomplish something greater than ourselves, joining in unison to stand up for what is right and what we believe in. 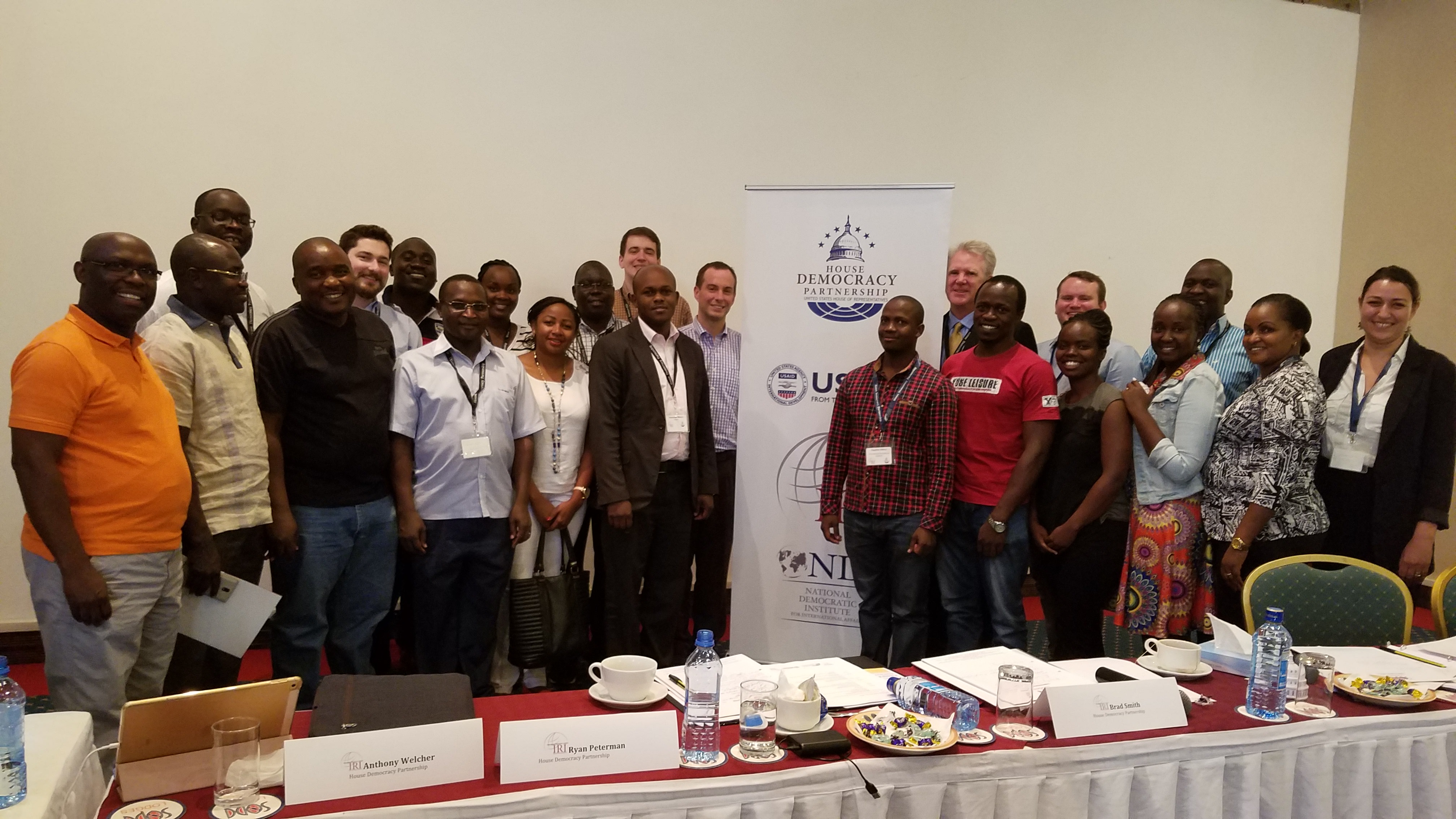 Take a close look at the photo.  This is what democracy looks like.