Earlier this month, the outgoing president of Timor-Leste called an election for National Parliament, set to take place on Saturday, July 22. This will be the fourth parliamentary election held since the country restored independence from Indonesia in 2002. You can learn more about Timor-Leste’s independence by listening to THIS podcast.

The election will be an important indicator of voter sentiment towards the incumbent government, led by the National Congress for Timorese Reconstruction (CNRT) and Revolutionary Front for an Independent East Timor (FRETLIN), who established a national unity government in 2015.

IRI’s most recent public opinion survey, released in November 2016, showed that voters generally believe their country is going in the right direction and approve of the government’s performance.

Additionally, the survey indicated that voters are looking to their political leaders for solutions to important public policy issues facing the country, such as roads, employment, and education.

Another major issue that will be key during the campaign season will be the economy. An estimated 70% of the current state budget is derived from energy-based income and all eyes are on the pending development of the Greater Sunrise gas field, which is located in the Timor Sea and would guarantee the country additional oil and gas revenue.

Candidates will need to give constituents answers to their pressing policy questions and present issue-based platforms. In turn, voters will to go to polls on election day and vote for the candidate they feel best represents them. Democratic elections are the cornerstone of a representative government; they must be transparent, open and competitive and all voters should be able to participate free from intimidation.

However, there are lingering concerns about electoral violence in the upcoming Timor-Leste election. Sixty-six percent of respondents to the November survey stated that they were “very concerned” that violence may take place in their district during the election. To help ensure the integrity and transparency of the electoral process, IRI is fielding an international election observation mission that will deploy observers to all 13 of the country’s districts.

Our election monitoring will not only include election day observation but also long-term observers.  Long-term observation will examine pre-election campaigning, media coverage, electoral administration and the post-election period to gain a holistic perspective of the entire electoral process.

Stay tuned! IRI staff will be posting updates as the election approaches to Democracy Speaks and IRI’s Twitter handle, @IRIglobal. 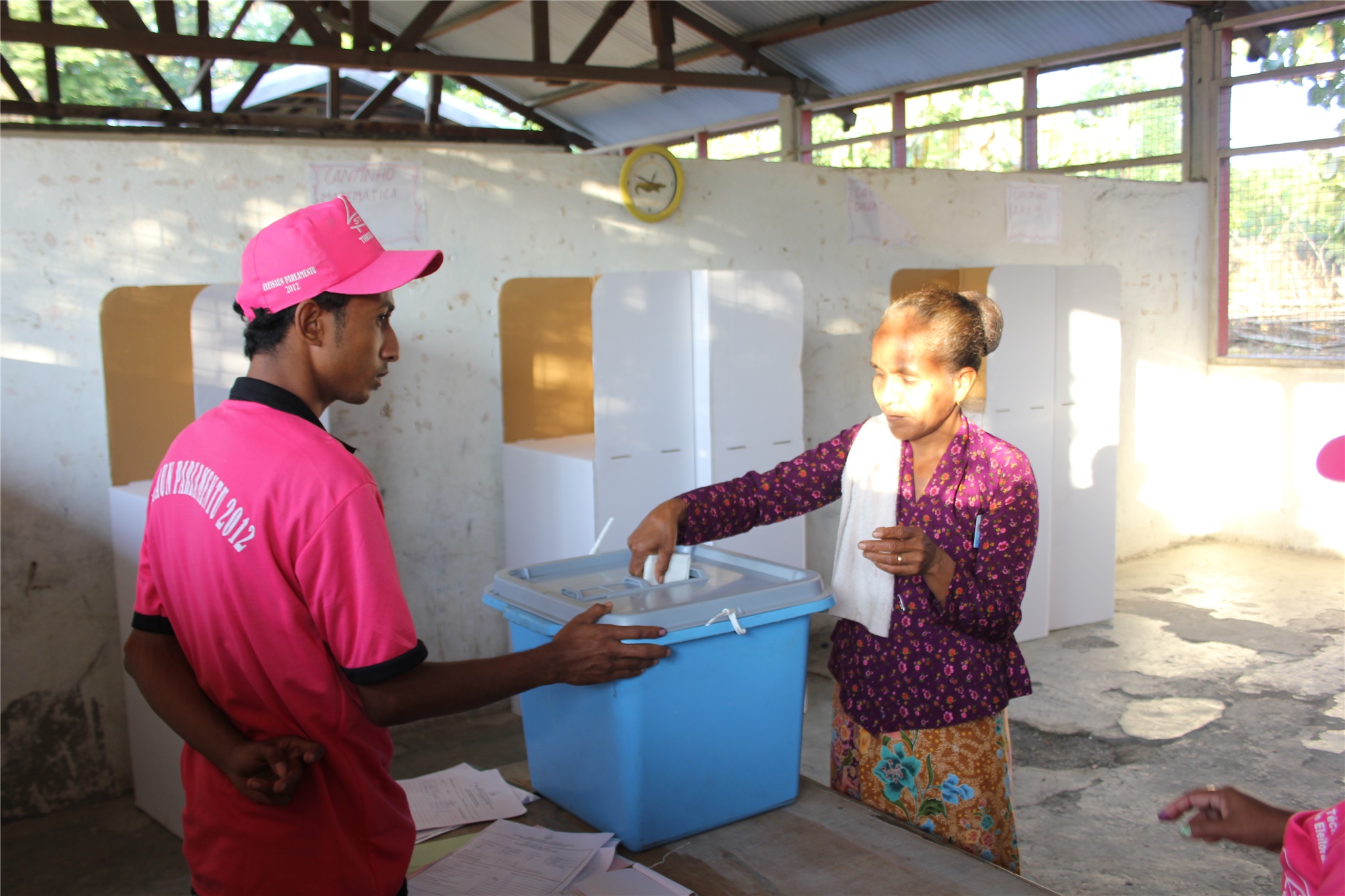