Members of Parliament (MPs) all over the world have an often tedious job, and the occupation comes with many challenges. However, few elected officials face as many obstacles as the Central African Republic’s (CAR) National Assembly deputies.

Since achieving independence in 1960, the country has experienced multiple coups, suffered from the spillover effects of regional instability, and most recently endured violent conflict between armed groups that exploit the absence of state institutions to exacerbate ethnic and religious differences.

While mostly free and fair general elections (including a constitutional referendum) were held in 2015 and 2016, there is still much work to be done to bring democratic governance and stability to CAR. An estimated 80 percent of the 140 newly-elected deputies are holding elected office for the first time—bringing limited-to-no experience to a challenging role in an even more challenging environment.

To compound these problems, many citizens do not understand the role of the National Assembly and their deputies. The lack of constructive linkages between citizens, their deputies, local authorities and civil society organizations is a fundamental barrier to CAR’s progress in the post-transition period.

Citizens of CAR have high expectations for their government, and IRI is helping make sure that National Assembly deputies hear the voice of the citizens. IRI is currently working to empower deputies with the skills needed to fulfill their roles and responsibilities, including in the area of constituent outreach. To this end, IRI holds regular trainings for both CAR deputies and National Assembly staff to teach them about town halls and constituent engagement.

Taking this one step further, IRI facilitates town halls (also known as restitution in CAR)— working with deputies with local leaders and administrative authorities throughout the country to provide citizens with the opportunity to hold their elected officials accountable. The town halls provide an occasion for deputies to talk about their work and for local citizens to ask questions about issues of local and national concern.

Hon. Jean-Louis Ndama has been a member of the CAR parliament since the creation of the National Assembly. Prior to working with IRI, Hon. Ndama had never held a town hall with his constituents; after participating in a training IRI held for deputies on constituent outreach, Hon. Ndama held his first town hall.

Within six days, Hon. Ndama was able to visit almost 90 percent of the villages in his constituency, Kaga Bandoro in Nana Grebizi region. When he opened the floor for questions and comments many people spoke up—voicing their fears of armed groups on their roads, limited access to drinking water, and lack of seeds to grow crops. They expressed their anxiety for their children’s futures, and their concern that there were no qualified teachers and no desks or other furniture in the schools.

Hon. Ndama took all the information in. “It was an eye-opening event highlighting the responsibilities of a parliamentarian to his constituents in a country in crisis,” he told us. “Meeting with constituents is an absolute necessity. It provides insights into their difficulties.”

As he acknowledged to us, Hon. Ndama’s work has just begun: hearing about the constituents’ problems is one thing, helping to solve their problems is another. Hon. Ndama used the information he gathered at the town hall as the basis for a restitution report, distributed to authorities and partners. This allowed for Hon. Ndama to speak to people who could help solve the problems outlined in the report and come back to his constituents’ with updates and solutions.

When asked if he would speak to his colleagues about the town hall, Hon. Ndama said, “I will strongly recommend to other deputies to conduct town halls. IRI was greatly helpful in terms of providing a methodology for these meetings and distributing a manual on conducting restitution, as well as expert advice.” 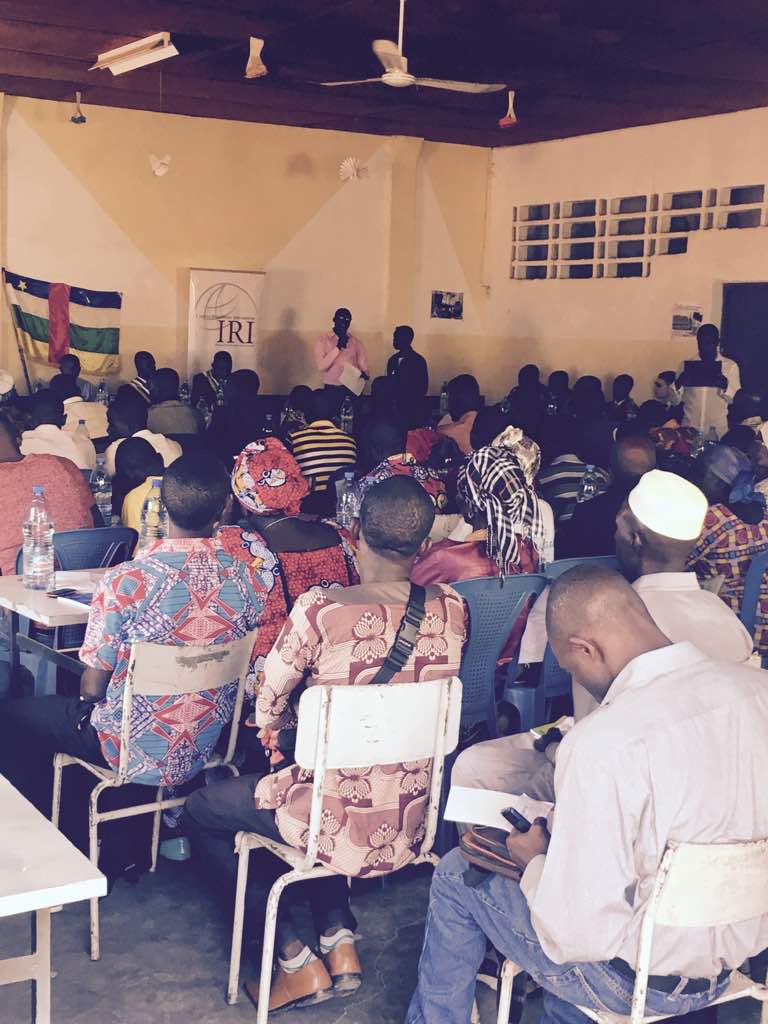 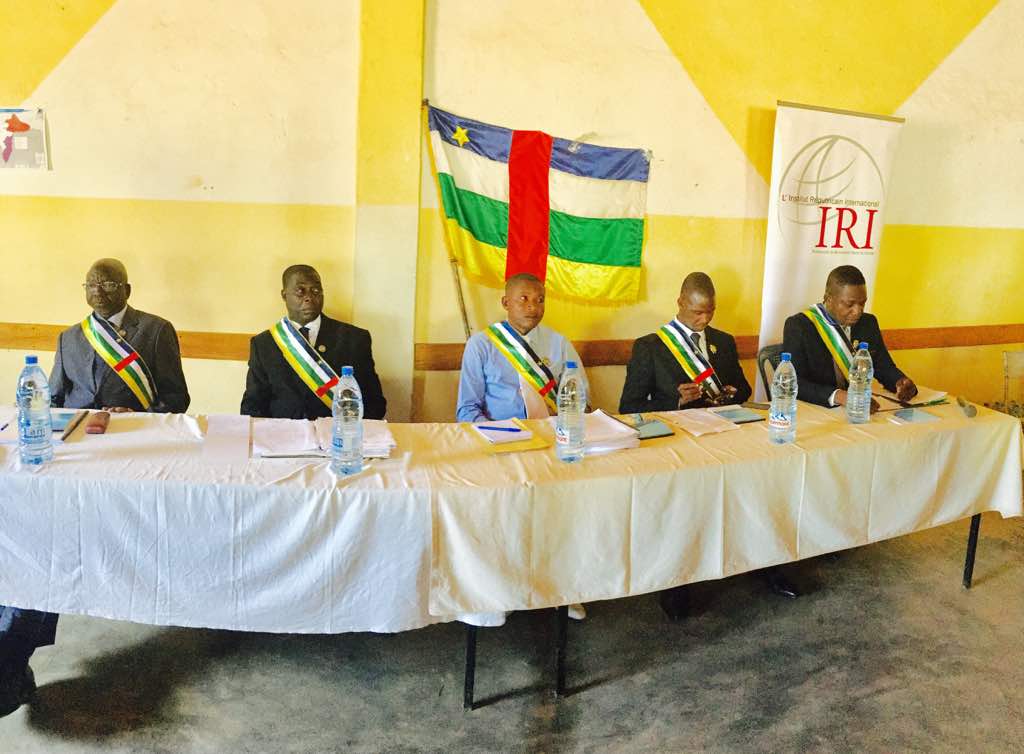