Venezuela is Proof that Elections Have Consequences

Elections have consequences. Sometimes unintended ones.

Holding elections does not mean a country is democratic; however, no country can be a democracy without them. If elections are free and fair, they can express the will of the people and determine the direction of the country. If they are fraudulent or rigged, fallout can happen in unanticipated ways. Venezuela is the perfect example.

Beginning in 1999, respect for civil liberties and democratic rule started a steady decline—first under the presidency of populist autocrat Hugo Chávez and then under Nicolas Maduro. Through Maduro’s mismanagement, Venezuela’s economic slide accelerated, violent crime spiked to one of the highest rates in the world, and political opponents were jailed while citizens took to the streets in protest.

However, voters were still able to express their will at the ballot box. And in the regularly scheduled 2015 legislative elections, the citizens of Venezuela gave opposition lawmakers a supermajority in the National Assembly. Sadly, 2015 was the last time legitimate elections took place. Since then, the government has sought to neutralize the Assembly and bar opponents who could run for office and challenge the dominance of the ruling Socialist Party.

In July 2017, Maduro convened a vote by his own decree to elect a parallel National Constituent Assembly to overrule the duly-elected National Assembly. His new Assembly, with no constitutional standing, called a snap presidential election in May 2018 ahead of the regularly scheduled vote in December.

With most opposition parties unable to quickly respond to the date and many prohibited from participating, Maduro purportedly won— although his government allowed no independent audit. Some 50 countries, including 19 in Latin America, and several international bodies refused to recognize the results.

Opposition parties and the international democratic community demanded new elections following rules set by the constitution and international democratic standards. But they never happened and Maduro took the oath of office January 2019, at the Supreme Court. By law, the inauguration should have happened at the National Assembly building. However, the National Assembly is an institution Maduro ignores.

Because of the unconstitutional and rigged nature of the 2018 election, opponents said a vacancy had been created that Maduro had “usurped.” Article 233 of Venezuela’s 1999 constitution states that the president of the National Assembly shall exercise presidential powers if the elected leader is unavailable to serve and shall call elections within 30 days. Unavailability is described as removal by the Supreme Court, mental incapacity, abandonment, or recall by popular vote. Although failure to hold a legitimate election wasn’t part of that list, it still appears that the term beginning on January 10 commenced with a vacuum.

Article 350 further states: “The people of Venezuela, true to their republican tradition and their struggle for independence, peace and freedom, shall disown any regime, legislation or authority that violates democratic values, principles and guarantees or encroaches upon human rights.”

Thus, Maduro’s electoral shenanigans seem to have given citizens the right to reject any further claims he has to the presidency.

In the face of this controversy, most neighboring countries including the United States, and several international bodies have chosen to recognize the only remaining legitimately elected body in the Venezuelan state—the National Assembly. So too have hundreds of thousands of Venezuelans who showed their support in the streets for the National Assembly and its president January 23.

The repercussions of Maduro’s fake election and inauguration may have consequences beyond Venezuela’s borders.

There are implications for other governments that have held undemocratic votes. In particular, Nicaragua’s president who has stayed in power since 2007 thanks to court packing, constitutional manipulations, and rigged contests. For Bolivia’s leader who is running again despite a referendum on re-election that he lost. And for Cuba’s regime, in which a single party proposes candidates for offices that voters can only rubber-stamp.

The message seems to be clear: patience in the international democratic community is running out for authoritarians and their Potemkin elections. 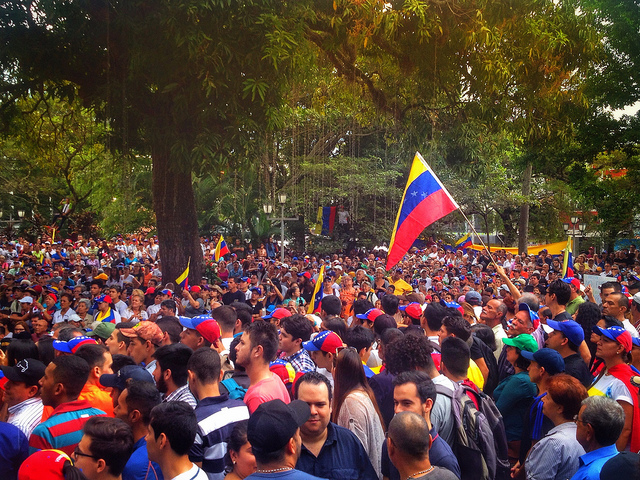