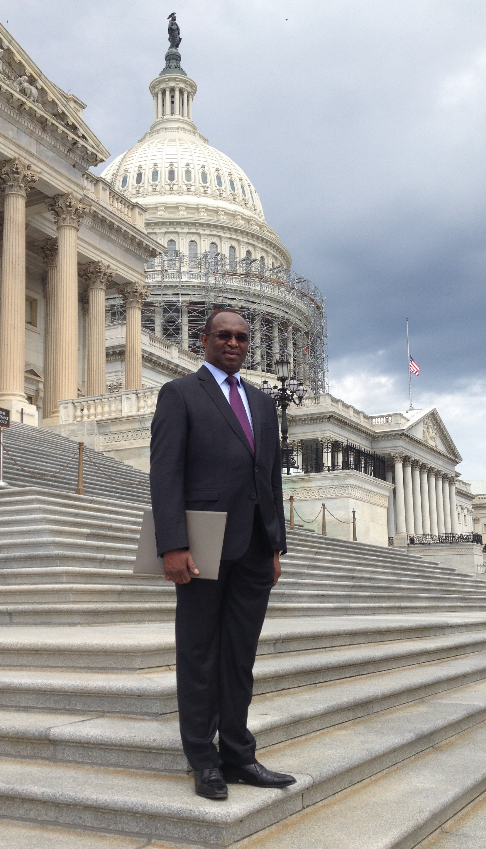 For more than 30 years, IRI has been working with political parties on nearly every continent, delivering consultations, polling presentations and trainings on messaging and communications.

IRI’s assistance in emerging democracies is almost always made available to ruling parties, who themselves control the government or are part of a governing coalition, as well as to opposition parties.

As IRI’s congressional relations director, last week I helped lead Mr. Anicet Dologuele from the Central African Republic (CAR) on a study tour in Washington, DC to investigate this very subject.  Mr. Dologuele is the head of the Union for Central African Renewal party and is the opposition leader in the newly-elected CAR National Assembly. CAR is a nation endowed with an abundance of mineral wealth, but has been mired in poverty and political instability since its independence from France in 1960. Currently, the international community is supervising a political transition after a violent conflict in 2013 between Muslim rebels and Christian militias devastated the nation.  Mr. Dologuele’s visit came just 100 days into CAR’s new, post-transition administration.

I helped arrange a full slate of meetings for Mr. Dologuele with Congressional staff from both Democratic and Republican offices, as well as with other stakeholders off Capitol Hill.  During the meetings, Mr. Dologuele asked pointed questions on the U.S. political experience to derive practical lessons he can take back home with him. They discussed how his party can devising a strategy for when to join with the ruling party and when to oppose it.  Hill staff also highlighted the importance of media savviness to effectively bring issues before the court of public opinion.  Another key issue discussed was the how opposition parties must develop solid policy alternatives to what the ruling party is putting forth.

After his full week in DC, Mr. Dologuele reported that the experiences shared by Congressional staff empowered him with newfound skills and heightened confidence.   He returns to CAR to face a complex and challenging political environment.  With the stakes high for CAR’s newly-elected legislature to deliver for its citizens, Mr. Dologuele’s stewardship of the Union for Central African Renewal party at this important juncture will help shape CAR’s advancement down the road to democracy.