The event commenced with inspiring speeches for women leaders around the globe. Former President Roza Otunbaeva, Kyrgyzstan’s first female president, as well as the first president to engage in a peaceful transition of power started the event,  United States Ambassador to Kyrgyzstan Sheila Gwaltney, United States Representatives Susan Davis and Dina Titus, and Member of Parliament Ashera Halikova, spoke about being women leaders in their respected communities.

The two-day event brought together women leaders from each of the seven Kyrgyz Oblasts, as well as national political and civil society leaders.  Open forums and facilitating panel discussions challenged the typical and traditional gender roles of women in Kyrgyzstan, explored legislation on gender quotas in elections, defined barriers to women’s economic opportunities and provided training sessions on public speaking, campaigns, gender budgeting and CSO outreach.

ZDS has partnered with the International Republican Institute (IRI) since 2012, when the network first established. Since then, they have partnered on dozens of projects, ranging from training up-and-coming women leaders on citizen engagement to providing civic and electoral education to thousands of rural voters across the nation.  ZDS is more than just a network of active women that engage in projects. So often, in Kyrgyzstan, projects and ideas  fade away due to a lack of resources, or abandoning the mission in pursuit of funding. And it is here where ZDS’s true strength, resilience and identity take form, they have  managed to sustain itself by utilizing personal funds of its members. For this reason, ZDS has never found itself in the position of having to compromise its beliefs or abandon the mission. And in a nation like Kyrgyzstan, where so many civil society organizations are donor reliant, ZDS is the embodiment of uniqueness and commitment.

According to WDN Director Valerie Dowling,

The Kyrgyz chapter of WDN will provide a vital new force in the civic life of Kyrgyzstan by empowering and connecting women from across sectors and parties. We look forward to extending our cooperation with our Kyrgyz partners to increase women’s political and civic participation.

ZDS is excited to work with WDN as a representative chapter, in order to reach the next step of organizational development. “We have been actively working for three years to reach this goal. We are very happy to become a chapter of the global network. This is our invaluable achievement and success”, the ZDS coordinator in Issyk-Kul oblast said.

The road ahead is long and challenging, particularly in a nation where even the most empowered of nationally-recognized parliamentary women leaders are having their mandates revoked. However, by working together with women leaders located around the globe ZDS is positioned to develop into a long-lasting voice of political, social, economic and health-based advocacy for women. 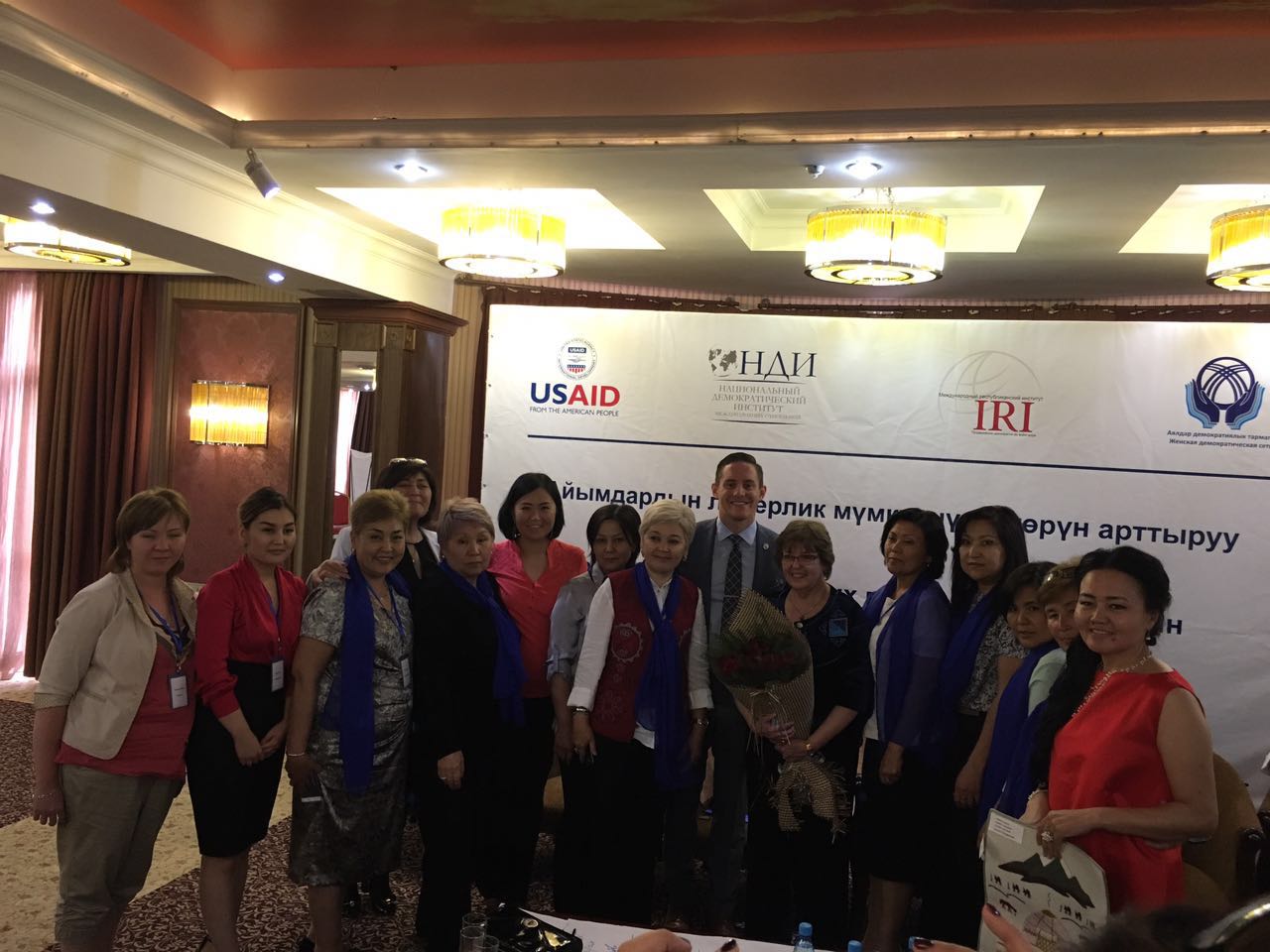