We are ALL Heard: The Women’s Support Network in Morocco

Moroccan women, particularly those in rural areas, often face numerous challenges to becoming involved in politics and civic leadership. In addition to social stigma, lack of opportunity, self-confidence, support and funding are typical barriers that keep women away from political participation.

In the face of these challenges, IRI believes that if women understand how their political system should work, know their rights and possess the self-confidence and skills to assert them, they can have stronger voices within their communities. In support of this objective, IRI launched the Women’s Support Network (WSN) in May 2016, a non-partisan network that encourages women in Morocco to learn about politics, to find their political voice and get involved in public life, and ultimately influence the decision-making process within Moroccan political institutions.

In the words of Khadija B., a female regional councilor and WSN member:

“As women, we feel that we are not competent enough when elected in councils, especially that other men councilors have experience. We are embarrassed to ask questions during the meetings because this will make us sound like we’re not competent enough and we run for office. We are then obliged to agree for something we don’t even understand. This is all because our parties didn’t train us. This is a serious issue, the lack of training. I really hope that this network will help us overcome this kind of issues.”

Beginning as a pilot project across the three regions of Marrakech-Safi, Souss-Massa and Guelmim-Oued Noun, IRI identified three founding members who could lead the charge in conducting outreach and training women interested in political and civic leadership. IRI provided the women with intensive trainings on campaign management skills, communication techniques, strategic planning and tools for engaging citizens in civic education efforts and put them in contact with local and international expertise to become the coordinators of the network in the three regions.

In the months following the network’s launch, the three coordinators have used the skills they learned from IRI, including how to identify community leaders, plan workshops and teach basic political awareness, to reach out to more than 350 women in their communities and train 57 Moroccan women. 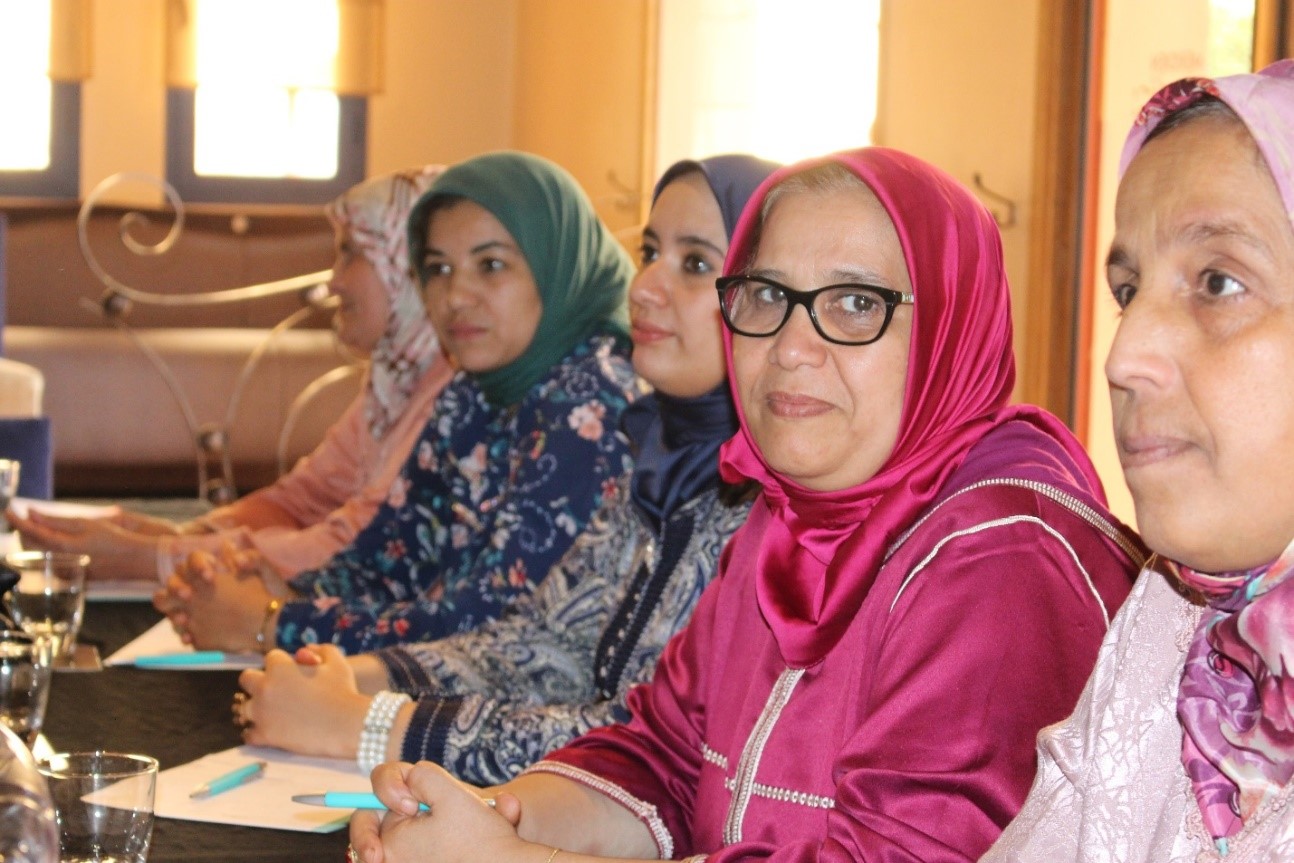 The network places particular focus on encouraging and inspiring women who are new to politics and are looking to find their political voice. As a result, nine women took part in the October 7, 2016 parliamentary elections: two women in Marrakech-Safi and three women in Souss-Massa ran as candidates and four women in Guelmim-Oued Noun played vital roles as campaign team members.

Since its founding, the network has shown how women can be of a great inspiration and support to each other, especially within challenging environments. Nowhere is this better exemplified than the experience of WSN in Souss-Massa. Among the three WSN members in the region, including the network’s regional coordinator, who ran for parliament, one member, Khadija A. ranked fourth on her party’s women’s list, giving her a higher likelihood of winning compared to the other women. For this reason, the members of WSN rallied behind Khadija A., helping her to mobilize voters and encourage them to cast their vote for her. Although the women, including Khadija A, ultimately did not win seats in parliament, the experience of participating in the elections as candidates was an enriching one. Because of it, all three candidates became more aware of the process and the challenges associated with running for office. They also learned about the importance of building a supportive network. Khadija A. said:

“This experience was unique, as I saw that there is a potential for women solidarity in the region, and what matters the most is that people of my community know me now. It is a basis on which I can build up in order to succeed in the upcoming elections.”

We are ALL Heard.

Following an eventful year, the coordinators have named the network Chabakat Nissa Al Ghad or “Women of Tomorrow” because, through their outreach to women in their communities, they became aware of how empowering women by amplifying their voices can influence decision-making and result in a better future. WSN member Mina further emphasized the importance of networks, explaining:

“It is very important to have such a network in our region. The associations in the province are all cooperatives that help women make some profit out of making handicrafts, but they are often run by men who tell them for whom to vote for when it is elections time. There are no associations that aim at supporting women’s access to political life, or support women who are already politicians. Through this network, we can reach out to these women in order to raise awareness on the fact that they need to vote for the ones who will represent their interests.”

Moving forward, the coordinators decided to place special emphasis on tackling women’s marginalization by combating school dropout among rural girls. Habiba, the coordinator from Guelmim-Oued Noun, explained that this focus will “put the rural women…on the spotlight” and unite rural and urban women for an important cause. IRI staff will continue to provide trainings and support to the network members as they register the association and grow it to 12 chapters across every region in the Kingdom, ensuring long-term sustainability of the network beyond IRI’s initial support. 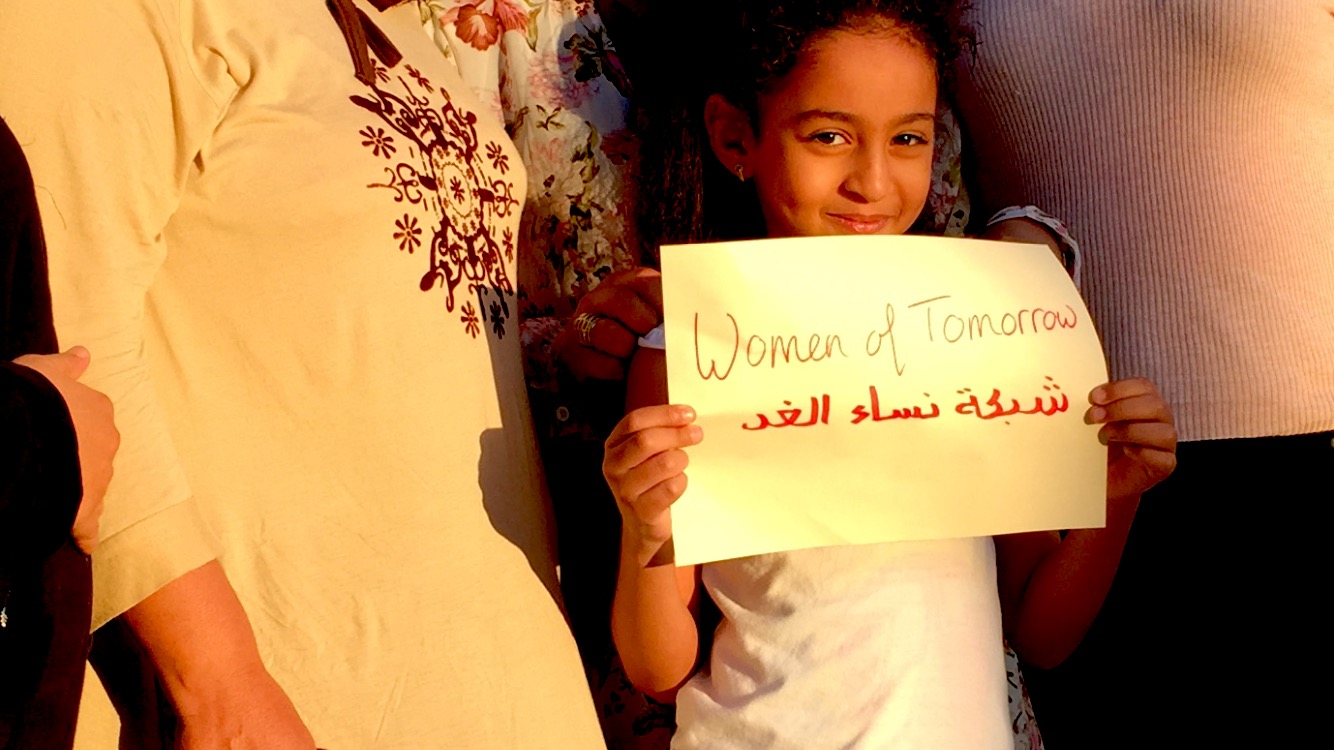