Western Balkans: The Strategic Role of Women in Countering and Preventing Violent Extremism

As the looming issue of rehabilitation and reintegration of foreign fighters begins to saturate the Western Balkans, policy leaders are grappling to understand and identify early warning signs that lead to radicalization, learning the dynamics and profiles of those vulnerable to radicalization, and institutionalizing just and fair processes to prosecute returnees.

An estimated 1,000 foreign fighters (primarily from Kosovo and Bosnia) have fought with the Islamic State in Syria and Iraq, and roughly 15 percent of those leaving to fight for extremist groups are women. As General Wesley K. Clark stated in his WaPo op-ed, “Although the number of foreign fighters from the Balkans is trending downward, the environments in which these individuals became radicalized, and the vulnerabilities to recruitment among disaffected segments of the population, continue to be a concern. The problem of reintegrating returned foreign fighters poses an even more vexing challenge.” 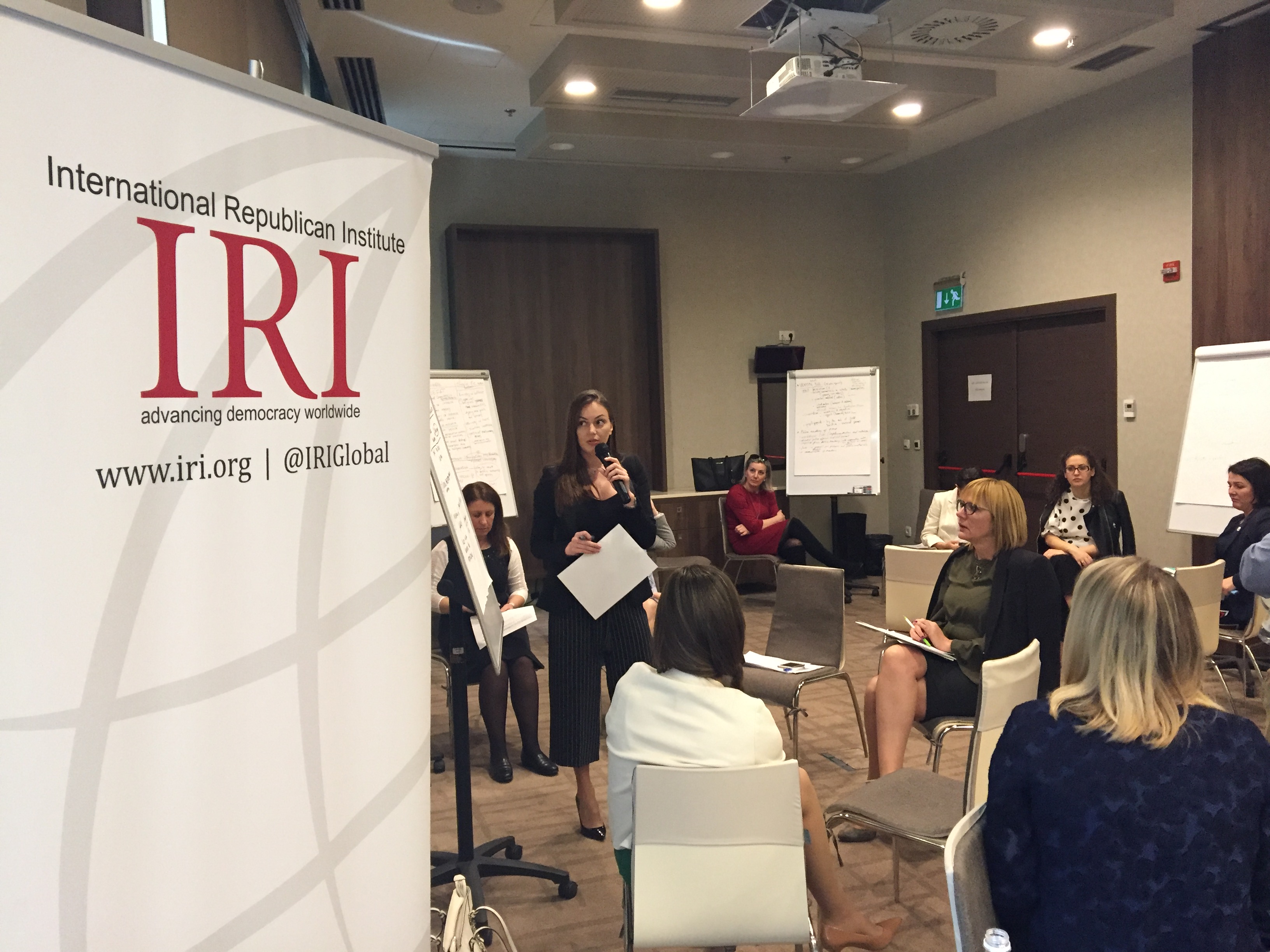 While women perform a myriad of roles in government and the security sector to prevent or counter violent extremism, they are often shut out of policymaking processes around these issues. Moreover, the role women play as extremists themselves are often reduced to overly simplistic characterizations, oftentimes depicting women as having little agency in their actions and yielding ill-conceived or unresponsive policy resulting in increased security risks.

Understanding this data, the Women’s Democracy Network (WDN) and International Republican Institute (IRI) brought together 11 female national government leaders, with a security sector background, from the Western Balkans to discuss the strategic role that women play in both fueling and countering violent extremism (CVE).

This conference provided a rare opportunity for female leaders to engage with their regional counterparts to examine the breadth of these issues—where WDN was able to shine a light on the critical role women play and illuminate a path forward for these key actors in the fight against terrorism. Over the course of three days, with the expertise of trainers from UN Women, Institute for Strategic Dialogue, the Sarajevo-based Atlantic Initiative, and U.S. State Department Counterterrorism unit, participants examined the threat profile of the region, deliberated the policy implications of women as agents of violence and spoke about how women can help in resilience and the reconciliation process. This provided the groundwork for participants to assess common challenges within the region, identify key priorities and promote essential areas for collaboration. 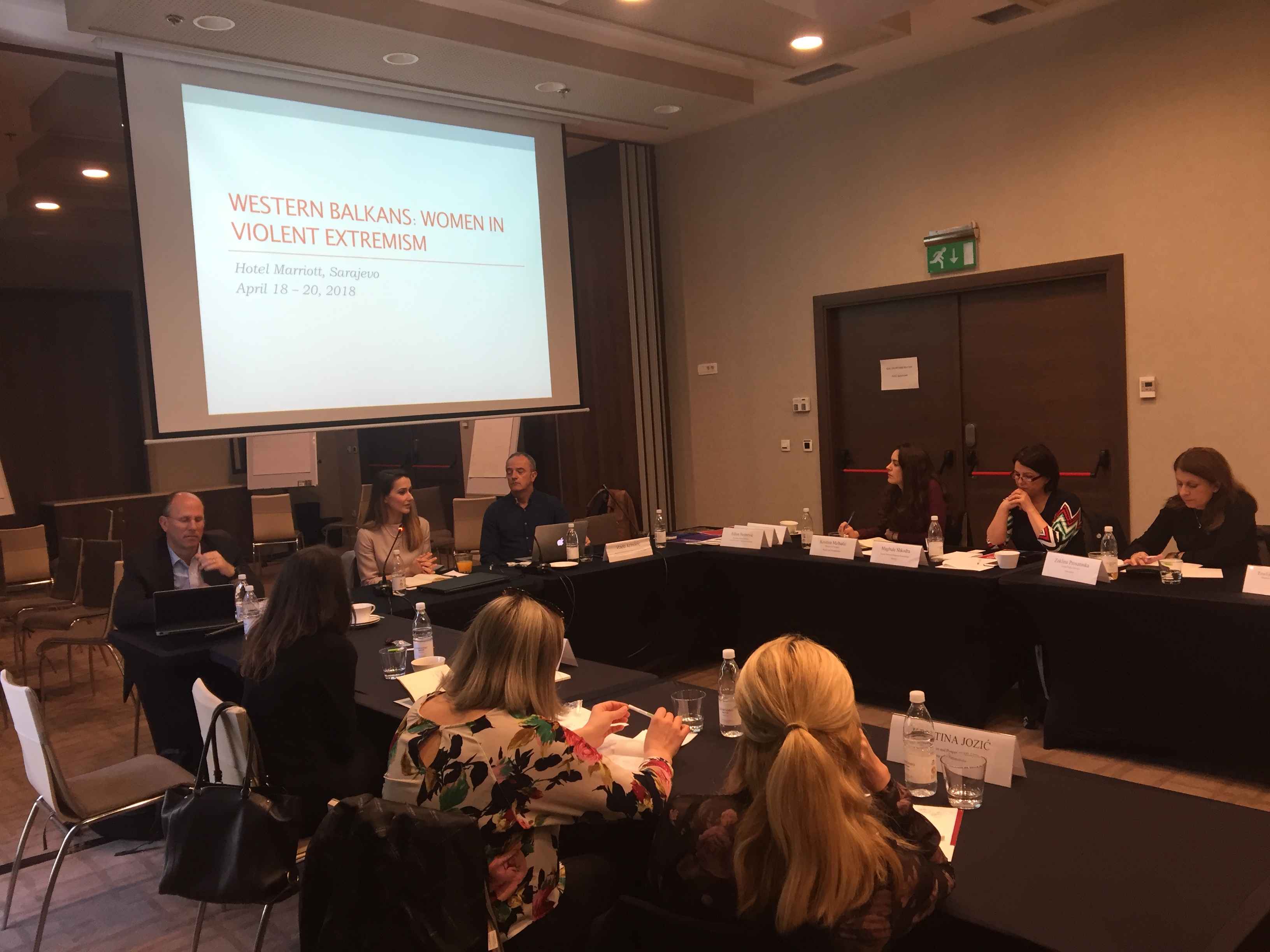 Because participants are positioned to strategically address the issues of CVE in their countries, each of them was able to review and analyze their respective countries’ current plans on CVE and craft mechanisms on ways to enhance these plans to make them more effective on a local and national level. The women were also able to identify regional synergies across country borders and examine ways in which CVE can be tackled from multiple viewpoints. Recognizing there is no one size-fits-all solution regarding the spread of radical extremism, equipping leaders with the proper tools and skills necessary to address and adapt policy efficiently, ensures long-term strategic objectives can be effective.