What Kind of Local Government Do We Want in Tunisia

On January 14, Tunisia celebrated the fifth anniversary of its 2011 revolution, an event that sparked a regional wave of civil protests in the Arab world known internationally as the “Arab Spring.”

Tunisia was fortunate to not endure the bloodbath that many revolutions around the region produced, and, instead has become a remaining glimmer of hope in the region for the potential offered by democratic transition. Yet, five years on, many Tunisians question whether the promise of the revolution has come to fruition, with a good number expressing frustration at the economic and political situation in the country. The presence of discontent and unrest can be felt in the streets, heard in the coffee shops and debated on social media. As several consecutive governments have failed to meet the core objectives of the revolution, it appears that Tunisia could yet become an example of the dangers of failing to tackle  issues of the past including – economic malaise, corruption, social inequality and unemployment.

Since 2011, IRI has conducted 15 public opinion surveys in Tunisia. The surveys have increasingly shown that pessimism regarding the economy has reached a peak. Eighty-eight percent of those polled in November 2015 survey rated the economy as “bad” or “somehow bad” while 33 percent felt that Tunisia is not a democracy at all. Moreover, those who believe the government’s performance to be unsatisfactory increased from 43 percent in June 2015 to 62 percent in November 2015. Consequently, the prevailing attitude can be linked with limited economic opportunities and an uncertain security situation.. There is, however, still hope as IRI’s poll also shows that 49 percent of Tunisians still believe that democracy is preferable to any other form of government.

Min Haqi Nsaalek (My Right to Hold You Accountable), is a coalition of Tunisia based civil society activists representing multiple age groups, political persuasions and ideals. The group formed prior to the 2014 elections and has come together to form a network whose mission is to reinforce the role of the civil society in the national decision making process, to hold the government accountable and to strengthen participatory democracy through its good work.  IRI’s November 2015 poll shows that 59 percent of Tunisians believe politicians do not know the priorities of the government. MHN has established a culture of social accountability and transparency helping to bridge the gap between government, civil society and citizens through its public forums, policy paper recommendations and outreach advocacy activities. 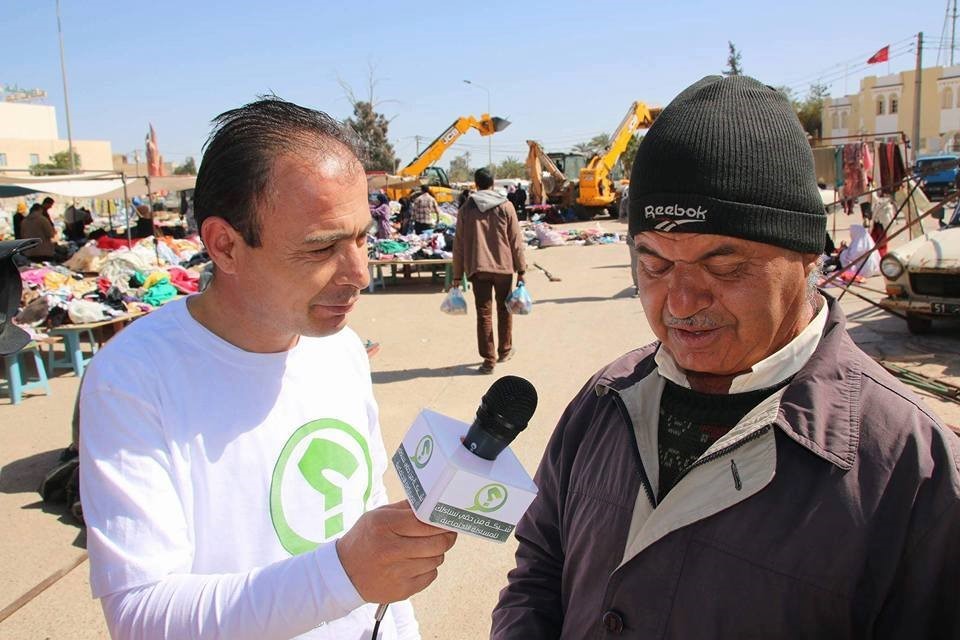 Throughout the month of March, MHN members held a nationwide decentralization advocacy campaign on “What kind of local government do we want?” From Kasserine to Djerba, from Sbeitla to Gafsa, the network canvassed the country holding citizen cafes, staging events in busy public spaces, hosting roundtables and information booths and a photography exhibit. The various events stressed the importance of decentralization and local election preparation as the next major step in the democratic process in Tunisia. The campaign also gave members the chance to promote and distribute a set of policy papers MHN produced on various topics like decentralization guidance, financial and administrative authorities of local government, geographical division for decentralization, youth representation in government and health sector governance. The group also conducted “man on the street” videos where they asked average citizens in their respective communities about the type of local government they wanted and what local government could do to make their lives and their community better.

At the end of their advocacy campaign MHN members came together in Tunis in April to hold a strategic round table as a culmination of their decentralization advocacy campaign. The event, entitled “What kind of local government do we want?” featured a half day of speakers and roundtable discussions on decentralization and local elections. The group brought a variety of speakers to the roundtable that included the Tunisian Minister of Local Affairs, Youssef Chahed, the U.S. Ambassador to Tunisia, Daniel Rubinstein, Members of Parliament Jalel Ghdira and Kalthoum Badreddine, President of the Independent High Authority for Elections, Chafik Sarsar, expert in decentralization and local governance, Taher Ouerdeni; and the president of ATIDE Association, Moez Bouraoui. 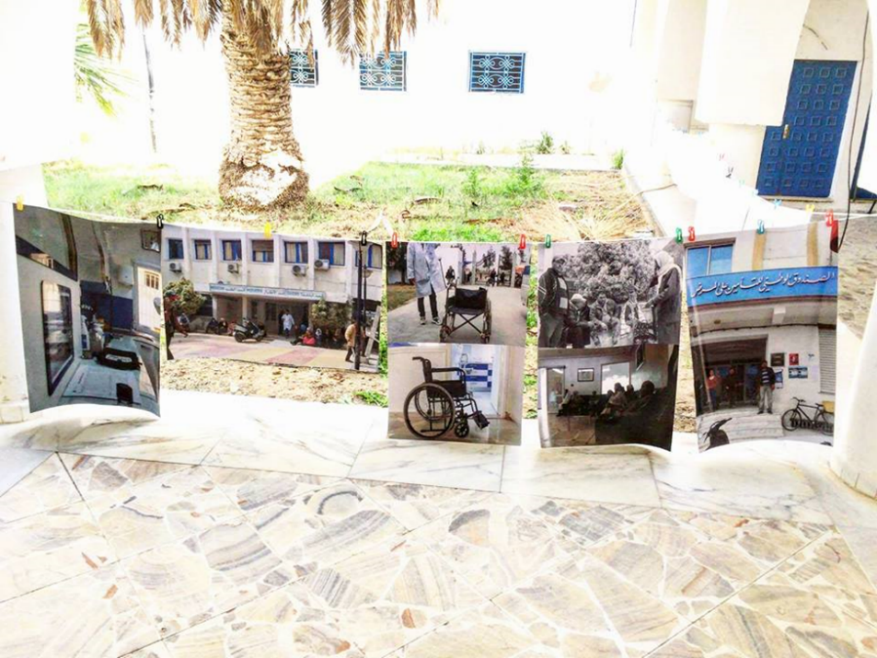 The U.S. Ambassador remarked on the importance of decentralization and local elections preparation as the next major step in the democratic process in Tunisia. In his remarks, the ambassador noted that he was extremely pleased that MHN’s awareness campaigns helped to inform citizens, members of parliament and other government officials on the importance of decentralization. The ambassador emphasized that it was not a secret that decentralization was the next major step in the democratic process in Tunisia. Following the ambassador’s remarks the participants, speakers and media were shown the “man on the street” video which highlighted the various regions where the advocacy campaign took place. The interviews revealed in the video presented the audience a vast range of opinions about decentralization and local governance. Following the video and other presentations, an open discussion on the policy papers drafted by the network took place on the financial and administrative autonomy of local government and its role in regional development and the territorial division of Tunisia. The roundtable capped off a successful advocacy campaign for MHN and stressed the importance of local and regional challenges to decision makers. The members proved that decentralization can be a solution to many of the ailments in the country. The support shown by the participants and speakers reinforces MHN and the important role civil society plays in promoting the principles of democracy in Tunisia five years after the revolution and moving forward as Tunisia moves towards local elections and a decentralized system. 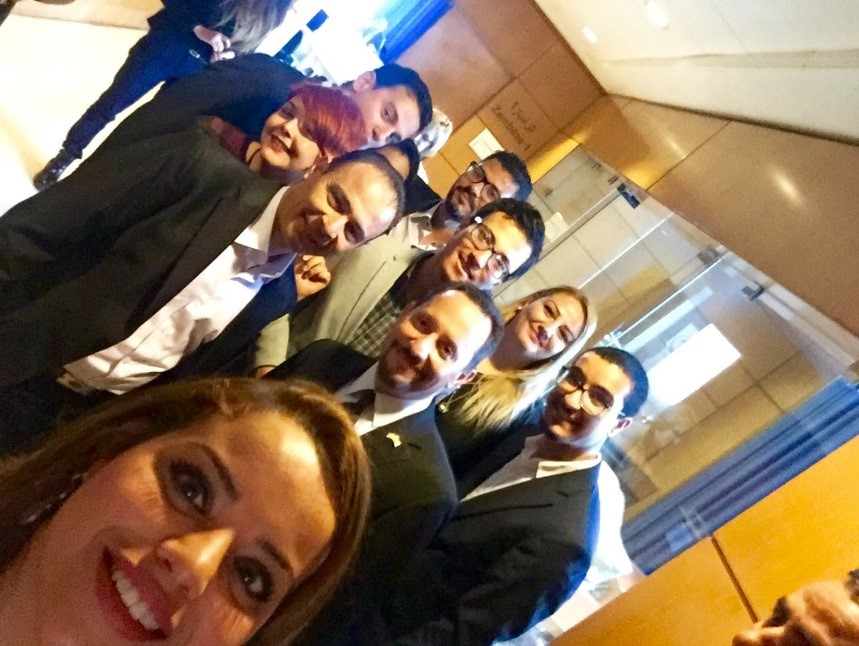 The project is supported by the The U.S.-Middle East Partnership Initiative (MEPI) and the National Endowment for Democracy (NED).