After two decades without them, the country finds itself only days away from a vote in which citizens will elect 580 seats in 71 local districts, including six municipalities and 65 Neighborhood Democratic Councils (NDCs). At stake:  restoring local government structure and reengaging citizens in politics nationwide. Elections take place on March 18, 2016.

In Guyana’s mixed electoral system seats are elected through proportional representation and first-past-the-post. Political parties and voluntary groups (such as civil society organizations) can nominate contenders and ordinary citizens may run independently. Three political parties, 17 voluntary groups and 63 individuals are contesting the local government elections. The majority of candidates are workers (such as truck drivers, teachers, and farmers) and some businesspeople.  Notably, there are a number of youth, aged 25-35, running.

According to a recent study by the Latin American Public Opinion Project (LAPOP) on citizen interest in politics, Guyana ranks last among 28 countries surveyed. Disinterest in politics seems to be reflected in the general mood of the population. The 22-year gap between local elections means that an entire generation has never had the opportunity to run for local office or vote for officials. Despite the number of registered voters (523,831, more than 70 percent of the population), there is a low level of understanding of what local government does.  The former ruling People’s Progressive Party/Civic (PPP/C) incited resentments by filling positions with officials appointed by the central government. 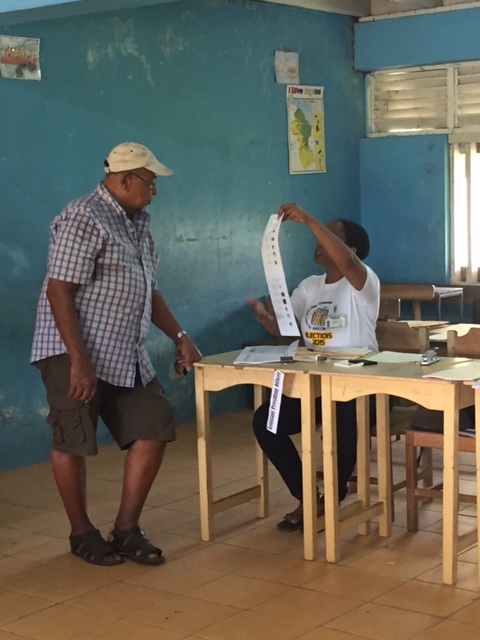 That being the case, the Guyana Elections Commission (GECOM) and local youth groups have been mounting voter education campaigns. The Guyana National Youth Council has revived its “Vote Like a Boss!” get-out-the-vote campaign first initiated with IRI assistance for the national elections in May 2015. However, a gap in voter education efforts remains among women and the Amerindian community.

After the March 18 vote, Guyana’s newly-elected local officials will have a daunting task of not only learning their new roles and responsibilities, but also re-establishing citizen trust in local authorities. There is a need for basic capacity building and the development of citizen engagement mechanisms to promote inclusion and inform citizen expectations. With its first and most direct avenue for contact with citizens, a functioning local government is the foundation for a true democracy.