In countries across the globe, women are often disproportionately excluded from the political process. In an effort to combat this political trend, this year with support from the Middle East Partnership Initiative, IRI launched a program to increase women’s political participation in Libya.

Our program is designed to enhance citizen awareness of women’s role in Libya’s political life and to help women develop the skills they need to have an equal footing with men when running for office. The women we work with receive mentoring and training on how to not only lead but how to better serve citizens and create an effective government.

Throughout the year we will be following the stories of four Libyan women, as they participate more actively in Libyan political life. We hope that this yearlong blog series will help you, the reader, better understand the challenges that Libyan women face on a daily basis, and provide insight into the ways that IRI’s programming is equipping them with the tools they need to create a stable environment.

Given the sensitive climate, we will be blurring some of the personal details of the four women’s lives over the course of this blog series. We can, however, say that they represent the broad spectrum of Libya, coming from the west, center, east and south of the country. In addition, they represent different political beliefs and ethnic groups.

It is our pleasure to introduce them to you in their own words:

Today I want discuss where I come from—my beloved city, Al Bayda—as well as my preparation for the IRI women’s political trainings in March, and how everything happened after that.

My home town is the city of Al Bayda; it lays beautifully on the Green Mountain region in the northeast of Libya, watching proudly over the Libyan shores of the Mediterranean.

Al Bayda is blessed as it is peaceful; there are no wars or conflicts within the city and it is a rural environment. However, my peaceful and beautiful city is continuously disturbed by the loss of men both young and old in areas of conflict. These men are fighting with the army for freedom, peace and national and international security against ISIS and other armed groups.

In Al Bayda a vast majority of citizens—if not all—are in support and in favor of the Libyan National Army, as we see and believe that the independence of Libya will only be gained when Libya reunites its army, reinforces police and security and protects democracy. 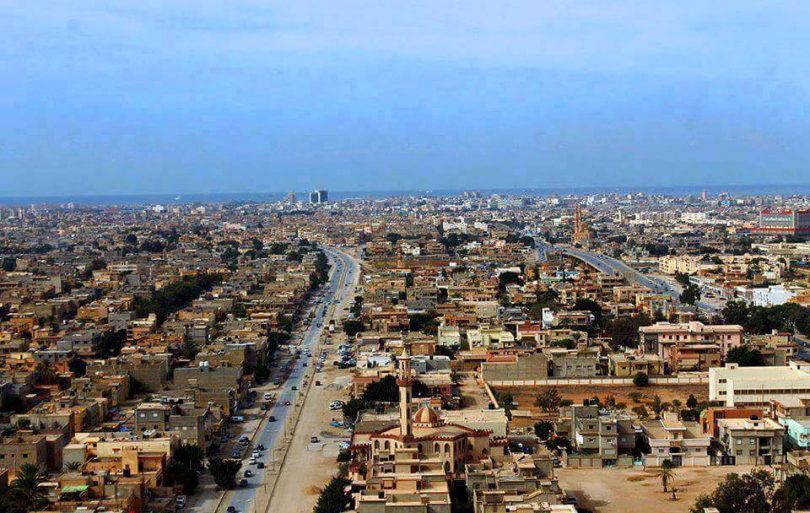 Attending IRI’s women’s empowerment training, “Increasing Women’s Political Participation”, was a great opportunity for me to become more familiar with women’s political participation. The topics covered were of great value for my political development and added a lot to my personal growth as well.

During the training, I had the opportunity to meet other enthusiastic Libyan women and exchange experiences to develop a bigger picture of the lives that Libyan ladies are living in all regions of the country, as each city has its own specific characteristics and unique conditions.

After attending the Workshop and “Training of Trainers” workshop in Tunis and becoming part of the program, it was now time to put my newly gained knowledge to action.

Preparing for my future trainings was very exciting for me—putting training plans together, gathering future participants, and imagining the potential effect that my training could have on Libyan women and society as a whole.

=As I reflected on all that was taught to us during the workshop, I began thinking about how to adapt this course to better fit with my practically closed, yet open-minded society. I thought about how I could most effectively teach and empower Libyan women, and enhance their ability to become more politically and socially active.

In my search for participants, I contacted women who had previous political experience running for office or previous campaign experience supporting female candidates. I also reached out to women who had the potential to run for office in the future—women with community influence who had the power to change the mentality and political awareness levels of other women in their community.

During my participant outreach phase, I faced a couple of obstacles, as Libyan women these days have slightly lost interest in political participation. However, when I assured them, “We can make things change!” their positions would often change and their faces would light up with hope and enthusiasm.

After selecting the participants, I organized a cyber-gathering (connecting through Facebook & Viber groups) to encourage the participants to share their interests and concerns with me and with one another, and to give them a safe space to ask questions before the training began.

The group conversations also gave me the chance to learn about the training topics where participants were lacking knowledge, and to plan accordingly.

During the month of March, I was able to see the outcomes of my hard work and planning. When the training day came, all of the stressful late nights suddenly became worth it. The enthusiastic atmosphere, the hopeful vibes, the amount of participant ambition was indescribable! There were tears, hugs, smiles and shared stories of strength.

The participants arrived at the announced venue spot on time, which reflected the interest and enthusiasm of the ladies. The women were greeted one by one as they arrived. I followed a Libyan tradition by greeting the guests with something sweet—a box of chocolates—to set a friendly environment. I also lightly played soothing background music to calm everyone’s nerves.​

I wanted not only to empower the women politically, but also to show and teach them how to rightfully be appreciated as professional women and influential members of their community.

The women learned effective communication skills and techniques, using methods of direct and indirect communication to practice speaking to one another in a respective manner, using eye contact and showing interest in people’s interests and concerns. This training topic focused importantly on one of the four T’s of the T4 Training Program: Touch.

Getting to experience the changes in attitudes and becoming well acquainted with the unique personalities of these respected women was amazing. I was incredibly impressed by the participants’ creativity, and really enjoyed learning about their different points of view, which gave me a panoramic insight of my own society. After completing this training, I am confident that these women will achieve the political change they want to make in Libya.