M’barka is a young woman from a rural village in southern Morocco. As she recounted to IRI, she was new to politics, having joined a political party a year and a half ago. Though she came with high hopes, she found herself quickly disheartened by discouraging comments from her colleagues in the party. Comments that there was little chance for her to be selected as a candidate for the upcoming elections hit home hardest.

Although she was discouraged, M’barka did not lose sight of what mattered to her most – she knew she wanted to represent her community – and nevertheless persisted, submitting her candidacy for the parliamentary elections on October 7, 2016. After careful consideration, her political party chose her to be a candidate on the national youth list.

Ahead of the elections, M’barka was a staple at IRI’s electoral campaign management trainings. At these trainings, one of the most important lessons she learned was how to conduct citizen outreach despite limited funding for her campaign. Knowing how to get-out-the-vote from IRI trainings, she convinced a group of students to volunteer with her in a door-knocking campaign to mobilize citizens from her community to take part in the elections.

She campaigned on being a strong advocate for her community if elected – a message that was repeated throughout her campaign and further promised to advocate for the issues of women, youth and children at the national level.

One of the members of M’barka’s campaign management team, Fatima, met M’barka at IRI’s campaign training. Utilizing her newfound campaign techniques, Fatima mobilized women in her community to support and vote for M’barka. During campaign outreach, Fatima took it upon herself to explain the voting process to illiterate women who wanted to vote for M’barka. 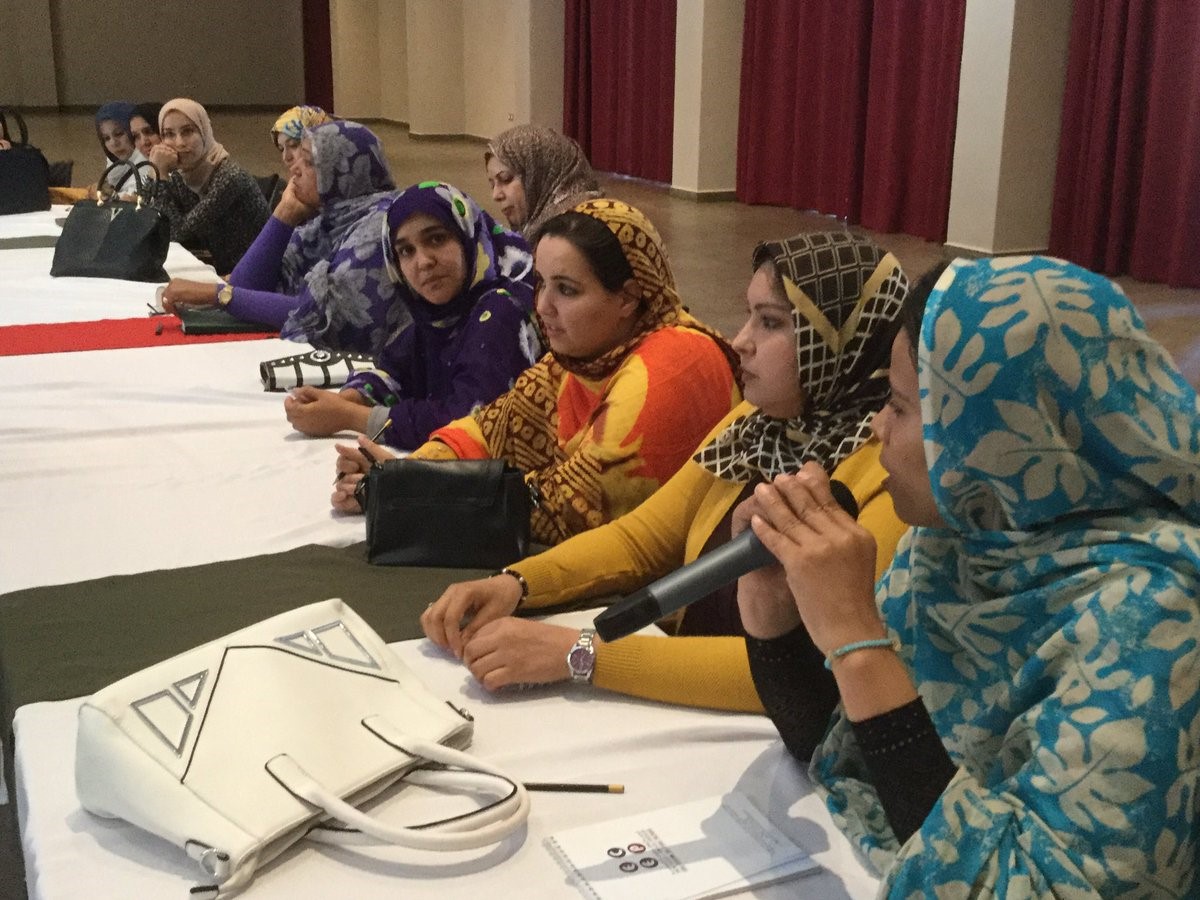 As a result, M’barka was successful in her campaign bid and won a seat in parliament. Proud campaign team member Fatima stated,

It is so important for us that she has been able to get elected because we now know that we have an honest woman from our commune in the parliament who will be representing us in the best way she can.

Both Fatima and M’barka agreed that the most important thing they learned from IRI’s trainings was self-confidence. “Self-confidence is key to a woman’s success, especially in conservative societies like ours in the south. Trainings give us the opportunity to express ourselves and overcome the fear of being wrong in public. It helped me during the campaign to communicate with people and be able to advocate for our party,” Fatima stated.

M’barka and her team learned from this experience that anyone can be elected, even if they are young, female or have limited financial means. M’barka noted, “I’m not rich and I do not have connections at the national level. I’m just a university student. It’s been a year and half that I have been a member of a political party. I applied for the national youth list and I was surprised to be selected as a candidate. I worked hard during the campaign.  Many women and youth from my commune helped me during the campaign as unpaid volunteers because they knew me and wanted me to win. The fact that I won proves that people can win without corruption, without being power-hungry and without coming from a powerful tribal family.  It proves that hard work, commitment and a good reputation in one’s own community is a powerful message for voters. There are youth and women who have been elected as parliamentarians in a transparent way in the last elections and the best is yet to come…”