Youth and Women in Tunisia are More than Ready!

Like every young person in Tunisia, I have always been taught that it is good to take initiative, within limits. Young people in Tunisia are told that the country’s future belongs to them, but that they have to wait to have a say in that future.

Because these contradictory messages have been repeated so many times, Tunisian youth have stopped listening to them. We youth understand that the future belongs to us and that soon we will need to take over to build our country’s future. But, what about now?  Youth need to know that right now, in the present, they need to lead. We cannot wait for the future.

The message of “the future is now” is a hard one to convey because Tunisia’s youth and women have been marginalized for decades, trying to cling to hopes of a better future while facing innumerable challenges and frustration.

The first democratic local elections in Tunisia’s history will take place this December. Tunisians will vote for those who directly govern their streets and communities but citizens are not aware of the importance and potential impact of these elections.

While working for IRI, I have had the opportunity to meet and interact with young activists from a variety of political parties and I have noticed two contrasting patterns of thought. I have met young people who are part of the so-called “Tunisian elite” who are hoping to copy Western democratic ideas to the letter in the Tunisian context, which can make them arrogant and disconnected. On the other side, I have met young activists who are pessimistic and lack goals and ambitions.

This perplexes me because this disconnect between the two groups only serves to slow down youth advancement in Tunisia. I see the same division happening with women in Tunisia also.

As a young Tunisian woman working for IRI, I also had the opportunity to be part of the Women’s Campaign School at Yale University, which teaches women campaign and communication skills. There were only five non-American women out of 60, as most of the attendees were planning to run for office in the United States. The good attitude among women was striking compared to in Tunisia. When women stood up to speak, fellow participants listened and applauded regardless of their age, origins or accent. What women wore or how they spoke was not as important as their message of positivity and inspiration to their communities.

I am motivated to share my experience at the Yale Campaign School with women in Tunisia because I would like to see Tunisian women focus on developing their messages and supporting each other. I am currently preparing to deliver trainings on political communication and electoral campaigns for women from political parties and politically independent women across Tunisia based on what I learned at the Yale Campaign School. Through these trainings, I aim to convey to Tunisian women that being active in local politics is the best way to effect real change in Tunisia, even if this is a long-term undertaking. It is time for us Tunisian women to do what is necessary for the sake of Tunisia. 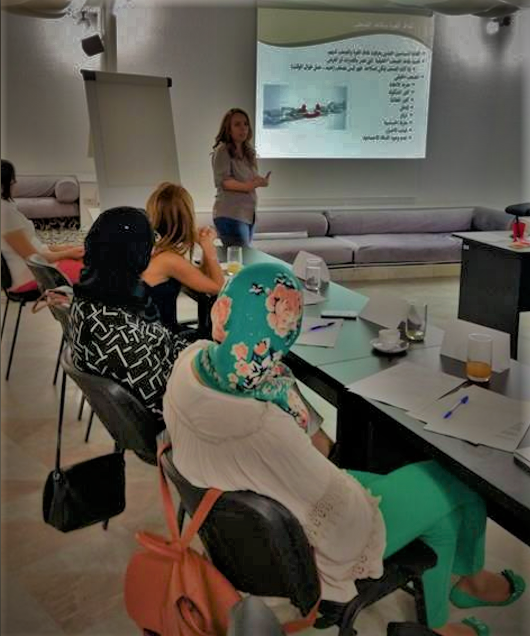