Representing over 30 percent of the population, youth are a pool of untapped talent with the potential to become active members in the political process.

Moroccan youth are looking to make a change. Engaging them to peacefully participate in their country’s political process and allowing them to have a voice in their country’s future is a critical factor in creating a strong Morocco. Located in an area full of turmoil, Morocco – one of America’s oldest Middle East North Africa friends, continues to set itself apart with from the rest of the region. Equipped with the right skills, Moroccan youth can keep the country moving in the right direction.

Throughout the country IRI has implemented a series of youth-focused trainings in Morocco across the three regions of Marrakech-Safi, Sous-Massa and Guelmim-Oued Noun. Participants of the interactive trainings were members of civil society organizations and political parties. They learned about the political systems in Morocco and a wide set of campaign skills, including electoral campaign management, external communication, and voter education. The trainings paid off, and these youths have actively and successfully utilized the available tools to launch initiatives to improve their communities.

Becoming a Candidate at the Age of 25

Nahid is a 25-year old young woman who lives in Marrakech who noticed there was a reluctance from women to take part in politics. She also recognized that everyone’s voice should be heard and that the young women of Morocco should not be scared to come to political table. Along with other women members in her political party, Nahid attended IRI’s campaign school where she learned how to build a campaign team, door knocking techniques and ways to garner support. With new knowledge in hand, Nahid worked hard to promote her party’s image. She also recruited countless women who became party members and volunteers. Because of her efforts, the party’s national leaders selected her to run as a candidate in legislative elections. Being noticed and selected by the party’s leadership has made Nahid even more more enthusiastic to pursue other political participation opportunities; as she stated, “this is just the beginning –the party leadership recognized our efforts because the party in Marrakech has worked hard in the past year. We did our best to attract young people, and the number of members increased. We are a solid group, and this is partly thanks to IRI trainings.” 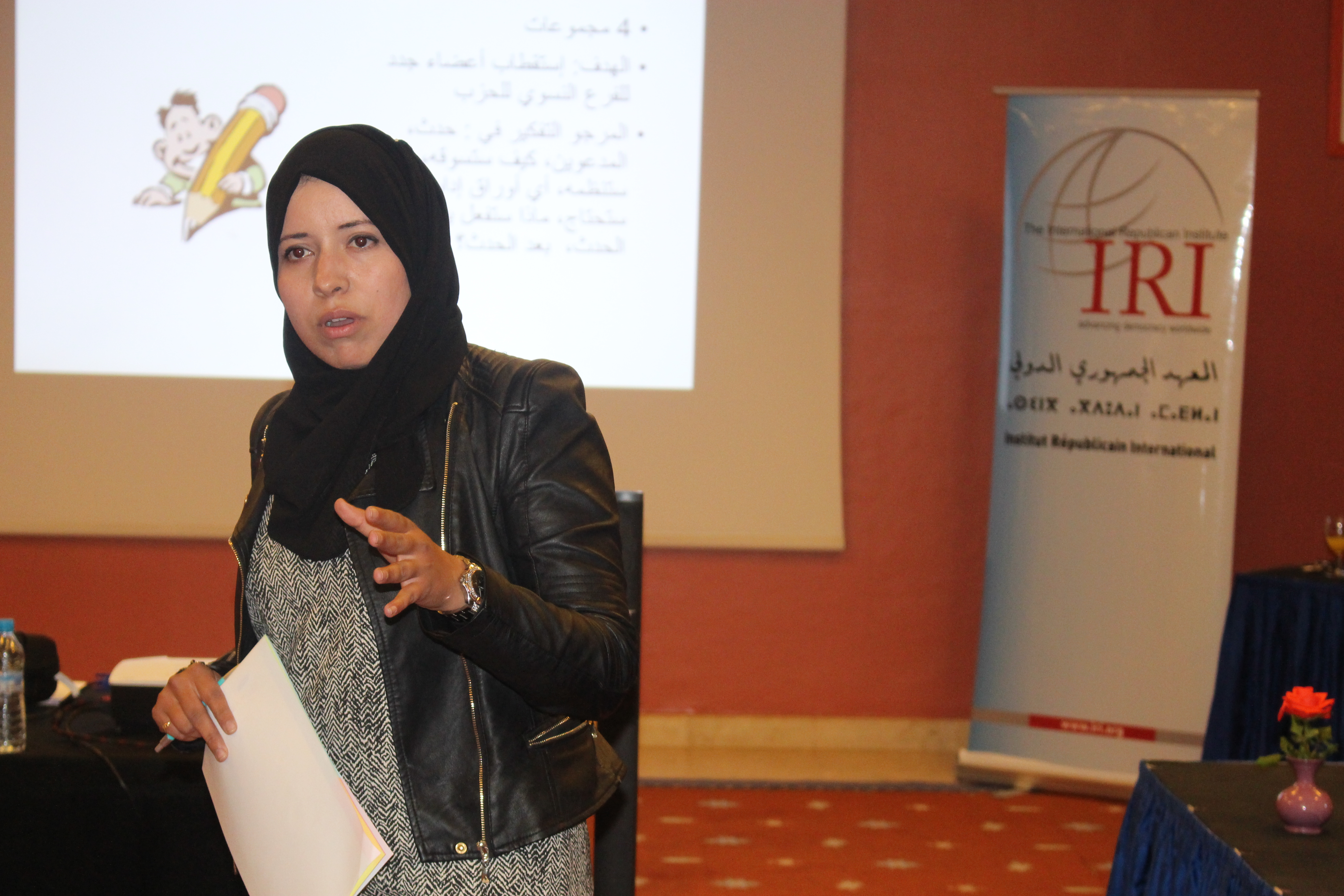 Career Mentoring through Digital Media After attending IRI’s Youth Leadership Academy (YLA) Anas, a 21-year-old young man from Fes, realized that many youth lack mentors and the help they need when it comes to making career decisions. Without the proper support many youths feel lost. At the training Anas learned how to spread positive social messages using modern media techniques. Following the week long academy, Anas worked with a mentor to apply the tools he learned from YLA to produce creative media content that amplifies their voices and shines a spotlight on community issues. 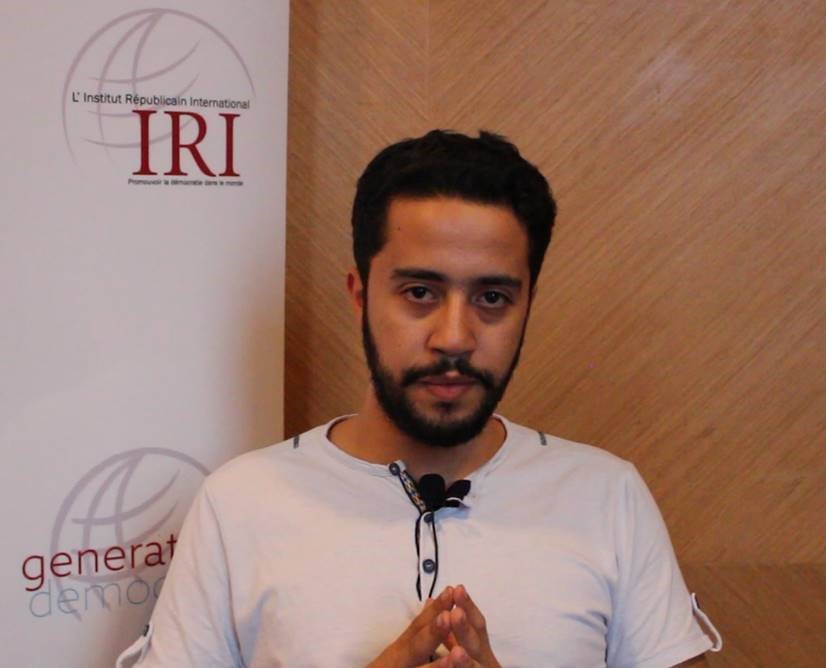 After the mentorship Anas knew he wanted to give high school students guidance on how to choose their future field of study. With the new skills and means of communications he learned from the academy, Anas created a YouTube channel called “Orientation 2.0” to educate students about various fields of study. This allowed young Moroccans fell connected with others when it came to making decisions about their future.

Imad was an example of a young man who wants to get involved in politics but couldn’t find the space to fit in. A youth coordinator of a regional political party branch in Marrakech, Imad wanted to help his party gain exposure and develop their message. However, the party closed its office between elections due to lack of financial resources and did not engage with its members.

Imad attended several IRI workshops, including a training on electoral campaigns and communication. During that time, he started to think about the relationship between his party and the citizens. It was there the desire was born to change his party’s voter outreach strategy.

To make this happen Imad met with motivated women and youth to create an open line of communication between the party and the people in the area. He started party social media accounts that allowed him to engage people throughout the Marrakech on the party’s related activities.

With the help of IRI, Imara reached out to university students and spoke to them about politics and how to get involved. As a result, he had youth register to become members of his political party. When asked about the challenges of getting youth involved in the political process Imara said “The financial resources remain a challenge for the youth and women of political parties. However, using social media, networking and recruiting volunteers and other techniques taught on IRI’s electoral campaign trainings help youth build up their campaign teams and supporters.”

The youth featured are the next generation of Moroccan leaders. They have learned first-hand how to carry out successful community projects, how their government works and important leadership skills. I know that these young people will become increasingly active in their communities and will continue working together to address challenges and find solutions to long-standing problems.