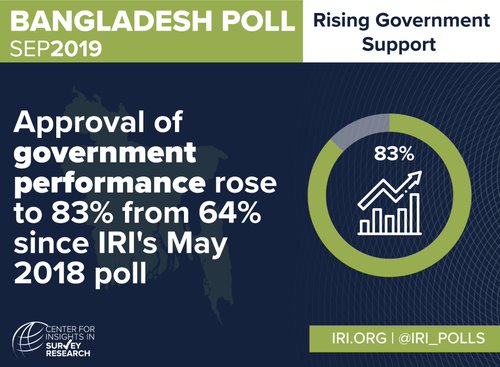 Dhaka, Bangladesh – A new nationwide poll of Bangladesh by the International Republican Institute’s (IRI) Center for Insights in Survey Research shows heightened support for the government in the wake of the controversial 2018 general election, despite concerns over economic inequality and corruption.

“Successes in economic development—particularly improvements in infrastructure — have translated into strong public support for the government,” said Johanna Kao, IRI Regional Director for Asia. “However, if the government is to secure sustained support, it must take steps to respond to citizen concerns over corruption and economic issues.”

Approval of the government’s job performance rose 19 points since IRI’s May 2018 survey to a high of 83 percent, and more Bangladeshis now have a positive view of security, political stability and the country’s economic future.

However, 76 percent of respondents also believe that economic inequality is increasing, and 31 percent say that corruption has negatively impacted their lives. Further amplifying concerns over corruption, a plurality of respondents (19 percent) say that this is the single most important problem facing Bangladesh today. 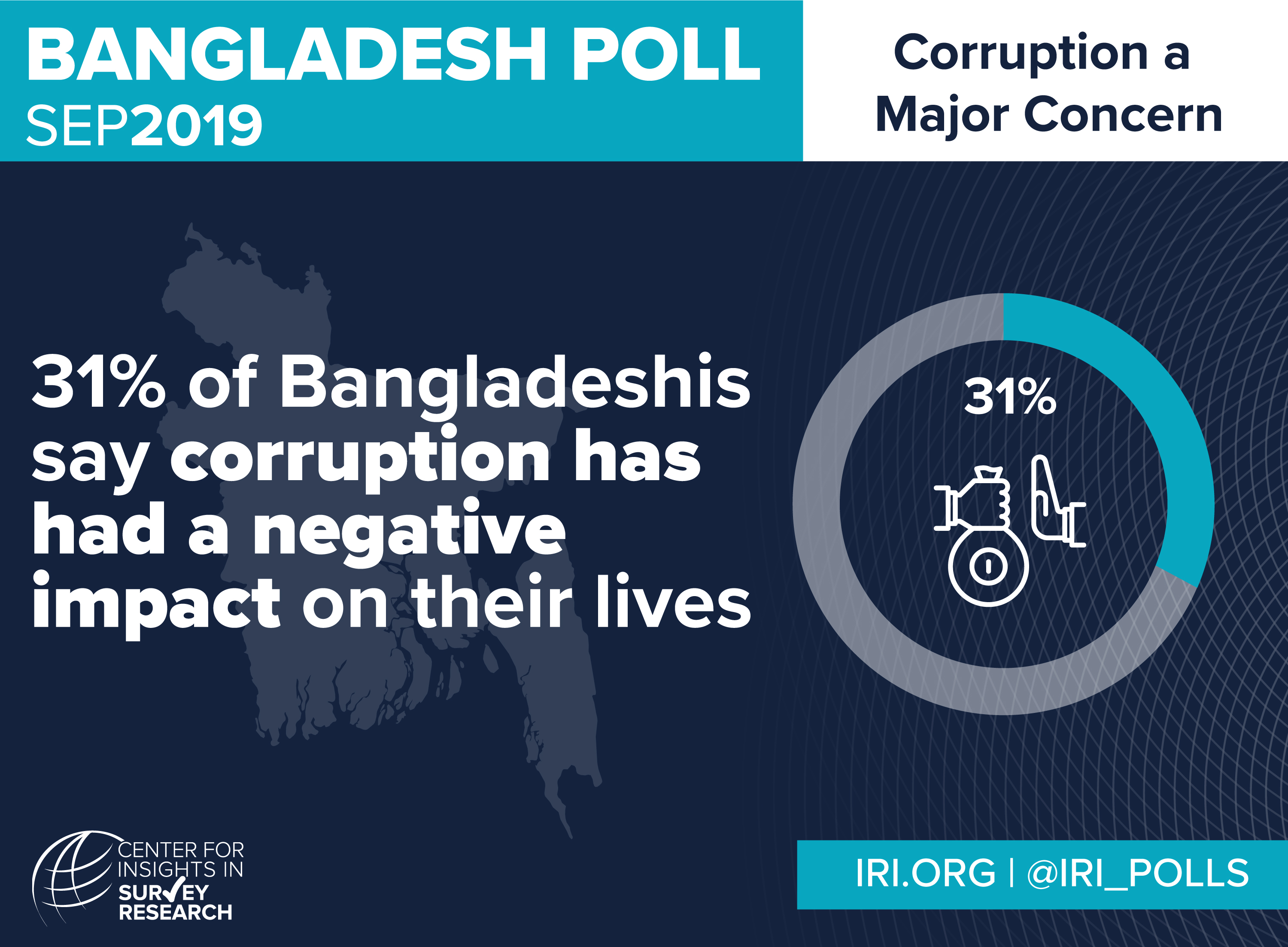 The survey was conducted on behalf of IRI’s Center for Insights in Survey Research under the supervision of Redstone Scientific between August 1 and September 16, 2019. Data was collected using a multi-stage stratified probability sample through in-person, in–home interviews. The sample consists of 4,993 respondents aged 18 and older and is representative of voting-age adults nationally. The sample was distributed into 500 primary sampling units (PSU) from all 64 districts of all eight divisions. The margin of error does not exceed plus or minus 1.4 percent for the full sample, and the response rate was 67 percent.