IRI Poll: Zimbabweans Committed to Ideal of Active Citizenship but Struggle to Participate, Need to be Educated on the Constitution 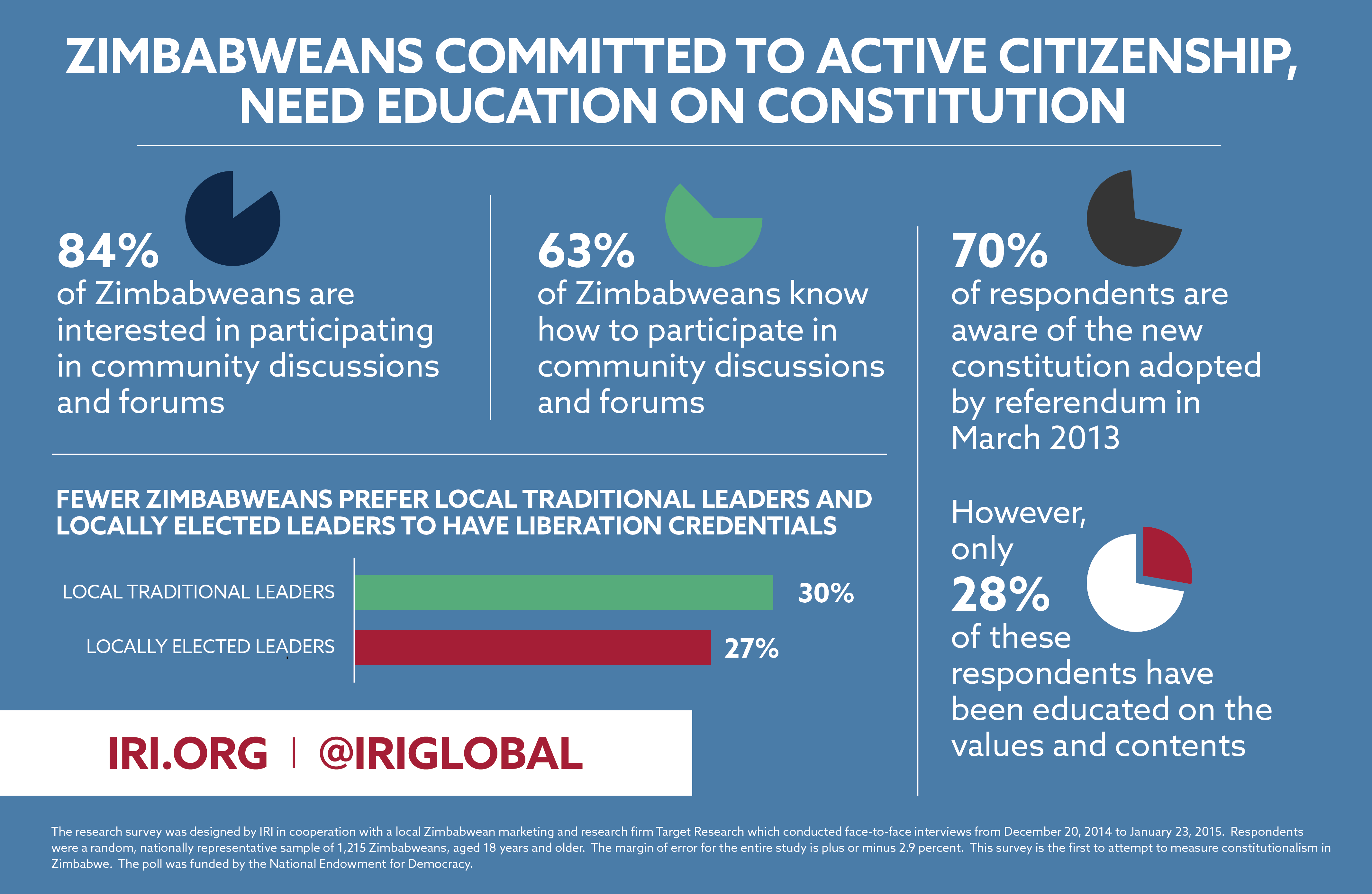 Harare, Zimbabwe – A survey released today by IRI (full poll presentation and report) revealed that while a majority of Zimbabweans are committed to participating in community discussions and decision-making forums, they struggle to participate in these forums.  While Zimbabweans are aware of their new constitution, the large majority do not understand the content or how it applies to their daily life.

Zimbabweans Want a Say in Decision-Making
Eighty-four percent of Zimbabweans are interested in participating in community discussions and decision-making forums as a means to ensure decisions made by local leaders are appropriate and serve the needs of the local community.  The same percentage believe that they can participate freely in these local fora.  However, only 63 percent know how to participate.  Forty percent of Zimbabweans have never participated in community discussions and decision-making forums, while a 47 percent have participated a few times or often.

Roles, Responsibilities and Expectations of Local Leaders
When asked to rank the top three responsibilities of local councilors, traditional leaders and development committee members, the following emerged as being most important in the eyes of Zimbabweans: listening to constituents’ problems and passing them on to the central government (49 percent); resolving constituents’ problems (45 percent); and resolving infrastructure challenges (14 percent).  However, 24 percent of those in rural areas strongly agreed that their elected councilor works for the good of the common people, compared with eight percent of those in urban areas.

Methodology
The research survey was designed by IRI in cooperation with a local Zimbabwean marketing and research firm Target Research which conducted face-to-face interviews from December 20, 2014 to January 23, 2015.  Respondents were a random, nationally representative sample of 1,215 Zimbabweans, aged 18 years and older.  The margin of error for the entire study is plus or minus 2.9 percent.  This survey is the first to attempt to measure constitutionalism in Zimbabwe.