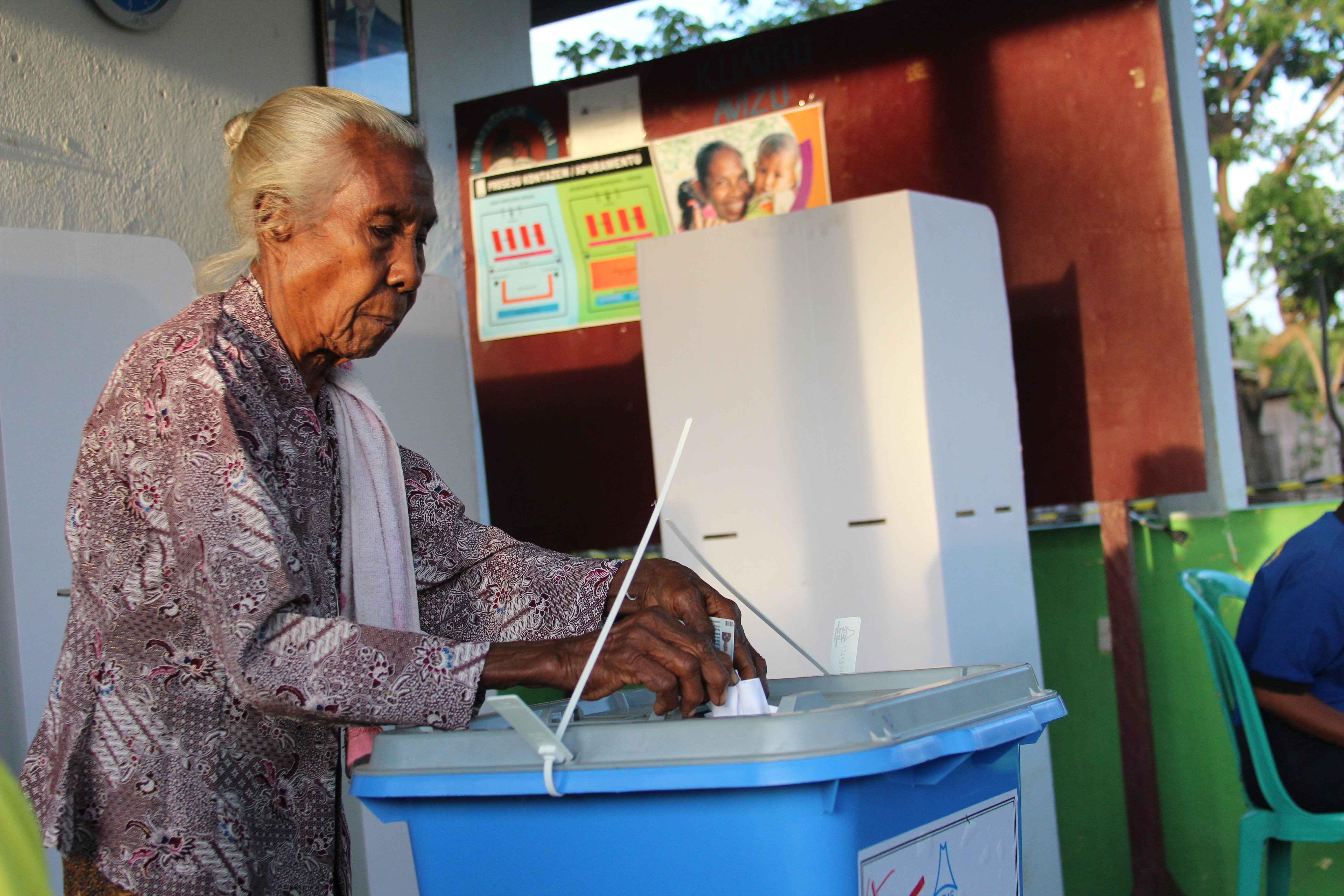 The citizens of Timor-Leste went to the polls to vote for the second time in less than a year after President Francisco “Lú-Olo” Guterres called a snap election when he was unable to form a government and pass a budget in the national legislature.

Delegation co-chairs Randy Scheunemann and Bruce Edwards said, “The Election Day atmosphere was peaceful yet energized, with only minor incidents reported during the campaign period which did not affect the election.”

IRI deployed a short-term observation delegation of 18 accredited observers on May 12, 2018 who monitored voting procedures in all 13 municipalities on Election Day at 112 polling stations. The mission was deployed as part of a United States government-led effort to support Timor-Leste’s electoral process and help ensure a free, fair and peaceful electoral environment.

IRI also deployed a long-term observation mission of three accredited observers to observe the electoral process leading up to Election Day. Between April 10 and May 5, IRI’s long-term observers attended 158 events and meetings with election-related stakeholders in all 13 municipalities, which were documented in weekly public reports issued by IRI.

IRI observers noted that the staff of the two election management bodies, CNE (Comissão Nacional das Eleições) and STAE (Secretariado Técnico de Administração Eleitoral) were professional and dedicated throughout the official campaign period as well as on Election Day. Building on their experience managing the 2017 Presidential and Parliamentary elections, STAE and CNE remained efficient and impartial by following set procedures. IRI observers noted that polling stations were orderly and voting was peaceful and generally well-organized despite minor procedural irregularities.

Since the restoration of Timor-Leste’s independence in 2002, IRI has helped Timorese civil society, members of parliament and political parties develop and strengthen their democratic institutions.

As the only non-governmental organization to work directly with Timor-Leste’s political parties since 2000, IRI prepared political parties for the 2001 constituent assembly and the 2002 presidential elections. Since then, IRI has provided technical assistance during every subsequent election and deployed an observation mission to the 2012 and 2017 parliamentary elections. With a nuanced understanding of the on-the-ground, in-country realities, our work has supported civic education, bolstered political pluralism, increased political participation of women and youth and strengthened the capacity of the parliament to serve as an independent and representative legislative body.