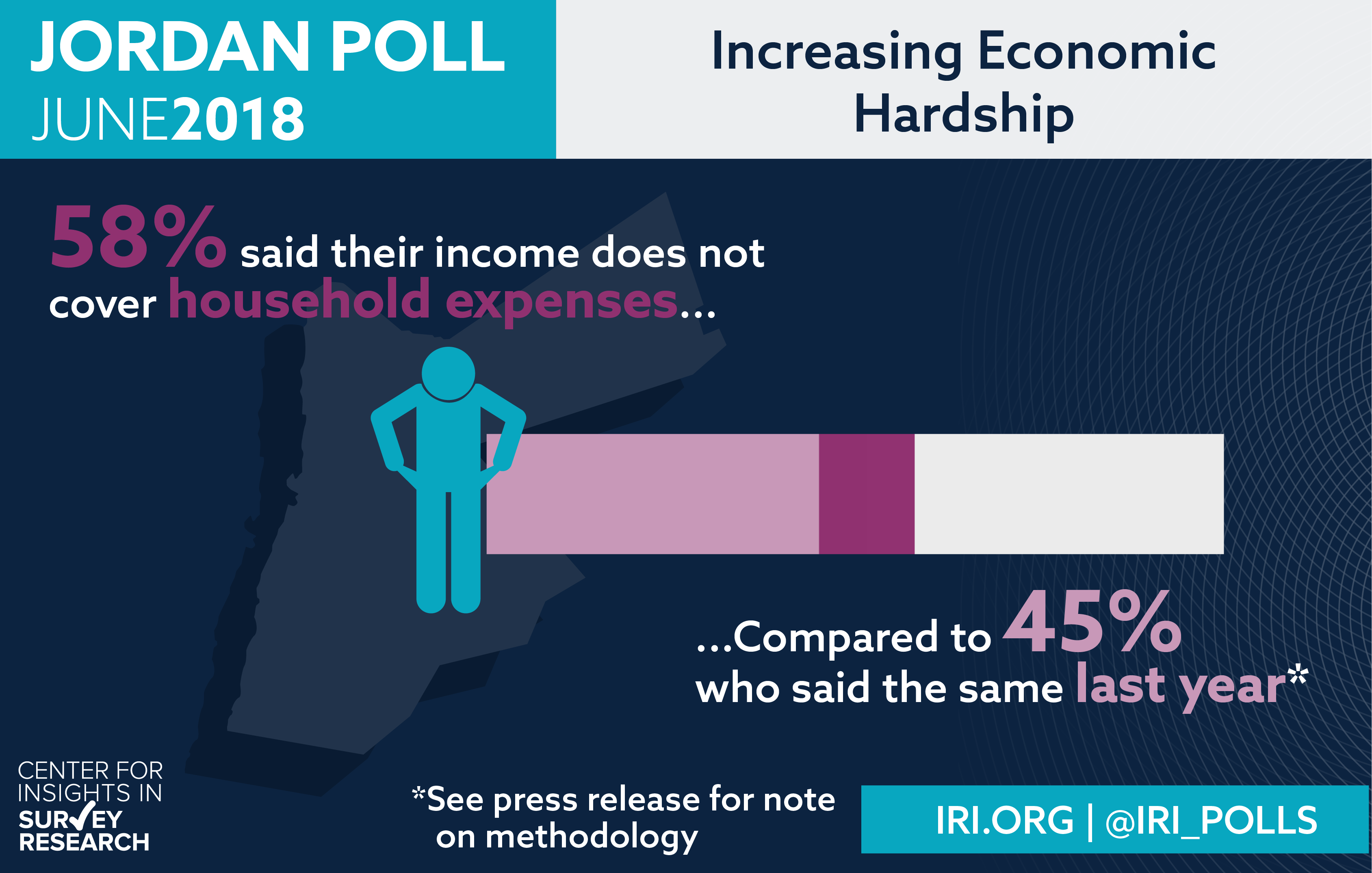 “This poll reflects a decrease in public confidence—likely influenced by the protest movement that began just 10 days before the poll was fielded, which brought about the collapse of the Jordanian government,” said Patricia Karam, IRI Regional Director for the Middle East and North Africa. “It is crucial that the new government take steps to address the lack of faith in government institutions, as the country’s democratic and economic development hinges on building a functioning representative government.”

The poll also reflects increasing levels of dissatisfaction with the economic situation. Fifty-eight percent of respondents report that their income does not cover household expenses and face difficulties making ends meet—a 13-point increase from May 2017.*

“Clearly, there is a direct connection between increasing public frustration with the economy and the loss of confidence in representative institutions and the democratic process,” commented Jake Jones, IRI’s Resident Program Director for Jordan.

This survey was conducted on behalf of the Center for Insights in Survey Research by NAMA Strategic Intelligence Solutions. Data was collected between June 20 and June 29, 2018 through face-to-face interviews. The sample consisted of 1,525 Jordanians aged 18 and above, and the margin of error is +/- 2.5 percent for the full sample.

*The 2018 poll featured an improved sampling methodology, which may impact the direct comparability of the 2018 data to prior polls. 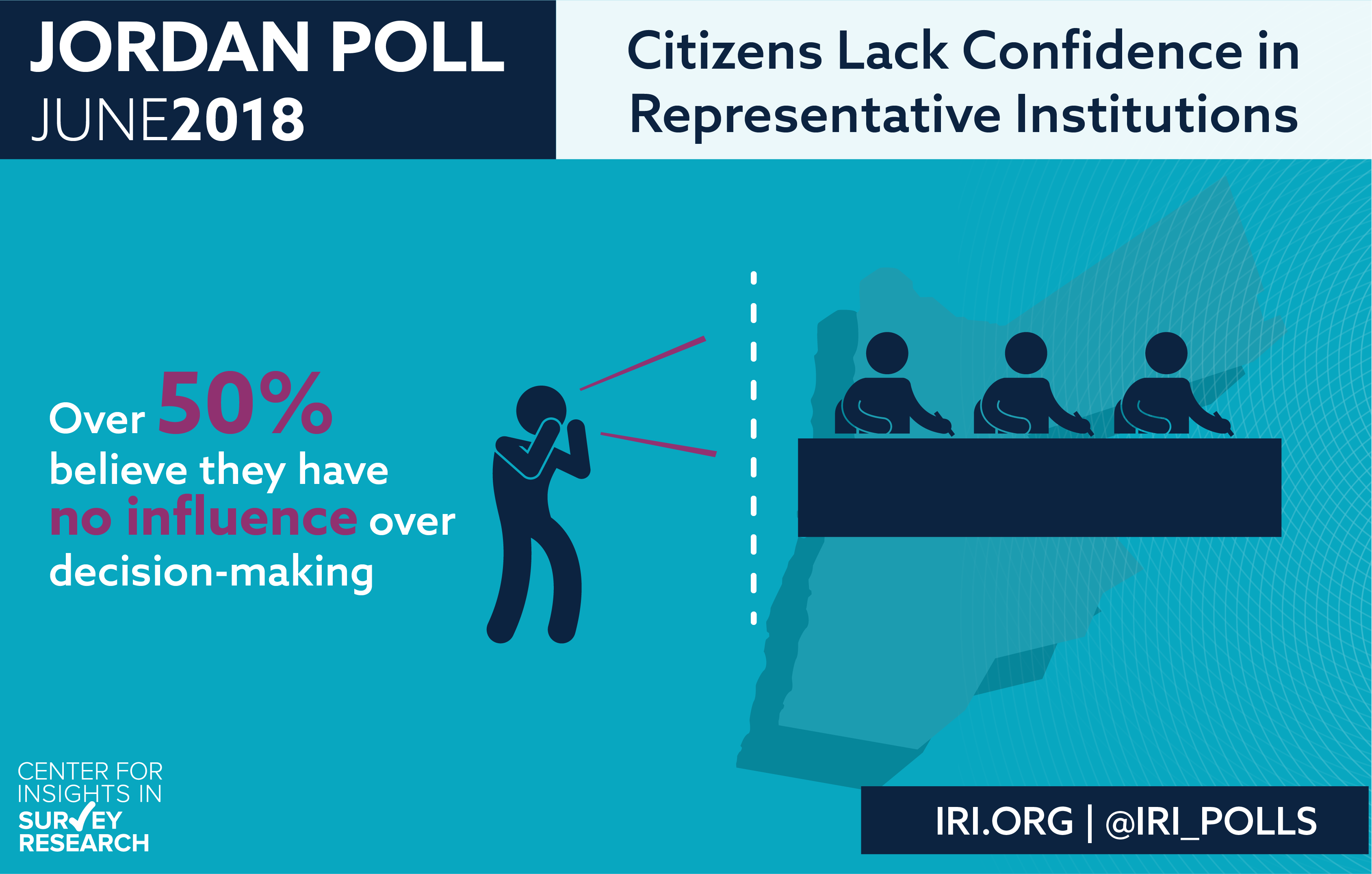 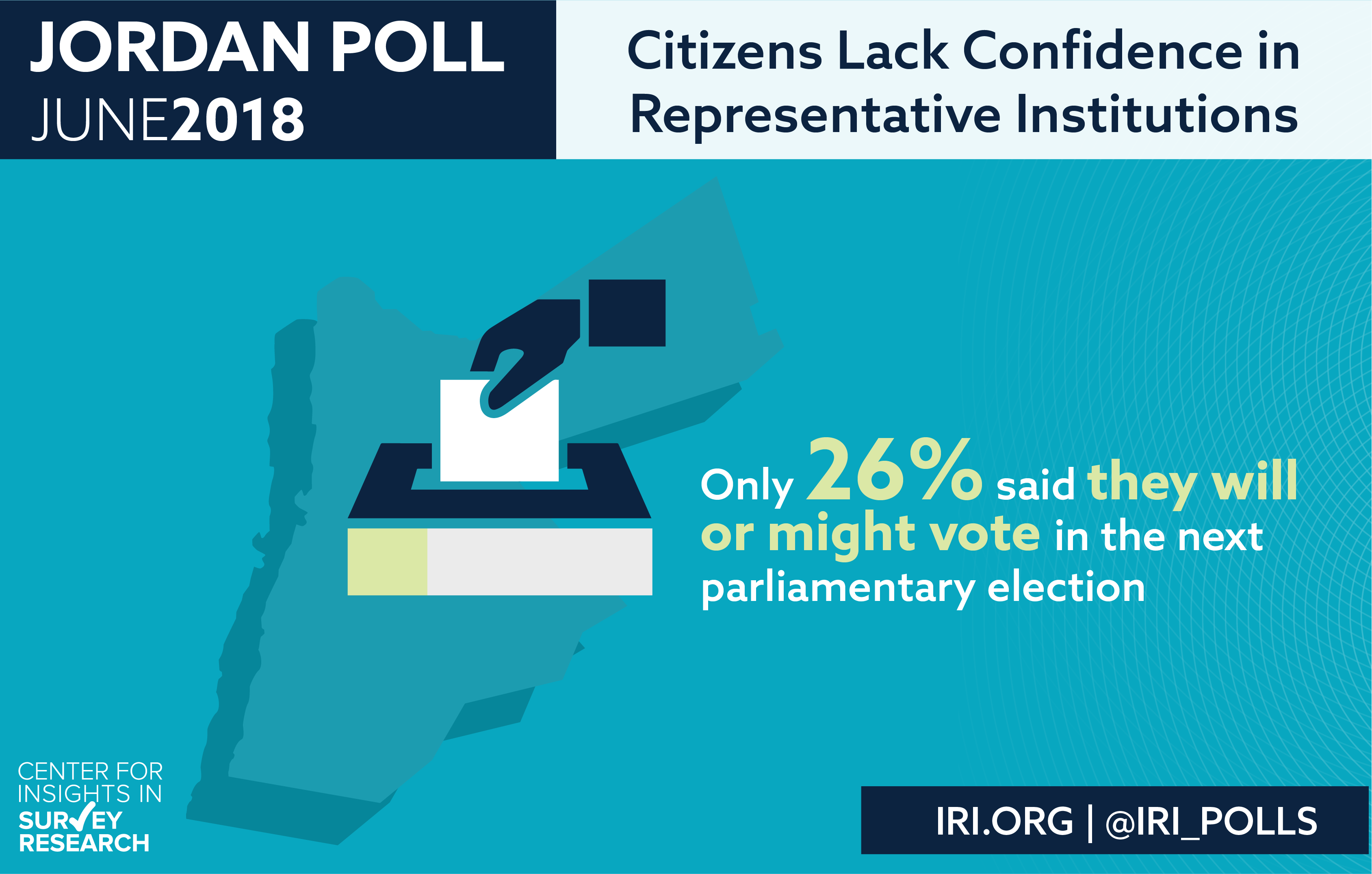