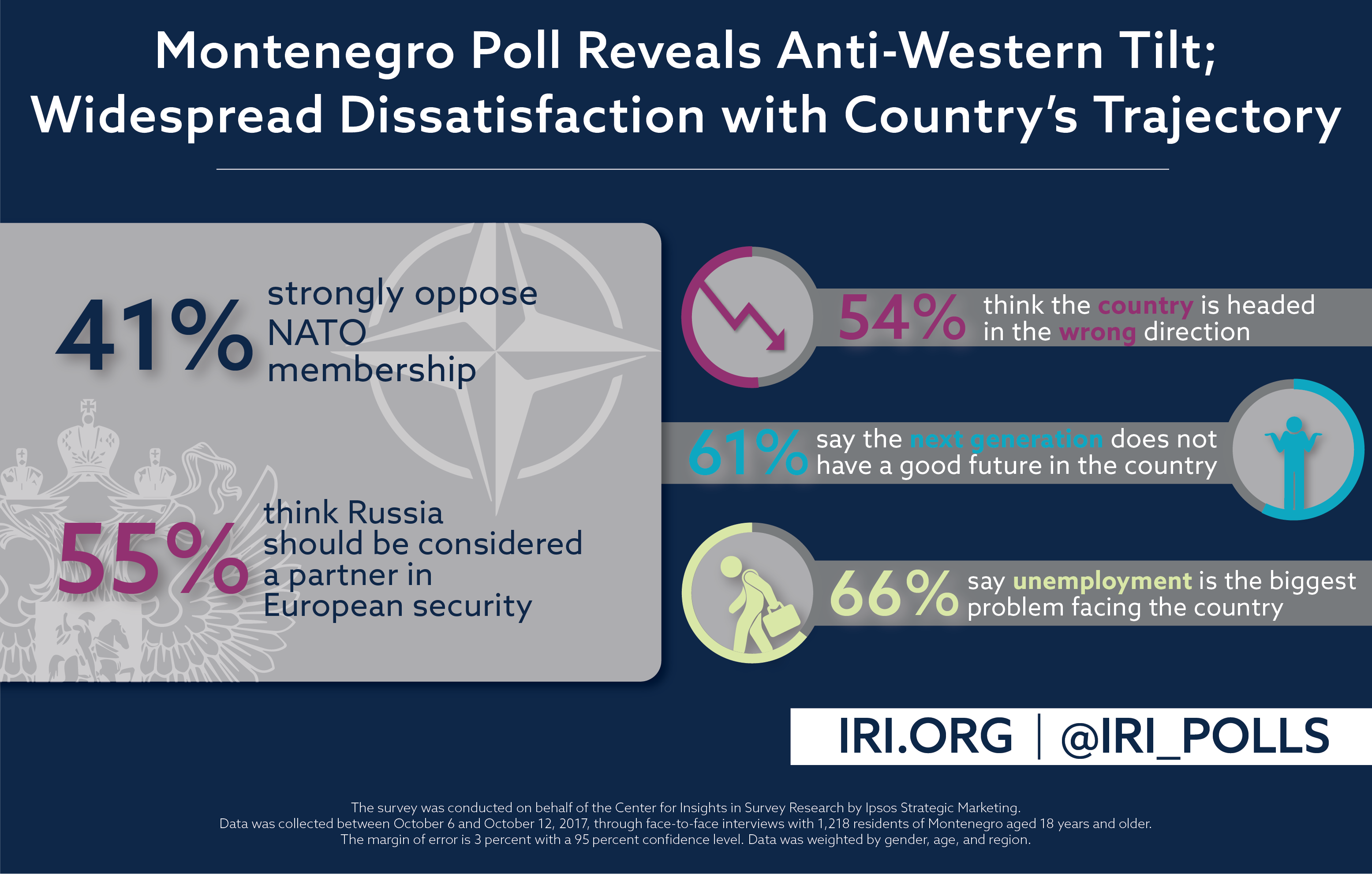 Washington, DC—A new poll of Montenegrins by the International Republican Institute’s (IRI) Center for Insights in Survey Research reveals widespread opposition to NATO and U.S. involvement in Europe’s security and dissatisfaction with the direction of the country.

“This survey raises significant concerns about the prevalence of anti-Western sentiment in Montenegro and the country’s apparent tilt towards the Kremlin,” said IRI Deputy Director for Europe Paul McCarthy. “Transatlantic leaders should take note of this troubling trend and work closely together to strengthen Montenegro’s democratic resilience to negative foreign influences within a strong Euro-Atlantic security framework.”

More than half of respondents (54 percent) think that Montenegro is headed in the wrong direction, while 61 percent do not feel that young people have a “good future” in Montenegro. Sixty-six percent cited unemployment as the most significant problem facing the country, followed by low salaries/pensions (38 percent) and crime (33 percent).

The survey was conducted on behalf of the Center for Insights in Survey Research by Ipsos Strategic Marketing. Data was collected between October 6 and October 12, 2017 through face-to-face interviews with 1,218 residents of Montenegro aged 18 years and older. The margin of error is 3 percent with a 95 percent confidence level. Data was weighted by gender, age, and region. Figures in charts and tables may not add up to 100 percent due to rounding and/or multiple choice answers.