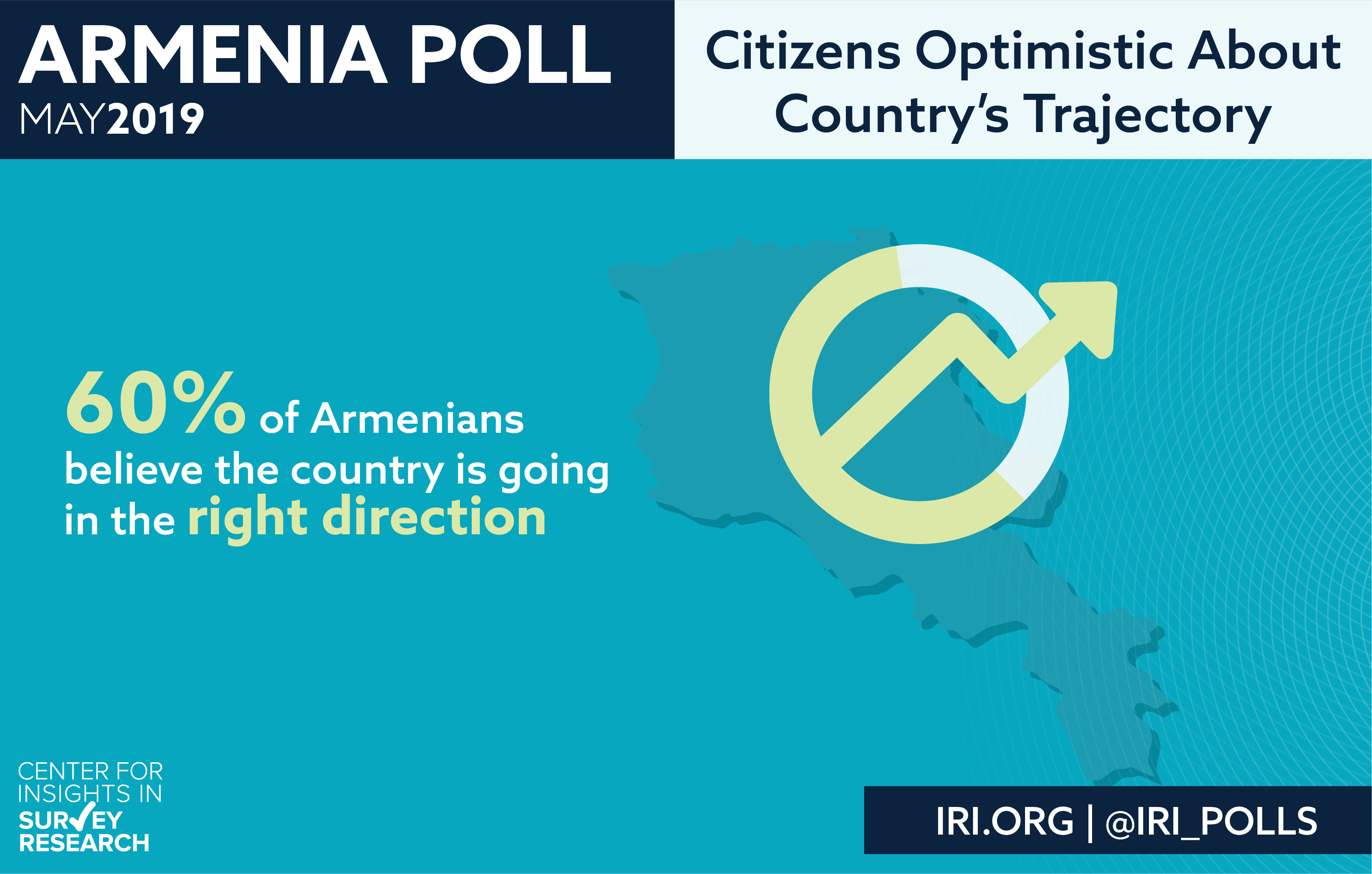 Yerevan, Armenia — A new nationwide poll of Armenia by the International Republican Institute’s (IRI) Center for Insights in Survey Research shows high public confidence in government and optimism about the country’s future, even as Armenians remain concerned about economic issues.

Poll results indicate a strong popular mandate for the new government to press on with reforms. More than 60 percent of respondents want the government to undertake both political and economic reforms quickly rather than gradually.

“The goodwill expressed by the Armenian people presents the Armenian government with an unprecedented opportunity to undertake fundamental reforms that strengthen the country’s democracy and improve the economic well-being of its people,” said Stephen Nix, IRI Regional Director for Eurasia. “The government’s speedy delivery on reforms will be key to maintaining its strong public support and the momentum to press on with its agenda,” Nix added.

Despite these demonstrations of optimism, Armenians remain concerned about a number of issues facing the country. When asked about the government’s greatest failure, respondents most often cited bad management (22 percent). The percentage of people who believe they can influence decisions made in Armenia has declined from 72 percent to 53 percent during the past six months.

In keeping with previous IRI surveys, jobs (30 percent), socioeconomic problems (18 percent), wages (14 percent) and pensions (12 percent) topped the list of priority issues the government must address within the next six months. Although 42 percent think that the economy as a whole has improved over the last six months, just 24 percent cite improvements in the economic situation of their own households over the same time period.

The survey was conducted on behalf of IRI by Dr. Rasa Alisauskiene of the Baltic Surveys/The Gallup Organization, with the fieldwork carried out by the Armenian Sociological Association. Data was collected throughout Armenia between May 6 and May 31, 2019 through face-to-face interviews in respondents’ homes. The sample consisted of 1,200 permanent residents of Armenia aged 18 or older and eligible to vote. It is representative of the general population by age, gender and region. The margin of error does not exceed plus or minus 2.5 percent for the full sample. This survey was funded by the U.S. Agency for International Development.