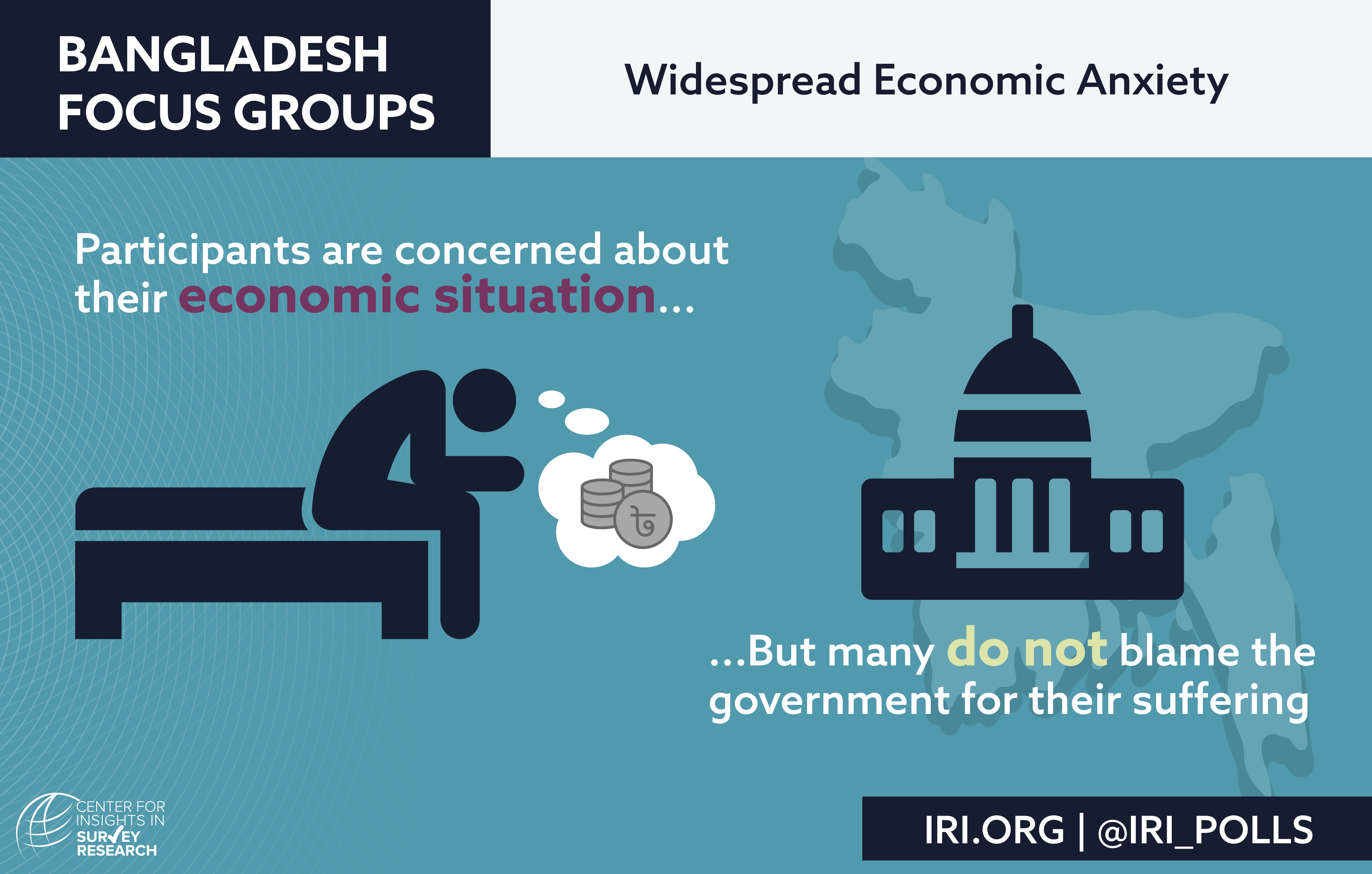 concerned about their economic situation and view corruption as a significant problem that pervades their daily lives. This qualitative study is based on a series of 16 focus group discussions conducted in Bangladesh’s eight divisions, with the aim of better understanding citizens’ views on critical economic, political and security issues facing the country.

“Despite the great strides Bangladesh’s economy has taken in recent years, our research indicates that many Bangladeshis continue to suffer from economic anxieties and report high levels of corruption,” said IRI Regional Director for Asia Derek Luyten.

The findings indicate that participants do not seem to blame the government for their economic challenges, but are critical of the quality of Bangladesh’s democracy and democratic institutions. Despite concerns over issues such as electoral fraud and violence, most participants intend to vote in the upcoming general election, and participants overwhelmingly favor greater cooperation between political parties. Additionally, participants view corruption as a major problem and reported experiencing corruption on a regular basis.

“While participants were critical of the quality of Bangladesh’s democratic institutions, they remain strongly committed to democracy and key democratic norms. Nearly all participants consider voting to be their duty as citizens of a democracy,” said Luyten. “It is vital that the government take steps to ensure that these elections are free and fair, and work across party lines and with citizens to strengthen Bangladesh’s democratic institutions.” 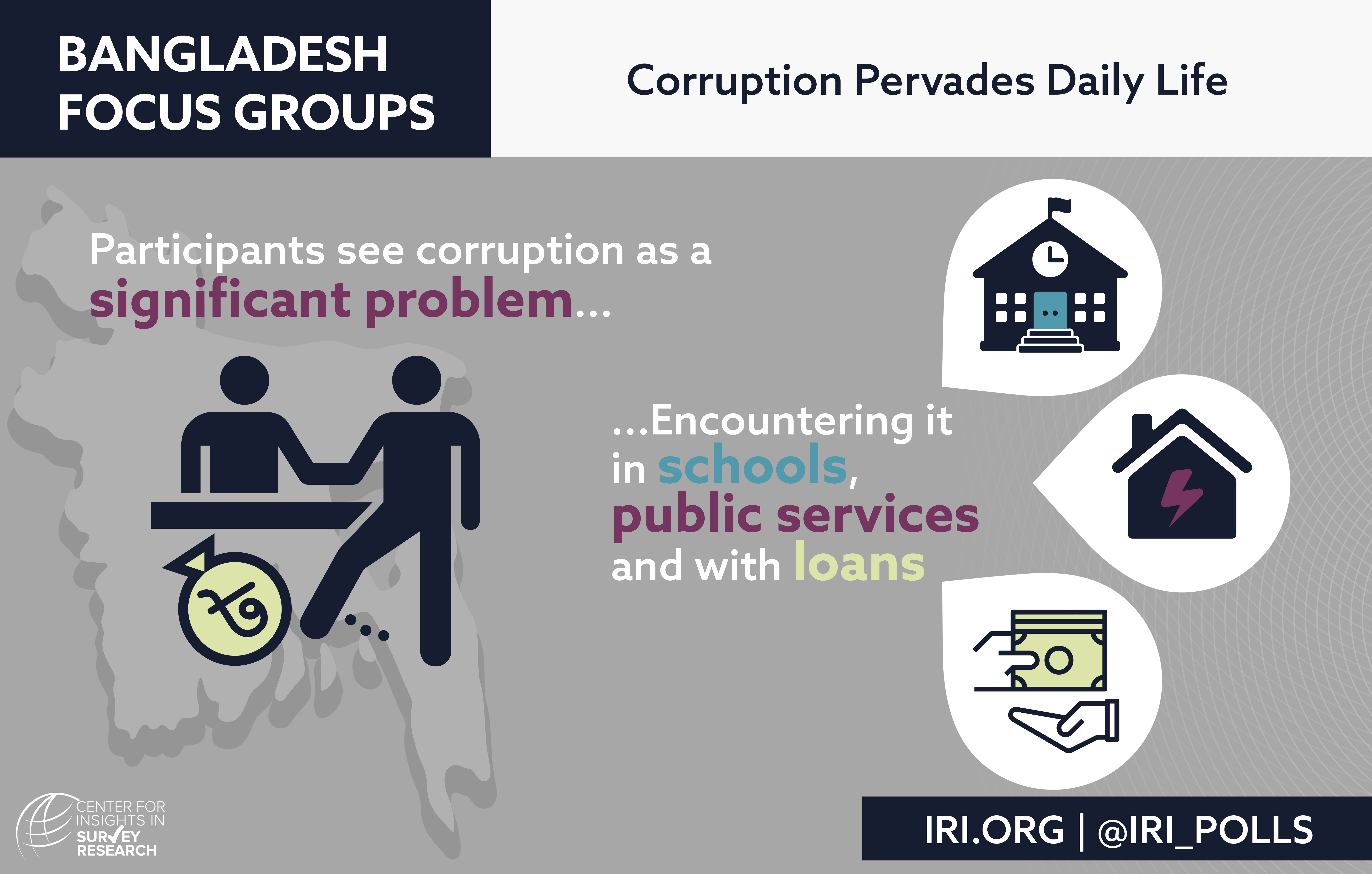 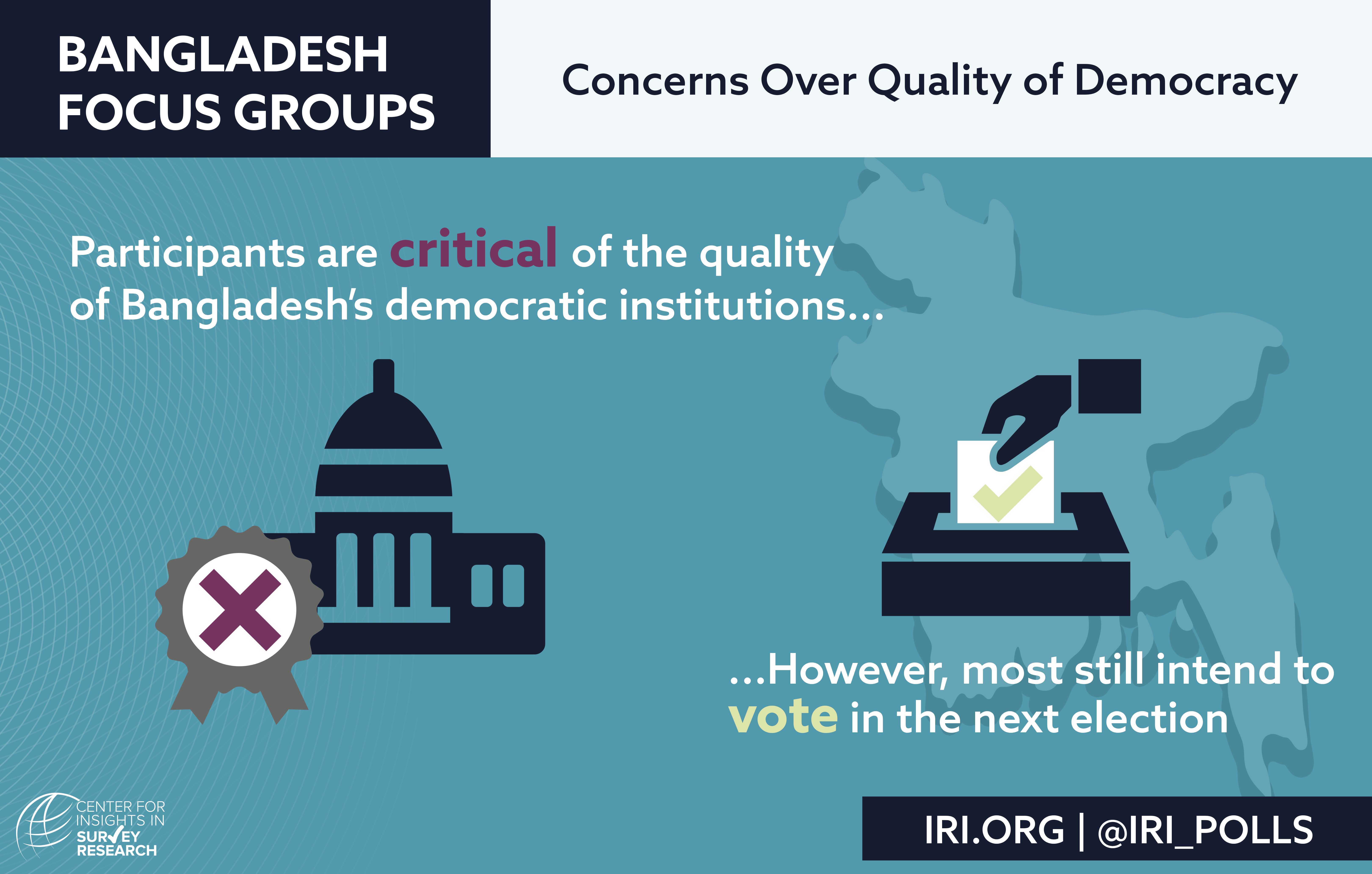