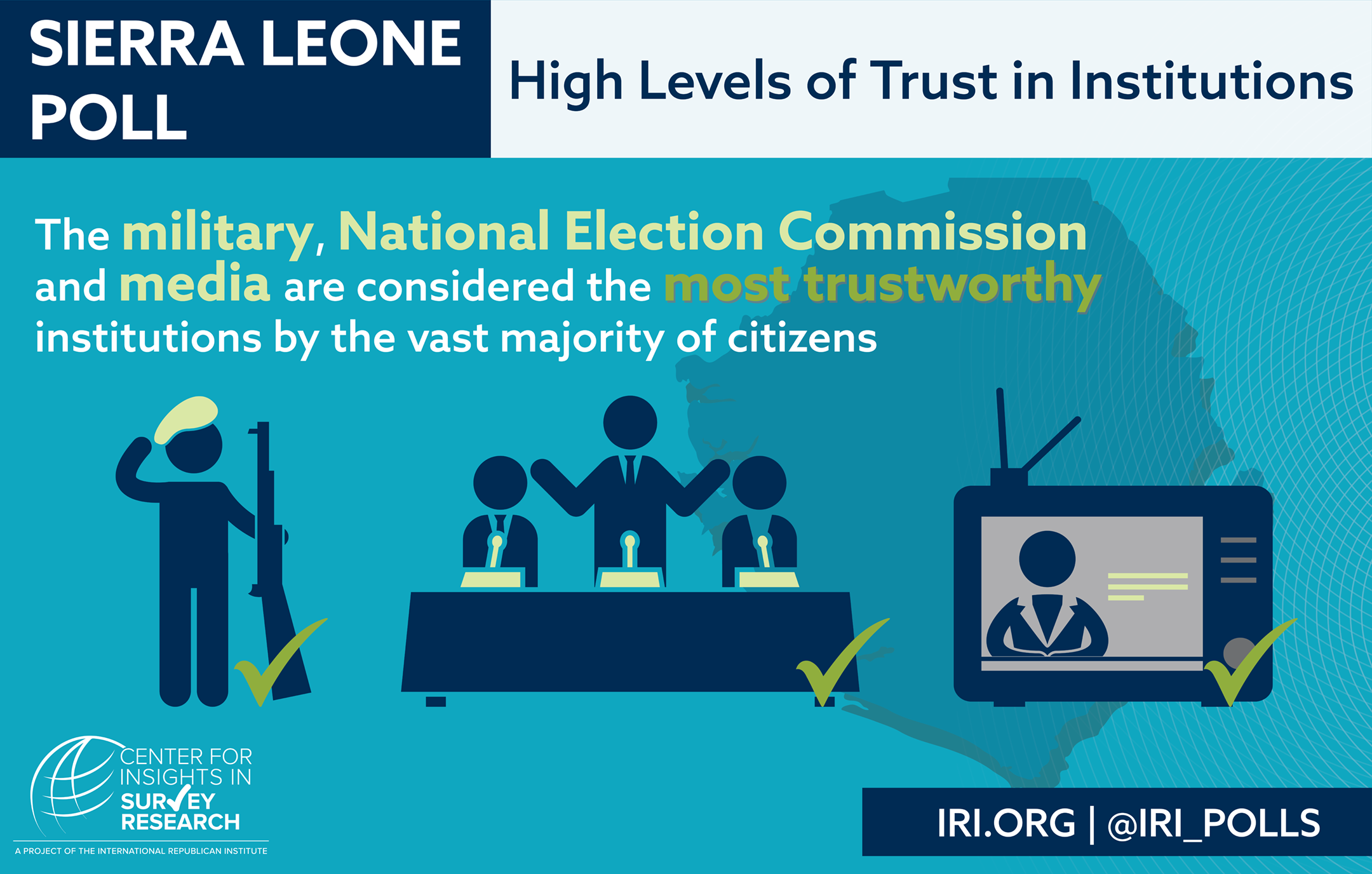 “The faith placed in Sierra Leone’s core institutions is indicative of the confidence of citizens in their democracy,” said IRI Regional Director for Africa John Tomaszewski. “This goodwill provides the new government with a solid foundation to address the issues of greatest concern also identified in this research, such as job creation and education.”

The survey was conducted by Pan African Field Services on behalf of the Center for Insights in Survey Research. Data was collected throughout Sierra Leone between February 12 and 26, 2018 from a sample of 1,526 adults in Sierra Leone aged 18 and older. The response rate was 79 percent. The margin of error for the full sample does not exceed ± 1.95 percent. The survey was funded by the United States Agency for International Development. 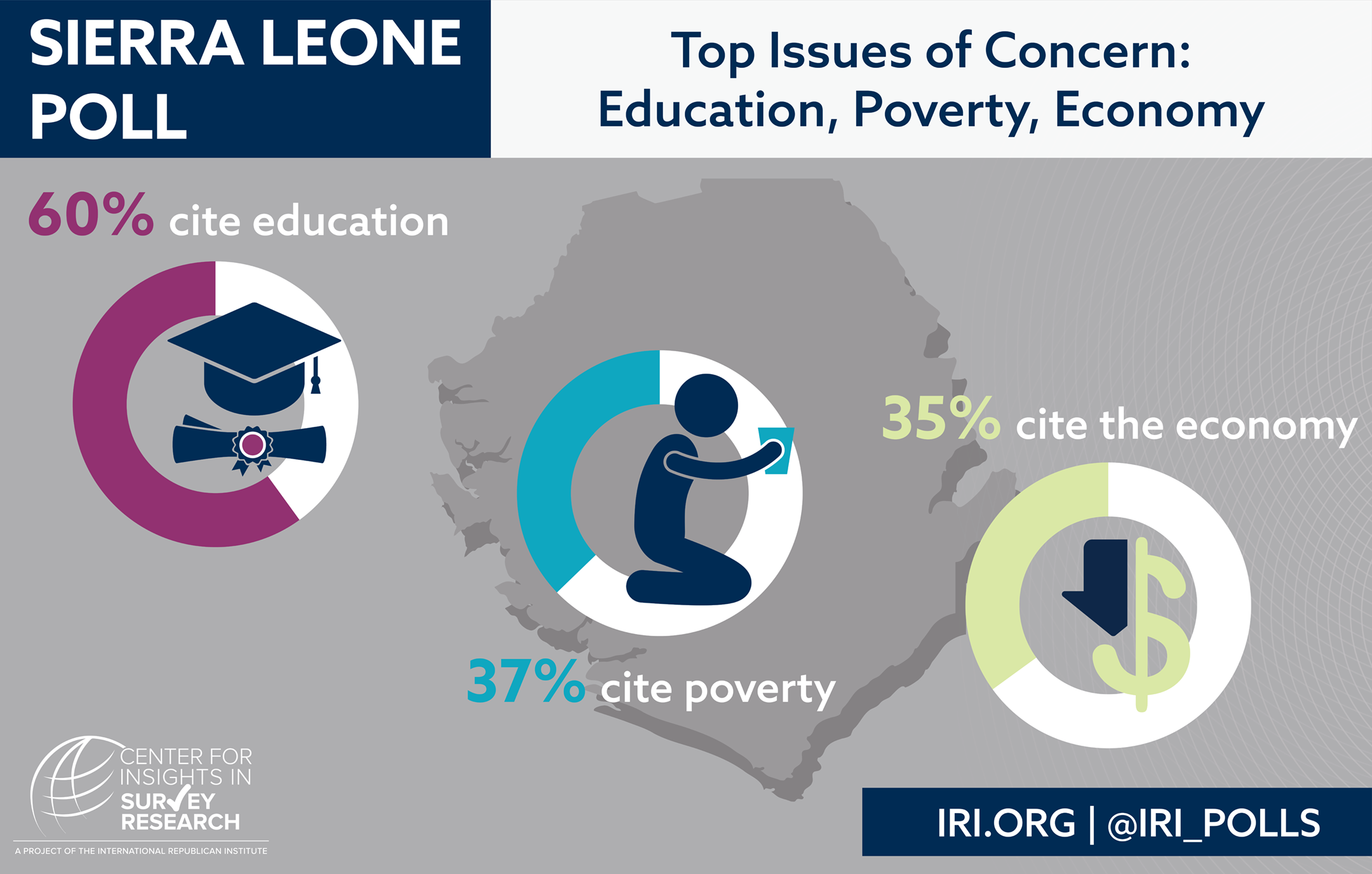 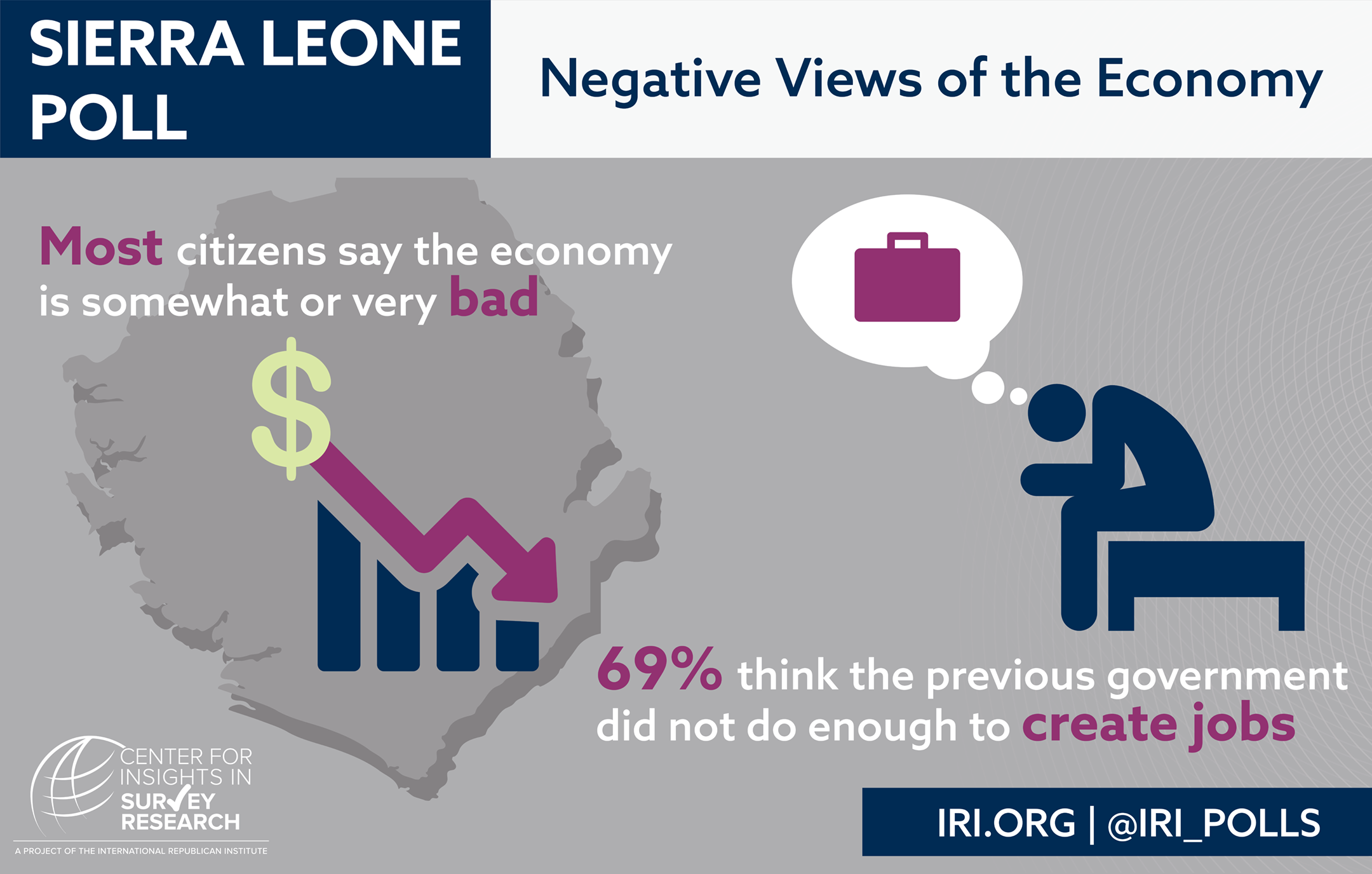