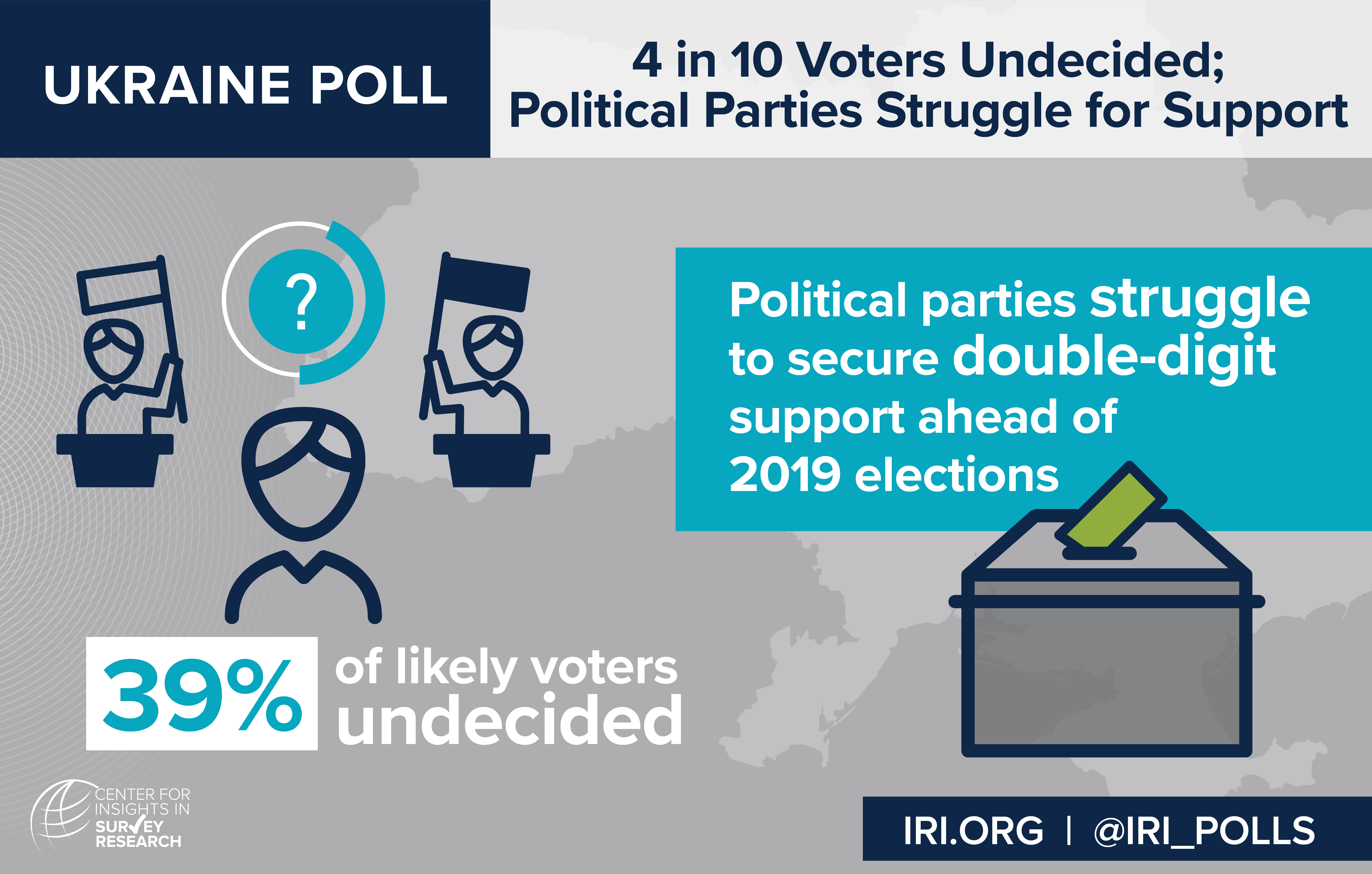 Kyiv, Ukraine—A nationwide poll of Ukraine by the International Republican Institute’s (IRI) Center for Insights in Survey Research indicates that almost 40 percent of likely voters are undecided ahead of the 2019 presidential and parliamentary elections, with political parties struggling to capture double-digit levels of support.

“The low levels of popularity for Ukraine’s political parties just one year ahead of two significant elections poses a real challenge to Ukrainian politicians,” said IRI Regional Director for Eurasia Stephen Nix. “This climate presents an opportunity for parties to reassess their policies and construct campaigns that address the issues of greatest concern to Ukrainians.”

Just five parties claimed five percent or more support among likely voters, while 39 percent indicated that they are undecided about which party to support. This continues a negative trend for Ukrainian political parties, which have struggled to reach double-digit levels of support.

The poll also reflects sustained anxiety over the economic situation as Ukraine is in the midst of a bitterly cold winter. Sixty-nine percent cite inflation as one of the issues that affects them most personally. Consistent with IRI’s last nationwide poll, corruption was once again cited as one of the most important issues facing the country by almost half of all respondents (48 percent), followed by the military conflict in the Donbas (42 percent).

This survey also featured the final installment in a series of oversamples of the cities of Dnipro, Khmelnytskyi, Mariupol and Mykolaiv. Continuing a trend identified in previous oversamples, the poll reflects far higher relative levels of satisfaction on the local level than on the national level. For example, 58 percent of Mariupol residents believe that their city is headed in the right direction, compared to just three percent who say that Ukraine is going in the right direction.

“The considerably higher levels of optimism on the local level indicate that decentralization reforms are causing citizens to feel more empowered and satisfied with their local governments,” said Nix. “This sends an important signal to the government that decentralization should continue, and gives reason to hope that the positive consequences of these reforms will eventually filter up to the national level.”

The survey was conducted by GfK Ukraine on behalf of the Center for Insights in Survey Research. The poll was conducted throughout Ukraine (except for the occupied territories of Crimea and Donbas) from November 15 to December 14, 2017 through face-to-face interviews at respondents’ homes. The national sample consisted of 2,400 permanent residents of Ukraine aged 18 and older and eligible to vote. It is representative of the general population by gender, age, region, and settlement size. An additional 4,800 respondents were also surveyed in the cities of Dnipro, Khmelnytskyi, Mariupol and Mykolaiv (i.e. 1,200 respondents in each city). The margin of error does not exceed plus or minus 1.7 percent for the full national sample. The average response rate was 61.9 percent. The survey was financed by U.S. Agency for International Development (USAID). 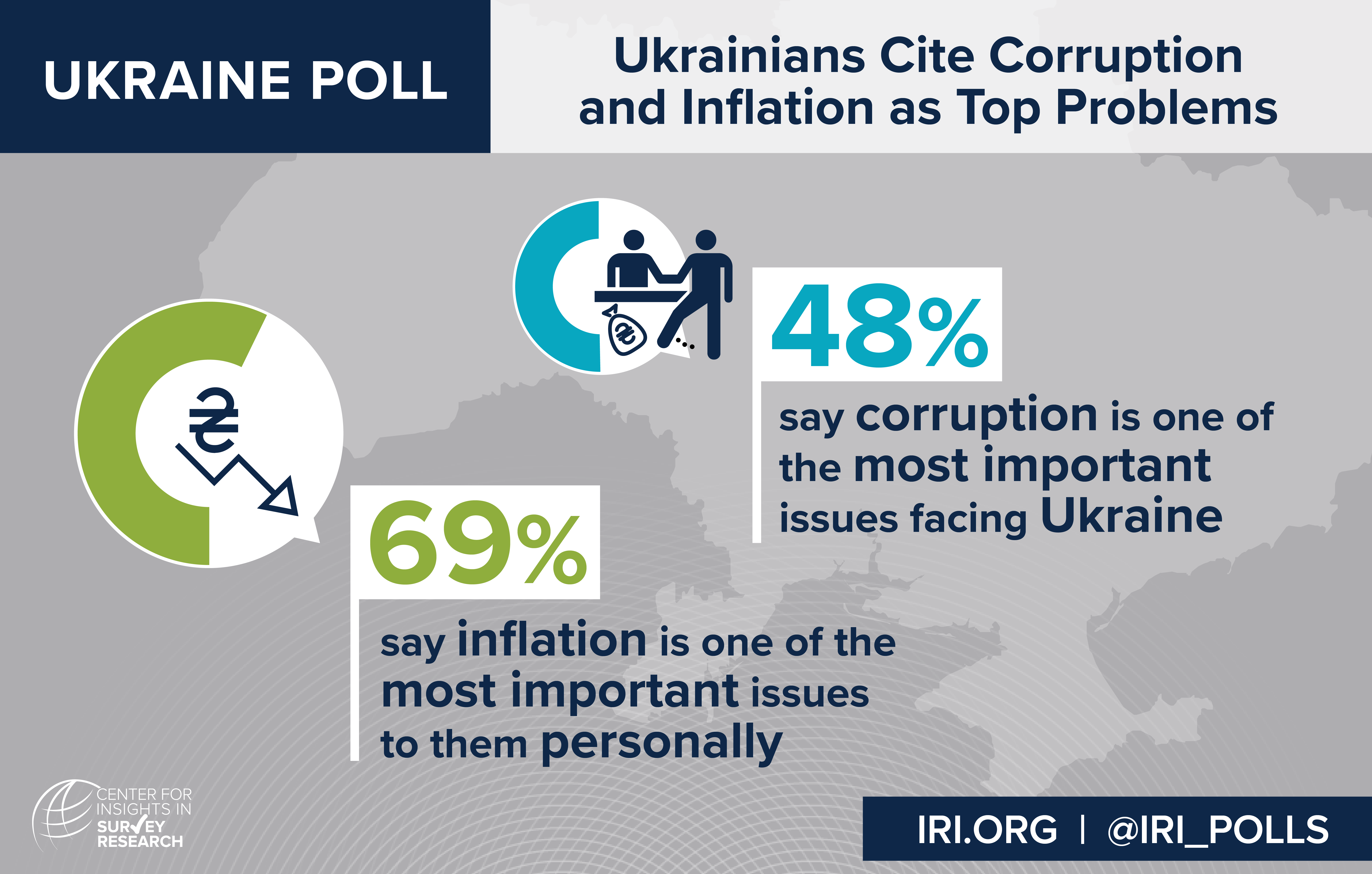 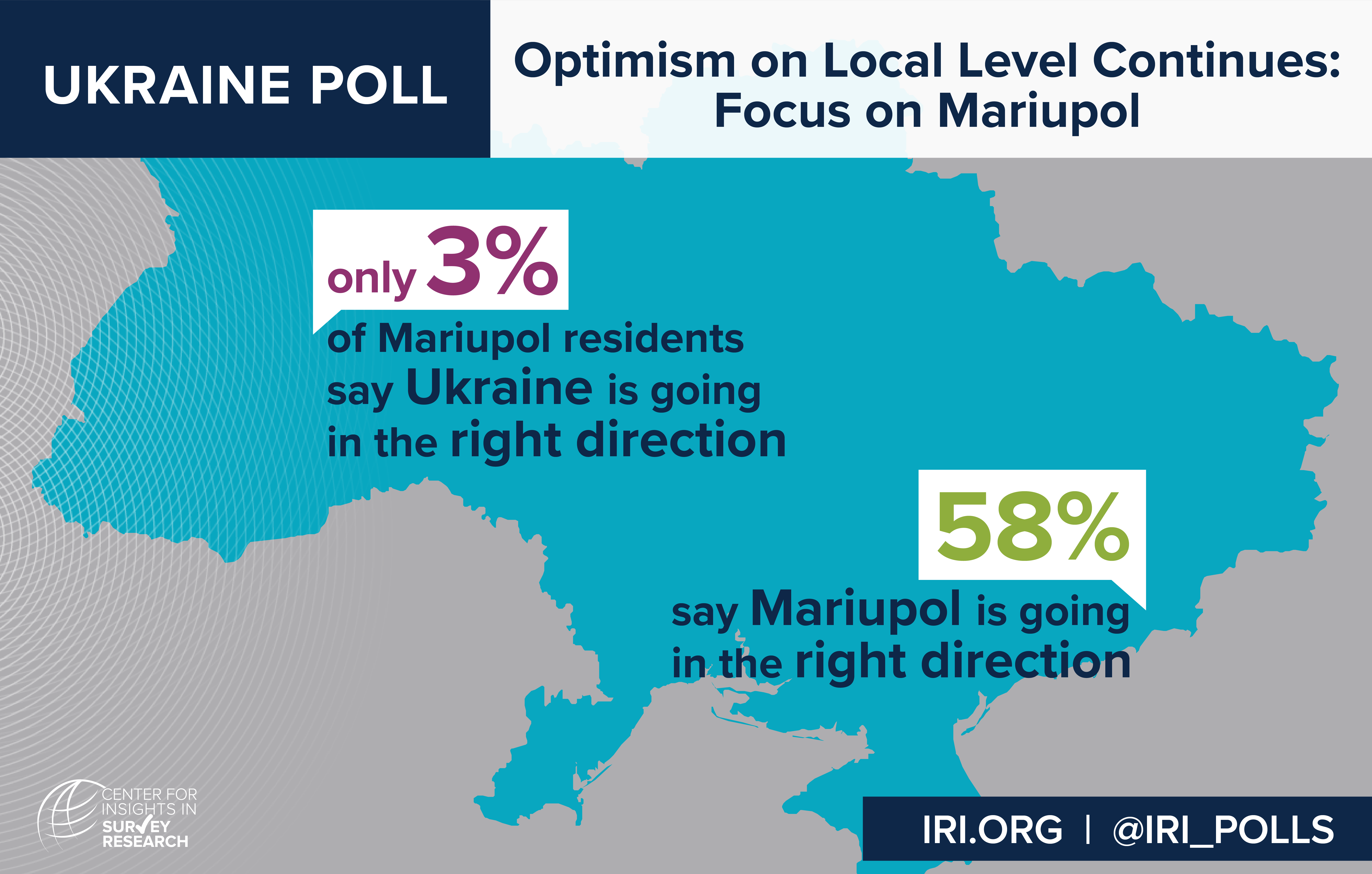