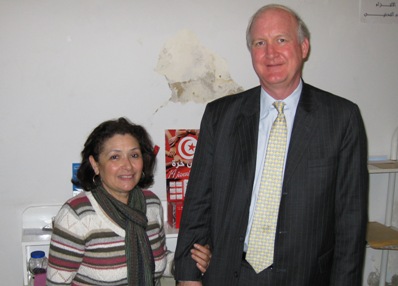 Tunisia’s sudden political opening is the result of years of hard work by an embattled community of activists, such as Sihem Bensedrine and Nejib Chebbi who met with President of IRI Lorne Craner during his recent trip to Tunisia.  Craner traveled to Tunisia to meet with activists and see and hear about the significant strides being made toward democratic transition.

Bensedrine is a veteran advocate of human rights and media freedom in Tunisia.  For her criticism of President Zine el Abidine Ben Ali, Bensedrine was periodically harassed, arrested and forced into exile in Europe.  Despite constant intimidation and threats from the security agencies, Bensedrine remained committed to the defense of human rights in one of the harshest political environments.  Today, her organization − the National Council for Freedoms in Tunisia − has emerged as a leader in civil society and human rights advocacy.

In meeting with Craner, Bensedrine stressed the need for strong civil society control over the electoral process and political party and campaign finances.  She explained that the established civil society groups in Tunisia are creating an umbrella organization that will serve for coordination of their activities and avoid duplication.

Chebbi is the founder of the opposition Progressive Democratic Party (PDP), one of only two opposition parties that were not funded by the government during the Ben Ali area.  He is considered one of the most credible opposition voices in Tunisia today, and has promoted political reform and democratic practices since the beginning of his career as an attorney and a member of the General Union for Tunisian Students.  For his outspoken support of democracy and liberalization, Chebbi was the victim of numerous slander campaigns, media blackouts and police harassment. 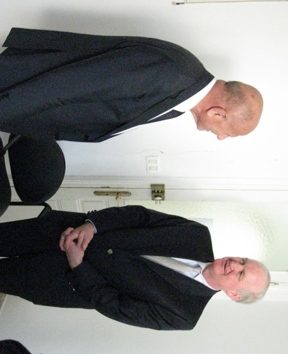 Chebbi stressed the importance of IRI’s work and support to the opposition movement in Tunisia during the days of the former regime.  He recommended that efforts be made to increase the capacity of political parties and civil society organizations to help ensure a successful transition to effective democracy and welcomed IRI work with the PDP.

Bensedrine and Chebbi, who each met with Craner previously in 2004, expressed gratitude for IRI’s commitment to democratic principles and the rights of all people to representative government.  While President Ben Ali constantly sought to isolate and marginalize voices for reform, international support of Bensedrine and Chebbi helped protect them and raise global awareness of the oppressive conditions in Tunisia.

Transition also continues to move forward in Egypt, where Tunisia’s revolutionary fervor helped spark an uprising that forced the resignation of President Hosni Mubarak.  Voters recently participated in the first post-Mubarak ballot.  On March 19, Egyptians voted to approve a package of constitutional amendments that limits the president to two four-year terms, nullifies detainment laws and restores judicial oversight of elections. 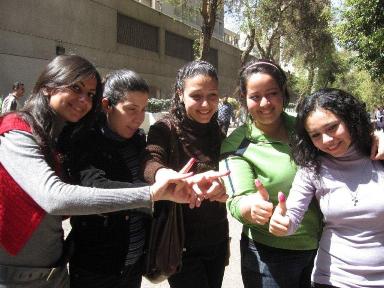 While referendums in Egypt have historically been a tool of the Mubarak regime, used to further concentrate power in the executive and perpetuate the political domination of the ruling National Democratic Party, the March 19 referendum served as an almost entirely peaceful exercise conducted in an environment of electoral freedom.  While there were scattered allegations of fraud and a few incidents of violence, the vote represented a significant departure from the wholesale fraud and widespread violence of recent Egyptian elections.  The referendum saw relatively high voter turnout, as approximately 18 million Egyptians cast their vote, revealing that the electorate remains energized from the events that began on January 25.