Multiparty, issue-based parliamentary caucuses can help overcome political deadlock and spur essential initiatives. With the COVID-19 pandemic, the work of these caucuses has become crucial to overcoming legacies of mistrust and deep political divisions in Bosnia and Herzegovina (BiH). With support from the International Republican Institute (IRI), one such caucus in BiH’s national parliament pushed for the Bosnian State Parliament to allow virtual sessions. On April 28, their proposed measures were approved after a vote by Parliament, enabling the legislature to continue to function in the midst of the global health emergency.

Bosnia and Herzegovina is a deeply divided society, with political allegiances falling mostly along the lines of the three constitutionally-recognized ethnic groups: the Bosniaks, the Croats and the Serbs. The 1995 Dayton Peace Accords may have stopped the war, but it created extremely cumbersome and complicated administrative state structures to keep the peace.

As the country’s only joint national parliamentary structure, the BiH State Parliament is particularly prone to deadlock. Even under regular circumstances, parliamentary sessions are frequently delayed, postponed or cancelled due to administrative issues or the inability to agree on what exactly should be debated.

Beginning in 2018, IRI worked with BiH MPs on initiatives pertaining to BiH’s European Union integration, in cooperation with NATO and overall security. This led to the creation of the European Integration and Security Caucus (EISC) in the Parliamentary Assembly of BiH, consisting of nine MPs from different parties who have agreed to work together to overcome divisions and find common ground. Members have cooperated with important stakeholders including the BiH Armed Forces, Ministry of Security and the U.S. Embassy in Sarajevo, and in the summer of 2019, EISC members met with members of Congress, U.S. government officials and other key transatlantic stakeholders in Washington, D.C. IRI has continued to play an important facilitating role to enable the caucus to continue its record of success.

The value of the EISC was most recently brought to light by the COVID-19 pandemic. As a result of the crisis, the BiH State Parliament could not hold sessions due to restrictions on public gatherings and a lack of formal provisions for virtual parliamentary sessions.

On April 1, IRI convened the first virtual meeting of the caucus and EISC MPs agreed to send an official request to the Parliament, calling for changes in the rules of procedure to ensure that MPs can participate in virtual sessions and vote online. The proposed technical amendments would facilitate functional communication between both houses of the Parliamentary Assembly during the crisis. These changes, the EISC MPs argued, would enable the parliament to pass pressing measures providing for the urgent procurement and import of necessary medical equipment as well as support to the economy. 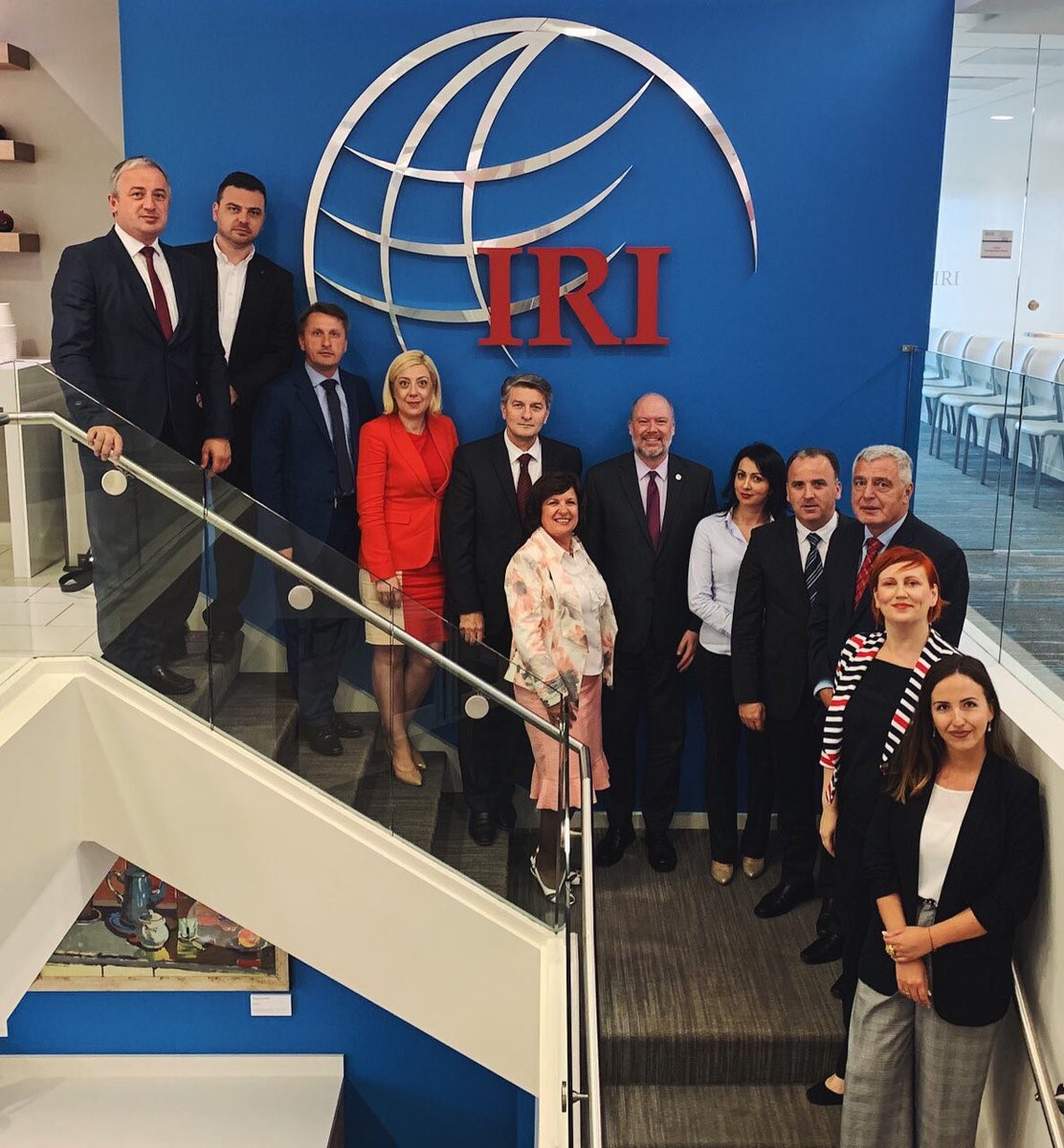 This statement was also published in BiH media outlets and was referred to in a Facebook post by EISC member Sasa Magazinovic, who thanked IRI for hosting the meeting and said: “If many people can carry out their duties as police officers, medical workers, workers in shopping malls, journalists, manufacturing employees, employees of various institutions and many others … then so can MPs. In this time, humanity, solidarity and responsibility must be shown.”

As a result of these efforts, the BiH State Parliament approved virtual sessions of parliament, a major change that now enables MPs to continue to work together in times of crisis. IRI is proud to have been part of this important effort to adapt BiH’s democratic processes to the exigencies of the current crisis.