This week, I am traveling with a consultant to El Salvador to meet with the legislators who participated in IRI’s September 2015 Institute for Representative Government’s (IRG) exchange in Washington, D.C. and California.

IRG is a non-profit, organization established by former members of the U.S. Congress in 1988. Its mission is to provide legislators and parliamentarians from all around the world with the opportunity to visit the United States and exchange views and experiences with their U.S. counterparts. To date IRG has brought over 520 foreign legislators and officials on study missions to the United States.

Since 2006 IRI, along with NDI, has led the study missions and brought legislators from an array of countries from around the world including Tunisia, Pakistan, Georgia, and Honduras just to name a few. In 2015, IRI coordinated a study mission for seven legislators from Panama, El Salvador and Colombia. The delegation began their study mission in Washington D.C. and then traveled to Los Angeles, California to learn about techniques used in the United States to strengthen citizen security and promote economic development. The delegation also shared mechanisms and best practices for reinforcing security for citizens from their own experience with U.S. Government officials. In this regard IRG’s programing is unique because it promotes a two way dialogue between the legislators and U.S. policy makers, while also strengthening the capacity of political decision-makers to plan and coordinate innovative and tailored initiatives for overcoming security threats. 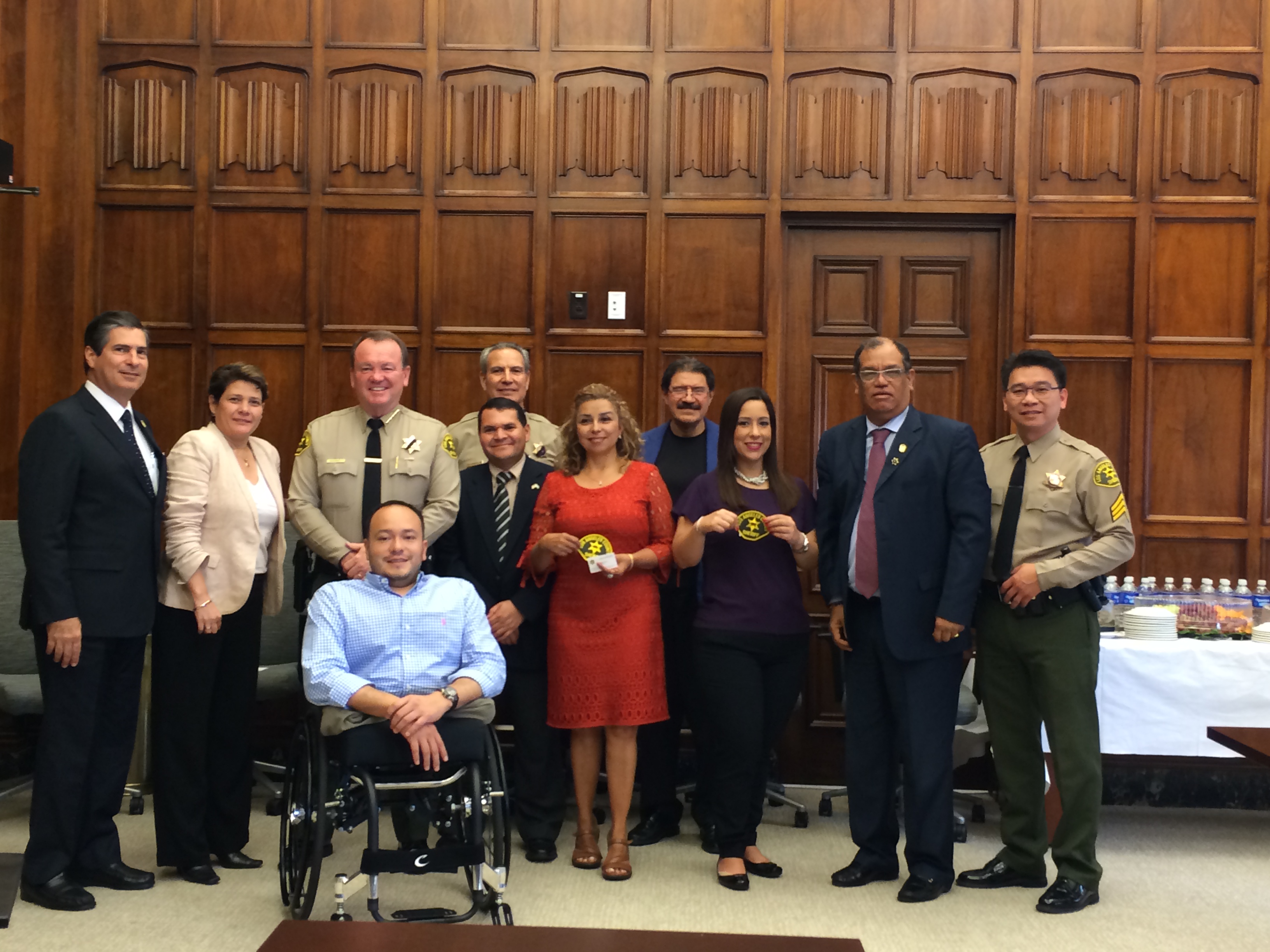 This week, I’m in El Salvador with IRI program consultant Robert Bermingham, Director of Court Services at the Fairfax County Juvenile and Domestic Relations District Court. Mr. Bermingham will meet with the 2015 IRG program participants and other officials from El Salvador’s national and local levels of government to continue the discussion on public safety and policing. Mr. Bermingham is credited with significantly curbing gang violence in Fairfax, Virginia and his experience, especially working on restorative justice with gang members from El Salvador will provide the program participants with successful techniques in curbing gang violence. The in-country meetings will also provide Mr. Bermingham with a better understanding of the situation on the ground and help him provide country specific and tailored advice on fostering trust and democracy in El Salvador.

Citizen security is not achieved through a one size fits all policy, but instead is found in a balance of social, political, economic, cultural and institutional conditions that help guarantee citizens’ rights to life and liberty. With this exchange, Mr. Bermingham will have the opportunity to observe what that balance entails for El Salvador and how to achieve the legislative goals the participants set in Septmeber 2015.