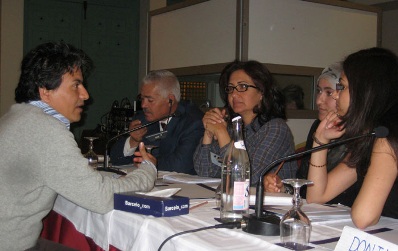 As Tunisia prepares for elections and the formation of a constituent assembly, IRI brought together Tunisia’s emerging leaders and experts from Georgia and the United States to discuss challenges Tunisians face to governing effectively and democratically.

Participants included political party leaders from the Democratic Progressive Party, Movement Ettajid, Democratic Forum for Labor and Liberties, and National Alliance for Peace and Prosperity, as well as members of the civil society organizations iWatch and Util.  These sessions marked the first time that most of the participants had worked with other political parties or groups.

The event was a part of IRI’s Rising Stars program.  Launched in 2007, Rising Stars works to ensure the leaders of new democracies are fully equipped with skills in effective democratic governance.  Through international exchanges, participants are exposed to the experience of recent successful transition countries, and obtain insight into the challenges of democratic governance and best practices in policy development.  Rising Stars meet with decision-makers who have played an important role in their country’s democratic opening such as former government heads, political party representatives and civil society leaders.  While sharing their successes institutionalizing the rule of law, fostering economic openness, and laying the foundations for representative democracy, these individuals also lend participants advice and recommendations on managing the many challenges that exist during a political transition.