Why is There No Butter in Tunisia?

An important strategic ally to the United States, a democratic Tunisia can have an important positive effect on the North Africa region.

Since the revolution, Tunisia has made huge democratic progress by achieving key milestones such as conducting free and fair elections at all levels of government, adopting a new constitution and implementing a multi-party system. With all of this progress within eight years, the country is at a pivotal moment and must successfully meet the key economic and democratic governance goals in order to continue building upon this progress.

On a recent trip to Tunisia, one thing stood out: there was no butter or milk on the grocery store shelf. It wasn’t an option to buy. Although it didn’t seem to be a big concern or out of the ordinary for the Tunisians we talked with, we were surprised by its absence and wanted to dig deeper.

Why was there no butter in Tunisia and what does this say about the state of democracy and the state of the economy? 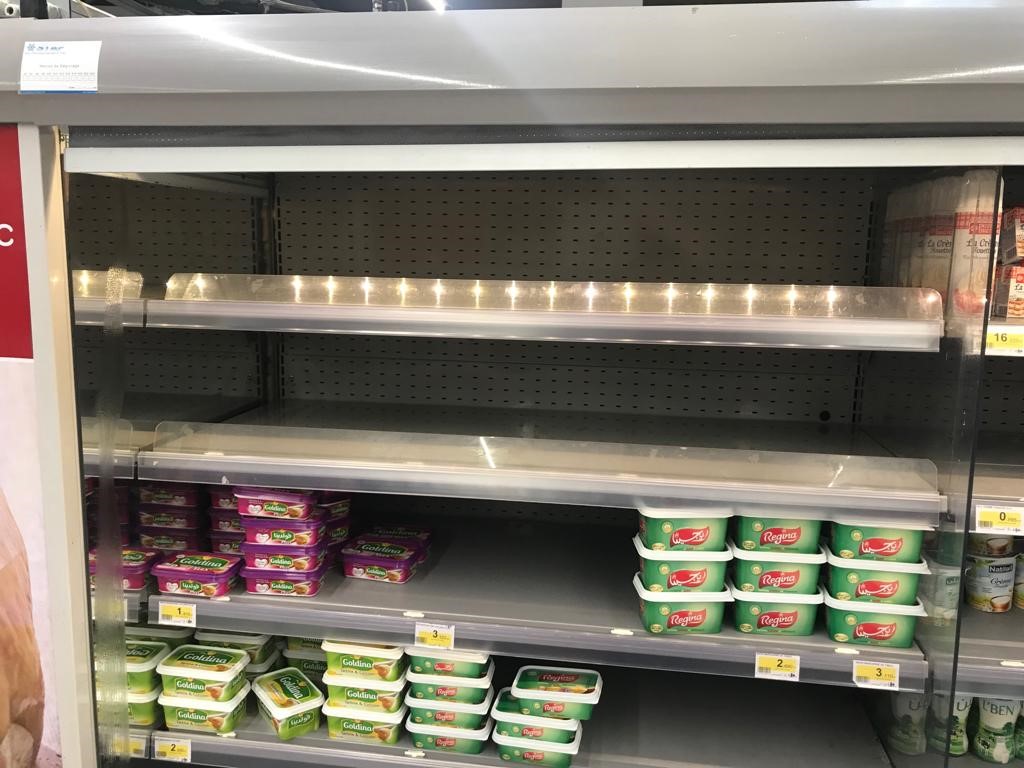 The lack of butter on the grocery store shelf may seem trivial, but there is a bigger story behind the shortage.

Eight years have elapsed since the unexpected 2010 uprising in which the country’s longtime autocrat, Zine El Abidine Ben Ali, was overthrown. The Arab Spring – also referred to as the Jasmine Revolution or the Revolution of Freedom and Dignity in Tunisia – brought hope and the potential for positive change in the lives of millions, not just in Tunisia but throughout the region as well. Tunisia’s recent democracy is often hailed as a model for democratic transition.

However, since Tunisians cast their votes in the country’s first free and fair parliamentary and municipal council elections in 2014 and 2018, respectively, the country faces a number of serious challenges that threaten the young democracy, such as the economic situation. 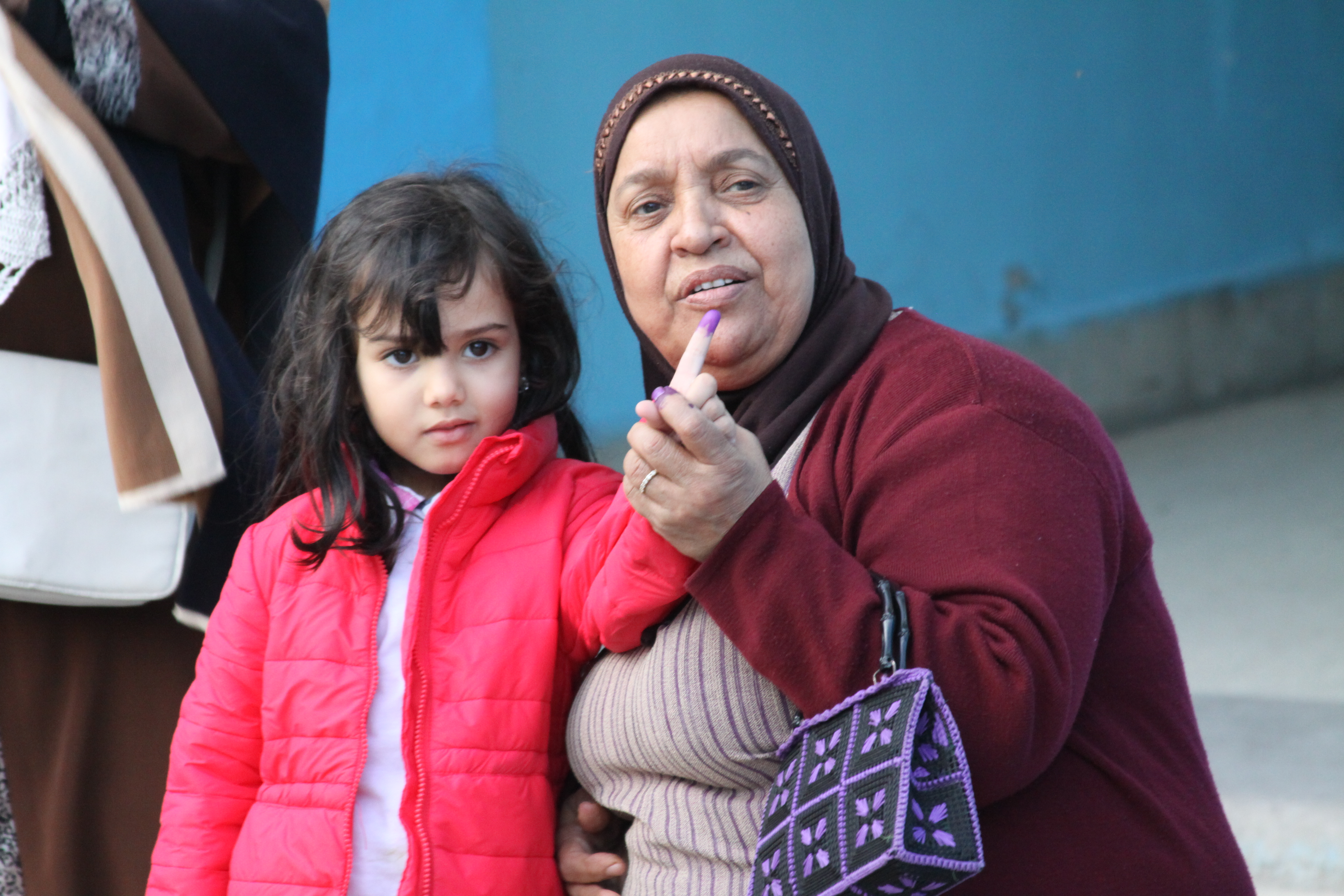 Economic growth and unemployment are top priority issues for Tunisians, just as they have been since 2011. But still, little progress has been made. Coupled with persistent security threats, the country’s anemic economy and rising unemployment make many Tunisians wonder if the revolution and transition were worth it. Reducing unemployment and spurring economic growth should be the focus of all political actors.

During our trip, we asked political parties the following questions:

Why is there no butter? What are you doing about this issue? How does this reflect on the economy and state of democracy in Tunisia?

With varied answers and lots of finger pointing, it was clear that political parties are still in need of developing a robust economic reform platforms. According to a poll IRI conducted in Tunisia in December 2017, 42 percent of Tunisians rated the economic and financial crisis as the single biggest problem facing Tunisia, a 12-point increase since April of that year. Moreover, 89 percent said the current economic situation was either “somewhat” or “very bad.”

As the World Bank rightly points out, “Tunisia remains a country of contrasts; while important progress has been made on the political transition to an open and democratic system of governance, making the country a unique example in the Middle East and North Africa region, economic transition has not kept pace.”

What group is the most impacted by the weak economy? Youth.

Tunisia has a highly educated society, but the job market is not keeping up to pace. With unemployment rate at 15.5 percent and 30 percent among youth especially in the interior regions of Tunisia, brain drain is increasingly becoming an issue with young educated people leaving their country to find career and economic opportunities.

But what’s the relationship between the lack of butter and the poor economy? Butter is heavily subsidized. The Tunisian government has controlled the price of milk and dairy for years, while at the same time allowing the price of food for cattle to freely fluctuate following high inflation. In 2018, the inflation rate was the highest in June at 7.8 percent and since then has been staying steady at 7.4 percent per month. As the cost of hay increased due to inflation, many Tunisian dairy farmers sold their cattle. Because of this government intervention in the marketplace, there was a shortage of milk and dairy products. Thus, without milk – you don’t have butter.

Milk soon returned to the shelves, but this was not milk produced by Tunisian farmers. It was imported at a price higher than the local government prescribed price. This solution amplified the struggles Tunisian farmers faced, supporting foreign dairy production instead. This is just one simple example of why economic issues need to be front and center for government officials and political party members. In an attempt to restore confidence in the government’s ability to address economic concerns, Prime Minister Yousef Chahed reshuffled the Cabinet in November.

With parliamentary and presidential elections slated for 2019, it will be imperative that political parties prioritize economic reform issues. Not only do they need to understand the root causes of the economic crisis, they need to develop effective policies that liberalize the economy and provide for sustainable, long-term growth. This will require developing a strategic plan that candidates campaign upon and then implement once elected.

If Tunisia is able to find their way out of the economic crisis, then maybe people like famous Tunisian-French baker Mahmoud M’sedd, who is supplying the French presidential palace with his baguettes, will come back to Tunisia to serve his own people, even with a little bit of butter!