Chișinău, Moldova—A new poll of Moldovans by the International Republican Institute’s (IRI) Center for Insights in Survey Research reveals a high level of anticipated voter turnout ahead of the November 2018 parliamentary elections and rising dissatisfaction with the pace of change in the country. 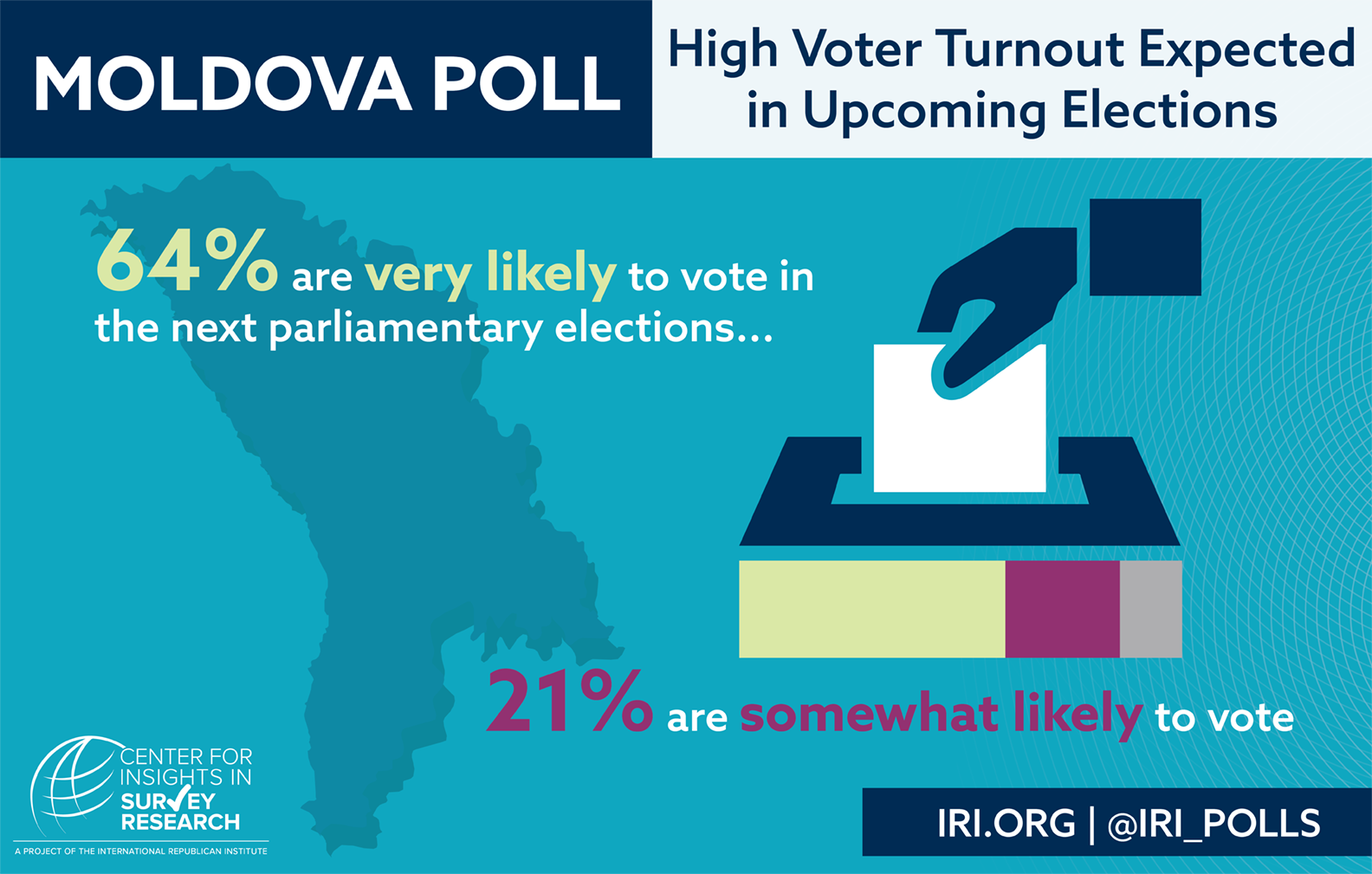 “The sentiments reflected in this poll have new relevance given the uproar over the invalidation of pro-European candidate Andre Nastase’s 52 percent victory in Chișinău’s recent mayoral election,” said Stephen Nix, IRI Regional Director for Eurasia.  “Moldovans are demanding change, and the upcoming parliamentary elections will give voters the opportunity to express that desire at the ballot box.”

The survey also suggests that respondents are not satisfied with the rate of change in Moldova.  Just 7 percent believe that “change is happening at the right pace,” compared to 32 percent who think “no change is taking place” and 52 percent who say “change is not happening fast enough”—the highest level observed since 2015. The number of Moldovans who believe that “change is not happening fast enough” increased by 8 percentage points from February 2018.

The desire for change is also reflected in rising support for European Union (EU) integration. When asked about their preference for joining either the EU or the Russian-led Customs Union, 46 percent of Moldovans prefer the EU compared to 36 percent who favor the Customs Union.

This survey was conducted on behalf of the Center for Insights in Survey Research by Dr. Rasa Alisauskiene from Baltic Surveys/The Gallup Organization. Fieldwork was carried out by Magenta Consulting. Data was collected between May 21 and June 18, 2018 through face-to-face interviews in respondents’ homes. The sample consisted of 1,517 permanent residents of Moldova aged 18 and older and eligible to vote. The sample is representative of the general population by age, gender, region and settlement size. The response rate was 63 percent and the margin of error does not exceed plus or minus 2.5 percent for the full sample. 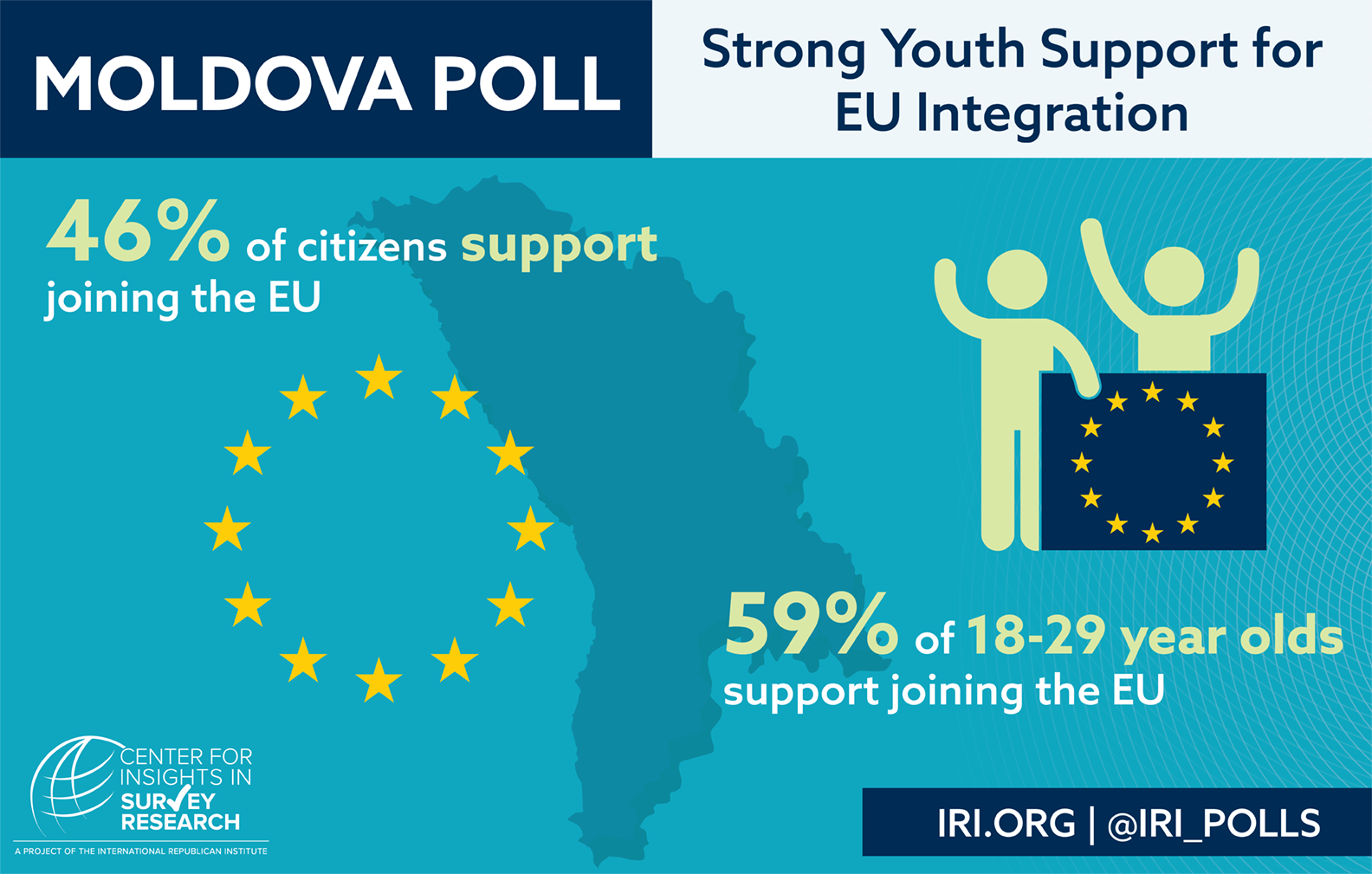 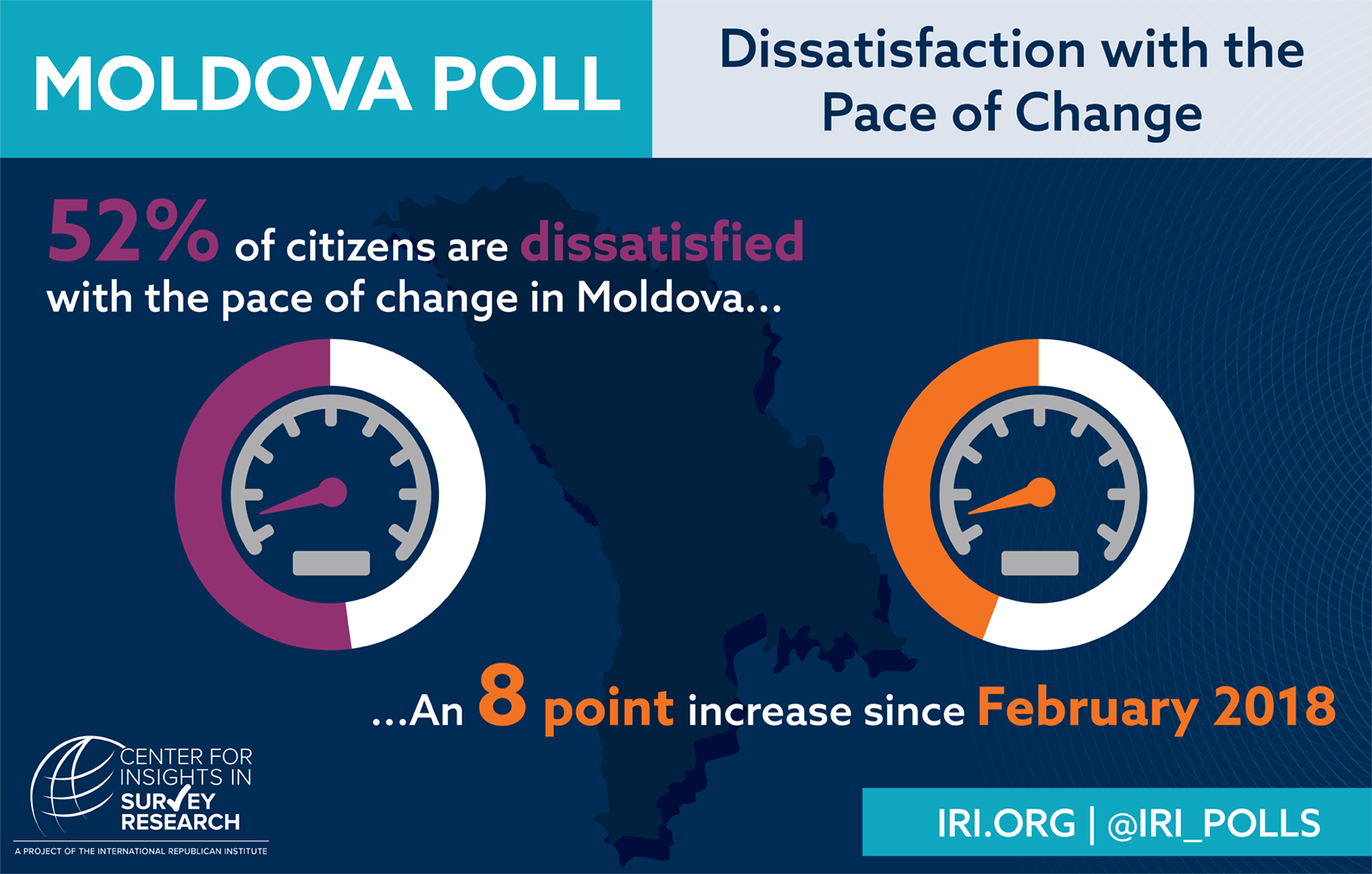