Chisinau, Moldova—A new poll of Moldovans by the International Republican Institute’s (IRI) Center for Insights in Survey Research reveals an increase in popular expectations that the upcoming parliamentary elections will be free and fair, while concerns continue over high levels of corruption in Moldova. 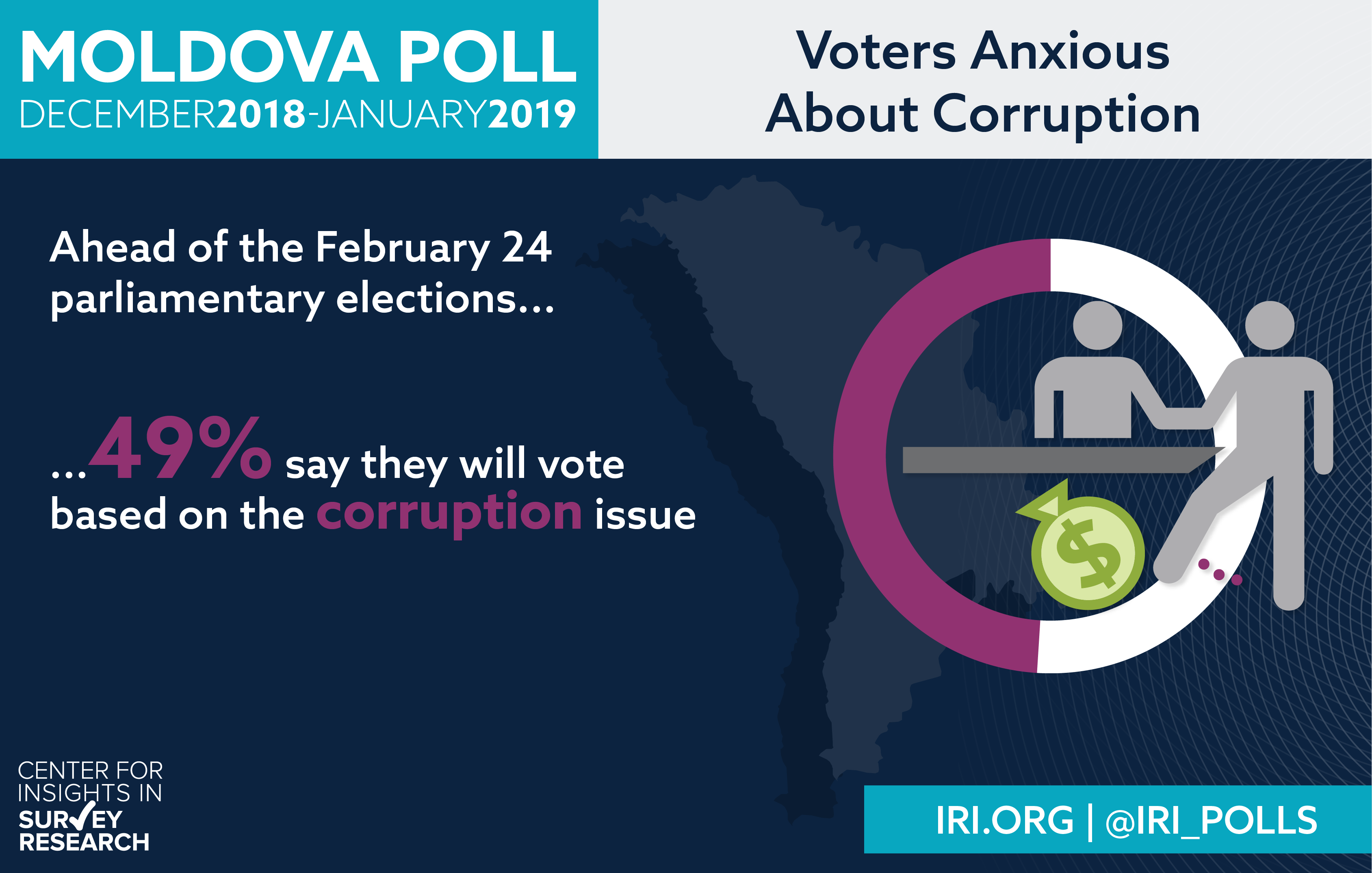 “The growing expectation that these elections will be free and fair presents an opportunity for election officials and political leaders to deliver a credible electoral process that advances Moldova’s democratic development,” said IRI Regional Director for Eurasia Stephen Nix.

Forty-nine percent of respondents cite corruption as the most important issue guiding their vote, an eight-point increase from October 2018. The survey also reflects a popular desire for in-person connection with politicians. “Meetings with politicians” and “meetings with/opinions of respected people” were the top two most influential activities of the election campaigns (named by 52 percent and 50 percent respectively).

“The popular desire for candidates who are committed to combatting corruption signals that this is an issue that the new parliament must take seriously,” said Nix. “Additionally, the desire for personal interactions with candidates indicates that candidates will be judged on their accessibility and accountability.”

This survey was conducted on behalf of the Center for Insights in Survey Research by Dr. Rasa Alisauskiene from Baltic Surveys/The Gallup Organization. Fieldwork was carried out by Magenta Consulting. Data was collected throughout Moldova (with the exception of Transnistria) between December 5, 2018 and January 16, 2019 through face-to-face interviews in respondents’ homes. The sample consisted of 1,226 permanent residents of Moldova aged 18 and older and eligible to vote. The sample is representative of the general population by age, gender, region and settlement size.