Chisinau, Moldova—A new poll of Moldovans by the International Republican Institute’s (IRI) Center for Insights in Survey Research reveals concerns about high levels of corruption and the fairness of the upcoming parliamentary elections. The survey also indicates that a majority of Moldovans intend to vote in the elections in February.

“The high number of likely voters reflects a widespread sense of frustration among Moldovans with what they see as rampant political corruption,” said IRI Regional Director for Eurasia Stephen Nix.  “The voiding of the last mayoral election in Chișinău contributed significantly to the low levels of confidence in the electoral process. It is crucial that the government and politicians on both sides take steps to restore confidence in the democratic process.”

A combined 93 percent of Moldovans see corruption as either “a very big issue” (77 percent) or “a big issue” (16 percent). This sentiment is reflected across age groups: 44 percent of respondents aged 18-35, 42 percent aged 36-50, and 39 percent of citizens 51 and older said corruption is the most important issue driving their vote. The survey also reflects a high number of likely voters: A combined 87 percent of respondents are “very likely” (59 percent) or “somewhat likely” (28 percent) to vote.

This survey was conducted on behalf of the Center for Insights in Survey Research by Dr. Rasa Alisauskiene from Baltic Surveys/The Gallup Organization. Field work was carried out by Magenta Consulting. Data was collected throughout Moldova (with the exception of Transnistria) between September 11 and October 16, 2018 through face-to-face interviews in respondents’ homes. The sample consisted of 1,503 permanent residents of Moldova aged 18 and older and eligible to vote. The sample is representative of the general population by age, gender, region and settlement size. 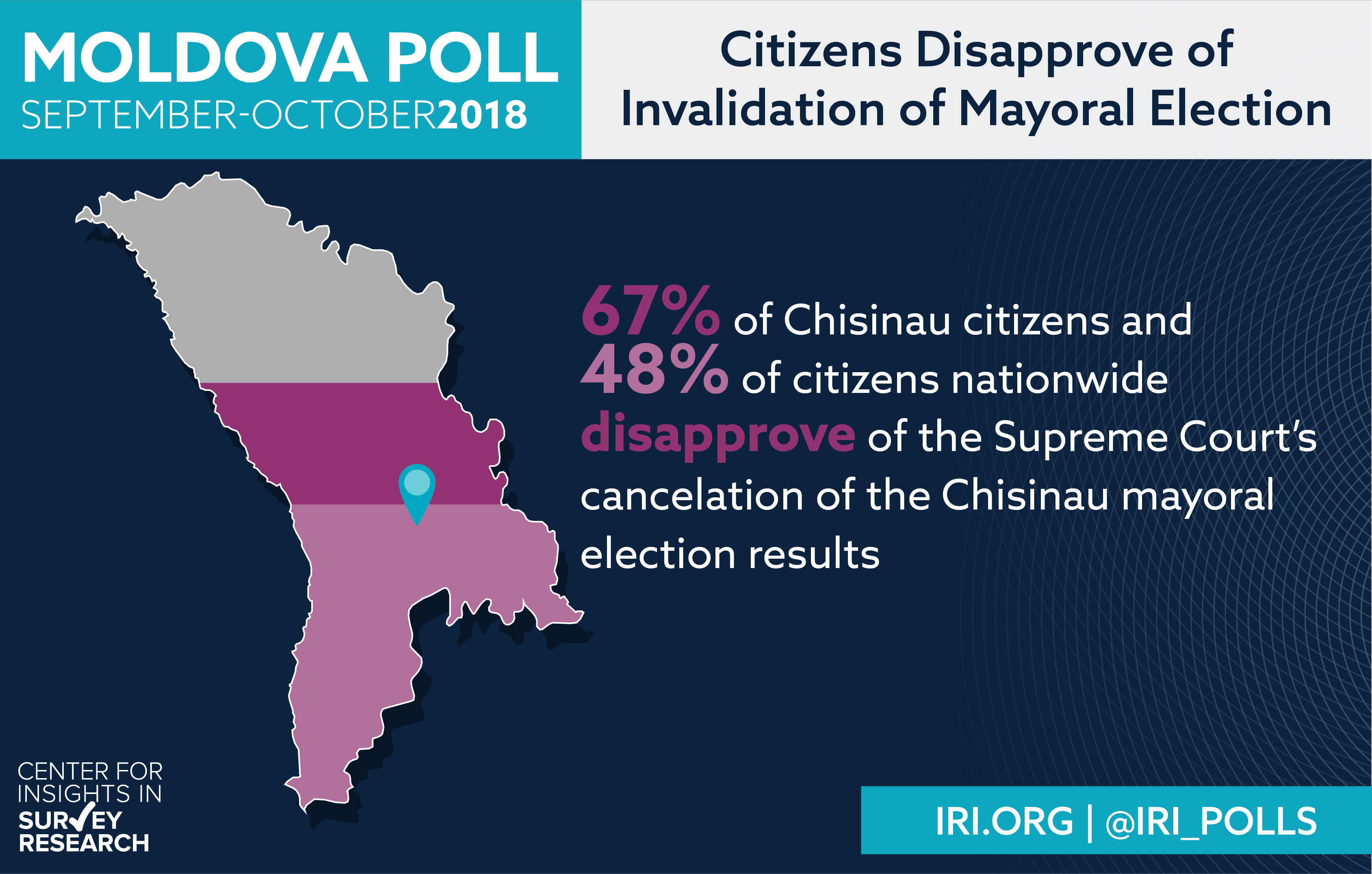 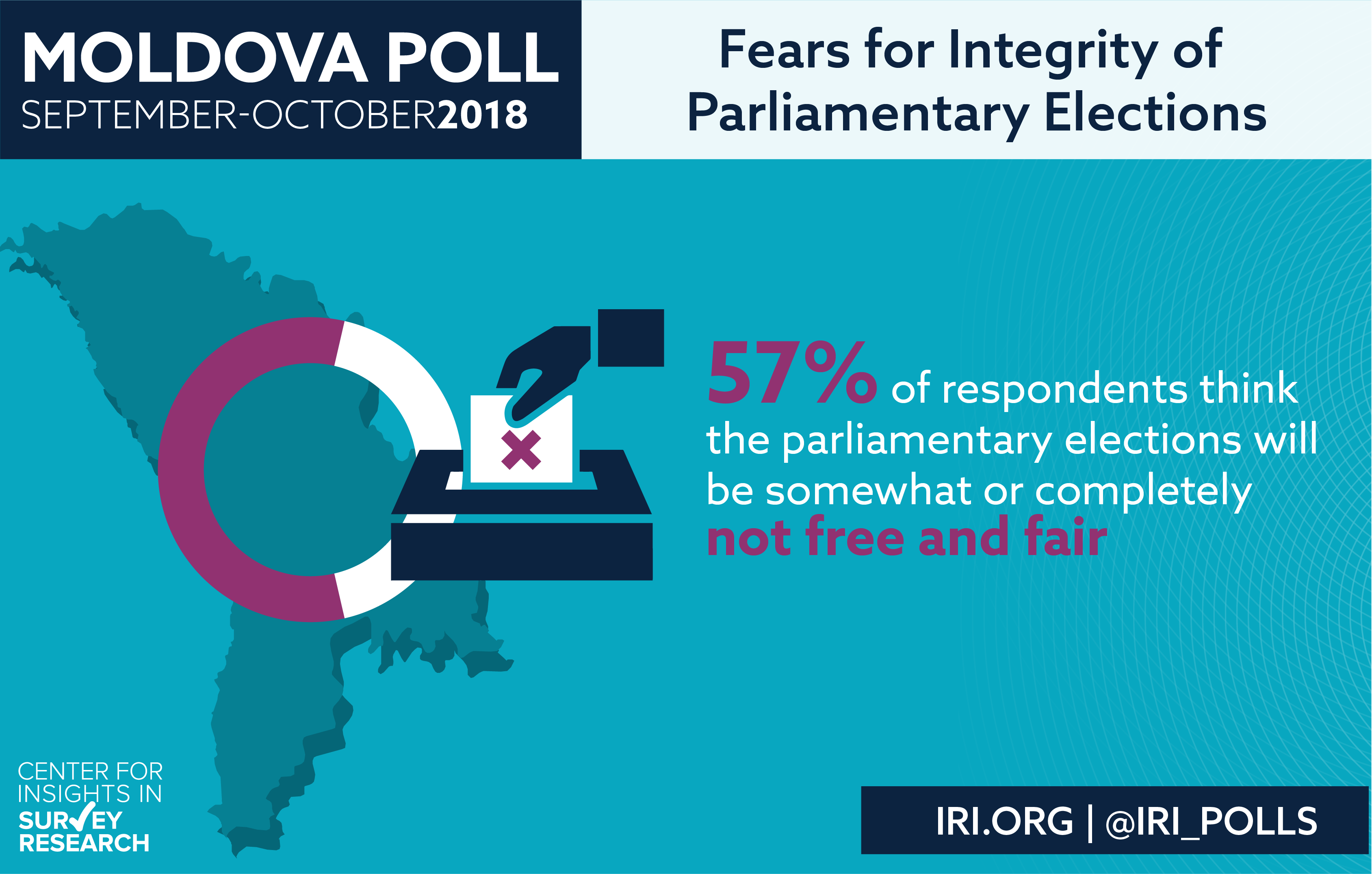