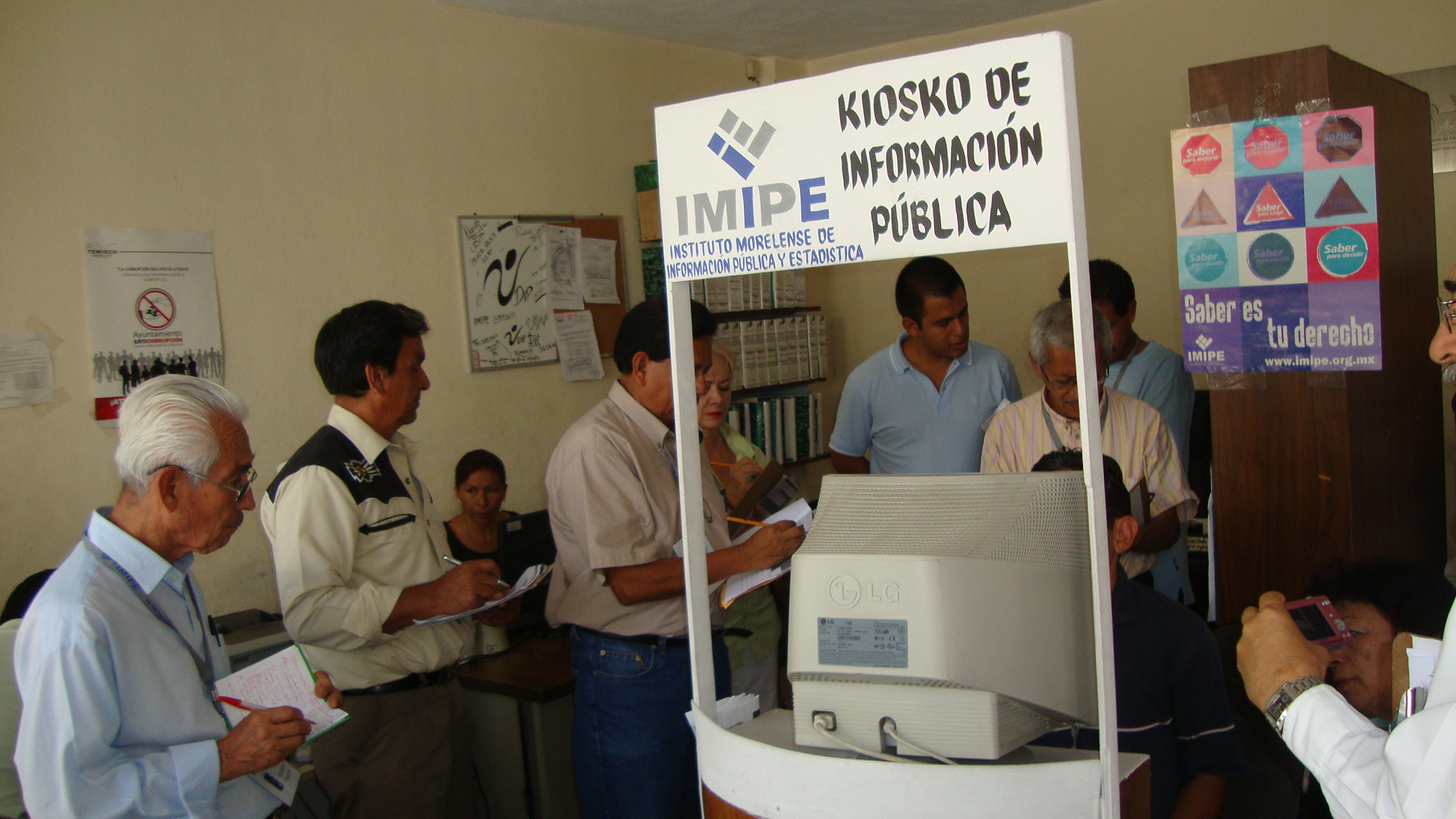 Washington, DC – In recognition of International Anti-Corruption Day, IRI, along with the Open Government Partnership and the Sunlight Foundation, hosted a roundtable discussion looking at best practices to promote transparent and open government.  The discussion focused on democratic governance tools and practices that have successfully supported transparency initiatives throughout the world.

“Improvements in democratic governance form the foundation of successful anti-corruption initiatives.  Without good governance, corruption will continue to inhibit democratic growth,” said Dr. Mo Ibrahim, a member of IRI’s International Advisory Council and founder of the Mo Ibrahim Foundation.  “Through its work identifying vulnerabilities to corruption in government processes and empowering citizens, IRI is making governments more accountable and transparent.”

The roundtable featured a cross-section of the leaders in the democracy and governance community, with representatives of academic institutions, funding agencies and implementers.  The discussion began with presentations from the Open Government Partnership, the Sunlight Foundation and IRI on successful tools and practices used to combat corruption, and increase transparency and accountability.  The presentations were followed by an open discussion on identifying tools and best practices for increasing transparency, accountability and combating corruption.

In addition to the roundtable in Washington, IRI is hosting a series of activities in Mongolia oriented towards combatting corruption.  On December 9, IRI held a training of the Transparent Ulaanbaatar Academy, a civil service training program focused on ethics, and on December 15, IRI, along with the Ulaanbaatar mayor’s office, will host an event focused on the city’s progress towards fulfilling its anti-corruption action plan.

Combating Corruption
In Mongolia, IRI worked with the mayor of Ulaanbaatar to conduct a Vulnerabilities to Corruption Assessment, which helped identify which public functions are most vulnerable to corruption, how this corruption occurs and what steps can be taken to mitigate these risks.  The Institute is now working with the mayor’s office to implement an anti-corruption action plan which includes the creation of the Ulaanbaatar Transparency Academy to provide ethics training for civil servants, develop the city’s first whistleblower protection laws, and increase citizen oversight of public expenditures through the creation of citizen’s councils.  IRI is replicating this approach in other subnational governments globally.

IRI’s work in Colombia, Kyrgyzstan and Ukraine helps municipal governments’ set up one-stop shops, which allow citizens to access a wide range of public services at one location, thereby reducing the need to visit multiple offices to complete routine transactions, and eliminating avenues for corruption.

Through its GenY Leaders Xchange 4 Actions (GYLX4A) program, IRI provides young leaders in Cambodia and Thailand with the skills and tools to tackle corruption, promote integrity and encourage transparency in their local communities.  Through the program, participants are also provided with grants to start their own anti-corruption initiatives.  Building on this success, GYLX4A launched a new initiative, iFuturizing, which unites women in Cambodia to tackle corruption.

Sharing Best Practices
Based on its years of expertise and experience, IRI is developing the Building Democracy from the Ground Up manual which will share best practices for implementing transparency and accountability programs, ranging from fostering citizen engagement through technology, to social audits and public rendering of government budgets.  These practices demonstrate how local governments and citizens can work together to solve a variety of problems, enhancing capacity and trust on both sides.

Through its One Woman One Voice initiative, IRI is chronicling stories of women anti-corruption fighters throughout Indonesia and the Philippines.  From rural West Papua to the urban centers of Java, the stories create a powerful narrative of the role of women in fighting corruption across the Southeast Asia.

In Cuernavaca, Mexico, IRI worked with the Morelos Institute of Public Information and Statistics to create the Adopt Your Public Information Office, which became one of the leading state-sponsored transparency agencies in Mexico.  An IRI-sponsored weekly radio call-in show promoted two-way communication between municipal officials and citizens—becoming a model for other transparency initiatives.  These initiatives led to the establishment of the Institute for Access to Public Information in Oaxaca, which educates citizens on their rights to access public information and the accountable behavior they should expect from public officials.

IRI’s Baldytak project (your municipality) in Jordan uses an innovative mobile application to conduct informal citizen surveys in local communities throughout the country, tabulating results in real-time.  Through this project, IRI empowers citizen volunteers to identify and communicate the priorities and concerns of their fellow citizens to elected mayors and municipal councils in the interest of improving service delivery through participatory decision making.  To date, IRI-supported citizens’ committees in 19 municipalities have conducted 55,459 surveys using the Baldytak app.

Increasing Accountability
In Mali, IRI works with mayors and communal councils at the end of their five-year terms in office to assess their accomplishments.  Nearly 1,300 Malians have attended IRI-sponsored Restitution Days, where mayors present the results of these assessments, giving citizens the opportunity to ask questions and raise issues with their local elected officials.  As a result of IRI’s work, several mayors have reported an increase in citizens’ willingness to pay taxes, with one mayor reporting a 10 percent increase in tax revenue after Restitution Day.

In Nigeria’s Niger state, IRI supported the creation of an online scorecard which allowed citizens the opportunity to rate the performance of their elected officials and comment on their accountability, accessibility, responsiveness and transparency.  As a result of the program, citizens became more active participants in the political process and local elected officials renewed their commitment to increasing communication with citizens.